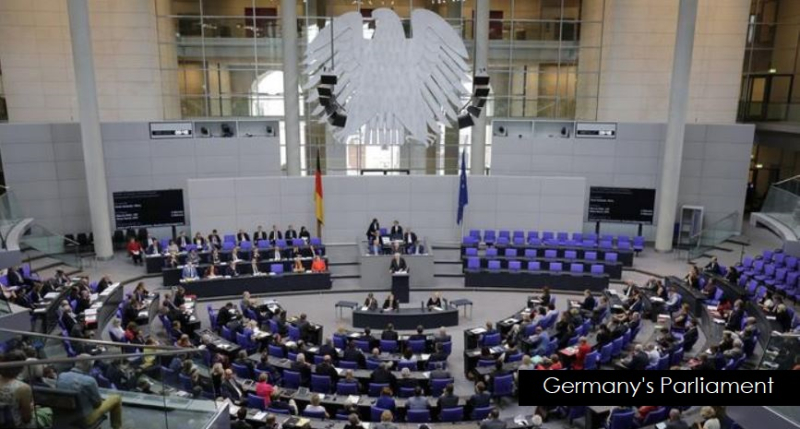 Last month Patently Apple posted a report titled "Another Day another EU Investigation into Apple's Business Practices. This time it's about the Restrictive Nature of Apple Pay." At that time the European Commission said it was taking a look at antitrust concerns involving Apple Pay. Last Friday we posted a report titled "E-Commerce in France is exploding and European Companies want Apple's Wallet App to be more Inclusive." We noted in that report that the EU Commissioner told reporters at at tech conference in Lisbon that "We get many, many concerns when it comes to Apple Pay for pure competition reasons." Today we're learning that it's likely Germany that has been pushing the EU Commission to punish Apple's Apple Pay service.

In a new report this morning we're learning that Apple stated earlier today that moves in Germany to force it to open up its Apple Pay mobile payments system to rivals could hurt data protection and the security of financial information.

More specifically Apple said in a statement that "We are surprised at how suddenly this legislation was introduced. We fear that the draft law could be harmful to user friendliness, data protection and the security of financial information."

A German parliamentary committee unexpectedly voted in a late-night session on Wednesday to force the tech giant to open up Apple Pay to rival providers in Germany.

The legislation, which did not name Apple specifically, will force operators of electronic money infrastructure to offer access to rivals for a reasonable fee.

Apple Pay, which lets people pay with their iPhones, is a fast growing area of the company’s business, one which threatens to undermine traditional banks’ long-standing dominance of retail payment systems. For more, read the full Reuters report.

In respect to economics and other key issues, France and Germany have proven to be anti-American and Silicon Valley-Phobic / Apple-Phobic. It makes the U.S. President's case that the time is close to going to war with Europe over tariffs, especially with Europe's leaders France and Germany.