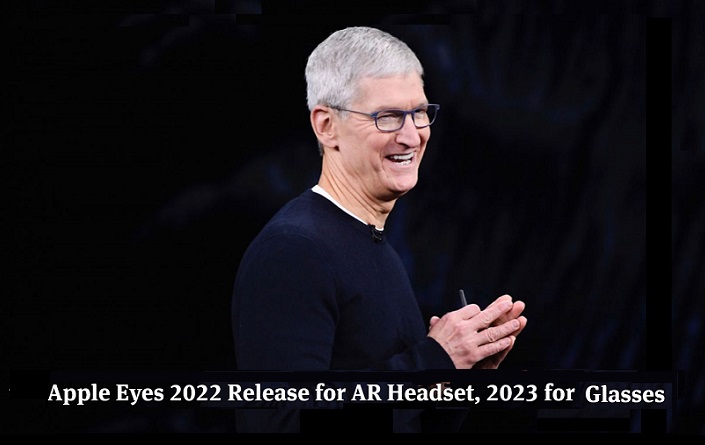 Apple fans were waiting for the new 16" MacBook Pro that never showed up. Excuses said it was a keyboard problem rather than a wrong forecast by Ming-Chi Kuo, an analyst at TF International Securities. This same analyst got most Apple news site chasing his forecast that AR Glasses were due to arrive in the first half of 2020. Now we're learning from The Information publication that Apple's AR plans are much futher out into the future.

The Information claims that they've learned that "Apple is aiming to release an augmented-reality headset in 2022 and a sleeker pair of AR glasses by 2023.

Apple executives discussed the timelines, which haven’t been previously reported, in an internal presentation to employees at the company’s Cupertino, California, campus in October, according to people familiar with the matter. Apple Vice President Mike Rockwell, who heads the team responsible for Apple’s AR and virtual reality initiatives, led the meeting, which included new details about the design and features of the AR headset, these people said. The product timetables run counter to recent analyst and media reports that said an Apple AR device could arrive as early as next year.

The group presentation was attended by enough employees to fill the 1,000-seat Steve Jobs Theater at Apple headquarters, suggesting Apple has a sizable team working on AR projects.

Sources told The Information that the headset, which will apparently toggle between augmented reality and a more immersive virtual reality, will take a similar shape to a more compact virtual reality head set from the Facebook-owned, Oculus."

The Apple image below is from an August 2019 Patently Apple report titled "Apple advances a Mixed Reality Headset with Hand, Body, Positional and Environmental Tracking Technologies."

The report also stated that Apple's headset will also reportedly boast some impressive capabilities that include 8k displays in both eyes and the ability for one to stand either in front of or behind augmented objects." This is a feature that Patently Apple has reported on several times this year in reports here: 01, 02, 03 and 04 reported on Nov.7.

The report further noted that the glasses, which are slightly more mysterious, will reportedly resemble high end eyeware, though it will have thicker frames capable of housing key technology.

Apple is reportedly considering technology that would darken the glasses lenses when using augmented reality - a feature that would alert those around you that the device's AR is engaged. This is again is supported by an Apple patent that we reported on back on in late October titled "Apple Invents Augmented Reality Glasses using Photochromic Lenses." 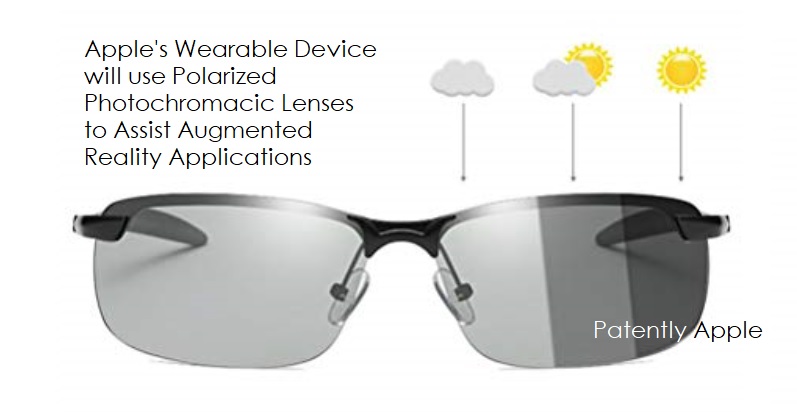 For more details on this story, review The Information report (behind a paywall). Will  analyst Ming-Chi Kuo get it right or miss the boat again? Did The Information get the story right, or did someone cobble together a series of Apple Patents and threw a dart on the wall for a time frame for Apple's future headset or glasses? As always, only time will tell.