While the PC Industry Experienced its best Quarter Since Q1 2012, Apple and HP grew faster than the Market Average 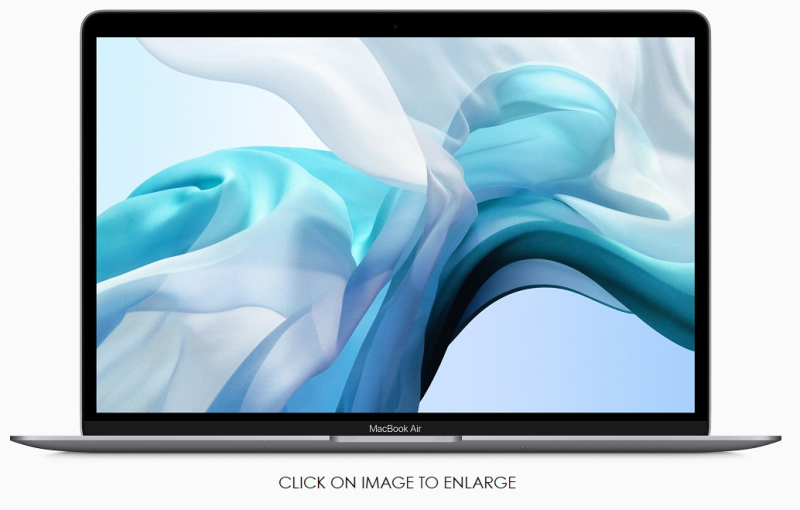 While Lenovo slightly beat out HP for top spot, Apple (1.5% growth) came in fourth behind Dell and slightly ahead of Acer for Q3 at 0.8% growth as the chart below proves out. The top 5 PC vendors accounted for 79.6% of the total PC market share in Q3. 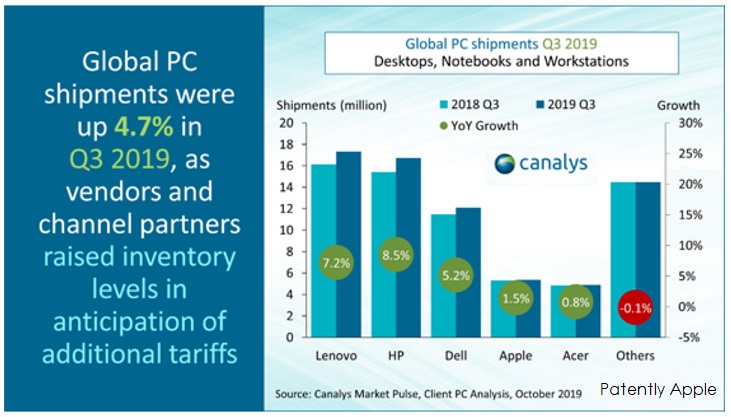 Intel held back sales of PC's with ongoing CPU shortages with 14nm and AMD's new 7nm can't keep up with demand due to TSMC stretching out deliveries from 2 months to 6 months because market demand is so high.

While the report states that Apple and HP are growing faster than the market average, they failed to provide specifics. Of course reality would dictate, at least for Apple, that delivery of Apple's first 8-core MacBook Pro in May and back-to-school updates for the MacBook Air and MacBook Pro were behind most of that growth. For more on this, read the full Canalys report.

IDC covered PC stats for the Quarter as well today and claims that Apple's market share declined by 6.1% while Lenovo, HP and Dell experienced growth. Why the two analytical reports are so widely different on Apple's performance is a little disturbing. Though at the end of the day, Apple's strong line-up it would suggest that Canalys captured Apple's performance best.