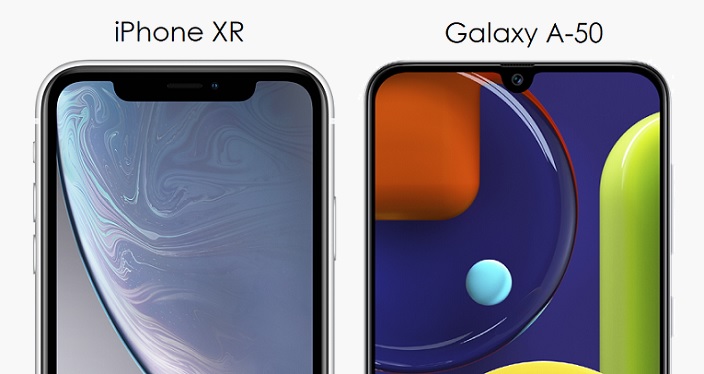 Another quarter another set of smartphone stats. Earlier today we posted a report titled "China Smartphone Stats Show Huawei Delivered 40% Growth in Q3 and 63% Year-on-Year while Apple Declined 14% YoY." In our second statistical report of the day we're presenting charts covering the top five smartphone models in 7 top markets including the USA, UK, France, Germany, Japan, China and South Korea. How did Apple's iPhones do in Q3? Let's take a look.

In the U.S. market chart below it was surprising to see that iPhones didn't sweep the market. More surprising was that the top three iPhone models were those on the lower end, shutting out Apple's higher end iPhone Xs and Xs Max models.

On the flip side, Samsung took spots 4 and 5 with their Galaxy S10 and S10 Plus models. It appears that Samsung fans in the U.S. went for Samsung's higher-end models contrary to Apple fans. In the UK's chart above, the iPhone XR took top spot while the iPhone 8 took fifth spot. Samsung took spots 2,3 and 4. The second and third placed phones were the Galaxy A50 and A70 models while the fourth spot was taken by the Galaxy S10 5G, the only 5G model in the top 5; clearly a market opportunity lost for Apple.

In Germany's chart below, Samsung took 4 out of the top 5 spots with the iPhone XR taking third spot tied with Samsung's A40 and A70 phones. 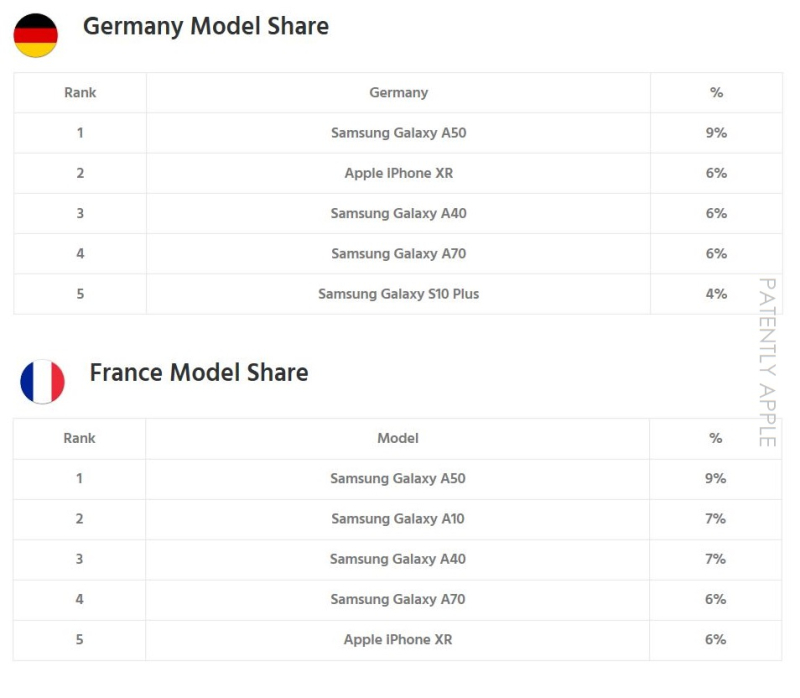 In France's chart above, Samsung once again took 4 out of the top 5 spots with the iPhone XR tied for the forth position. France apparently loves Samsung's new A-Series of phones as the A50, A10, A40 and A70 were the winners for the quarter.

In the chart for Japan below it was an iPhone sweep taking all 5 spots. While the iPhone XS took the fourth spot, it was Apple's economical phones that won the quarter with the iPhone 6s taking the fifth spot. In China and South Korean charts above Apple was shut out completely. In South Korea, the Samsung Galaxy S10 5G took the top spot with a whopping 26%. A new report translates that to being roughly 3.5 million phones. It's clear that in Korea, Apple lost an opportunity to challenge Samsung on the 5G front. That of course will change in Q4 2020.

I must admit that it was a little surprising to only see Apple's iPhone Xs make it to the top of one out of 7 markets. Perhaps at that point in the calendar Apple fans held off for the new iPhone 11 models.

Will the new iPhone 11 models be able to crack South Korea and China during the holiday quarter? While I think that's more than possible, as always, only time will tell.

The bulk of smartphones winning in the market today offer quality mid-tier models with at least a 6" display or higher. Having the fastest processor, like the PC race once pushed, isn't impressing any consumers beyond the elite.

Apple needs more than just a single entry smartphone if it's to regain its lost market share and be able to remain in the top five race in China. Samsung waited too long to push their new A-Series and have now been wiped out in China.

That rumored entry iPhone that is reportedly in the works for mid-to-late H1 could be what's needed in the Chinese and other emerging markets.