Samsung announces that their Operating Profits fell 56% in Q3, their second Disastrous Quarter in a Row 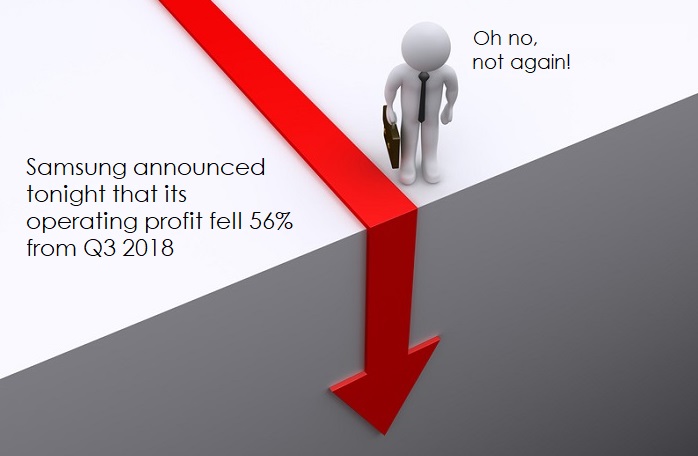 In July Patently Apple posted a report about Samsung's Q2 2019 operating profits falling 56%. A couple of weeks ago Samsung hinted of another bad quarter and like clockwork Samsung Electronics made it official today by announcing that its operating profit for the three months ending in September fell 56% versus the same period a year ago.

The number beat revised guidance the company provided earlier this month. It hinted at a slow recovery in the semiconductor space, where chipmakers have struggled due to low prices and demand for memory chips.

No matter how they try to spin this, two back-to-back disastrous Quarters is nothing but bad news. And with their leader back in court on bribery charges, it's a dark time for Samsung. 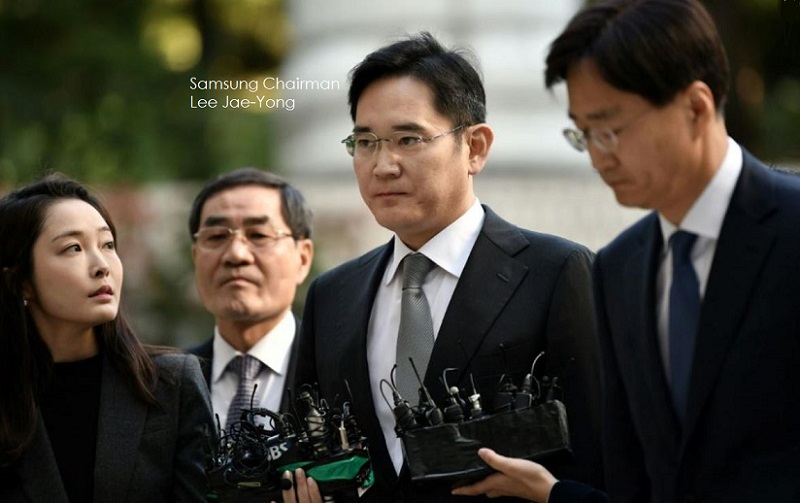 Samsung's announcement comes on the heels of their rival Apple announcing their best fiscal Q4 in its history. Apple delivered a solid quarter without offering a 5G phone or one that folds or giving in and selling smartphones at half price like Samsung.