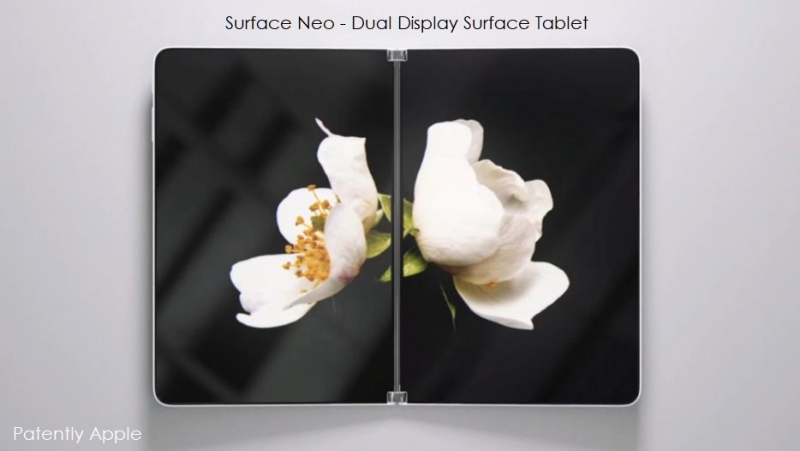 Patently Apple and Patently Mobile have been reporting on Microsoft's patents pointing to future foldable devices for years now (01, 02, 03, 04, 05, 06, 07, 08, 09, 10, 11 and more) and so it wasn't a shock to learn about Microsoft's future foldable Surface tablet and foldable Surface smartphone coming to market in Q4 2020. The new devices will run on Android OS and will use a custom processor designed by Intel specifically for next-gen foldable devices. 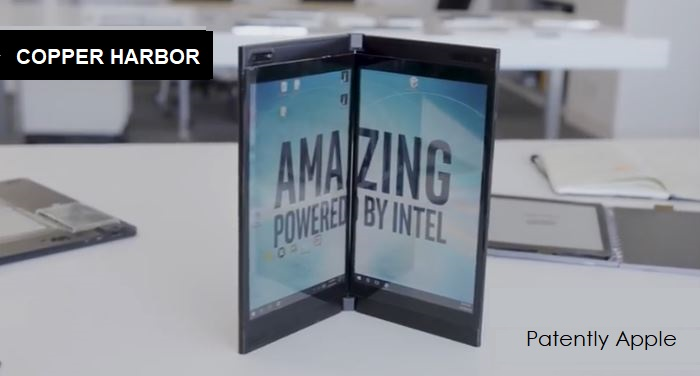 While I wasn't shocked by the announcements, I must admit that it was a bit of rush when the Surface phone was revealed. Over the years typical naysayers wrote into us about our Microsoft patent coverage and basically stated that such future products were not only stupid but that they would never see the light of day. Today's revelations confirm that the patents filed by Microsoft were in fact about the products coming to market in Q4 2020.

Designing a new product, especially in a new category, takes time as each team has to develop and write patents in order to protect the company's future devices; something that younger tech fans just don't appreciate. The reaction was the same when we reported on Apple's patents showing an interest for a phone-like device. Naysayers a dime a dozen.

In mid-June Patently Apple posted a report titled "Apple is working on Foldable Devices and it wouldn't be Surprising to see Apple take on Lenovo with a Folding iPad Pro." It appears that Apple will now be under a little more pressure to catch up with the next wave of devices.

Of course it's a whole year away and Apple certainly has the patents supporting such devices that they could bring to life.

This is a massive offensive move on Microsoft's part and it's been one that they've been waiting for while Apple was taking the limelight with their iPhone. Microsoft has wanted to get the leap on Apple – and this could be it if Apple doesn't respond. The gloves are off and the call to war has been made.

So why didn't they just release their products today? Microsoft's Panos Panay said that developers would need to time to write great apps for their new hardware and software / Windows 10X, Microsoft's new mobile OS.

Microsoft also likely wants to give their Wintel partners time to finish their own foldable products that will be coming to market next year. I say that because I reported last month that Microsoft and Intel were writing standards for future foldable devices. Why create standards if there aren't partners to support them.

Unless Microsoft's foldable products are priced out of reach for most consumers, and that's certainly possible, this will be a threat to many industry players in the Android world as well as to Apple. At the right price, both of their new devices have the potential of being killer devices.

With the Nokia phone acquisition spectacularly blowing up in their face, critics may write off Microsoft's coming devices. Yet supporting Android may change the market equation, especially in the U.S. smartphone market.

In the end, Microsoft fans must have been blown away by today's revelations. Knowing that Microsoft will finally be taking Apple head on with next-gen devices is certainly going to revive the war between these two communities.

I'm equally sure that some Apple fans are hoping that the threat of great new Surface devices will force Apple to stop playing it safe and deliver some great new hardware devices. That's why having talented competition is a good thing for the market. 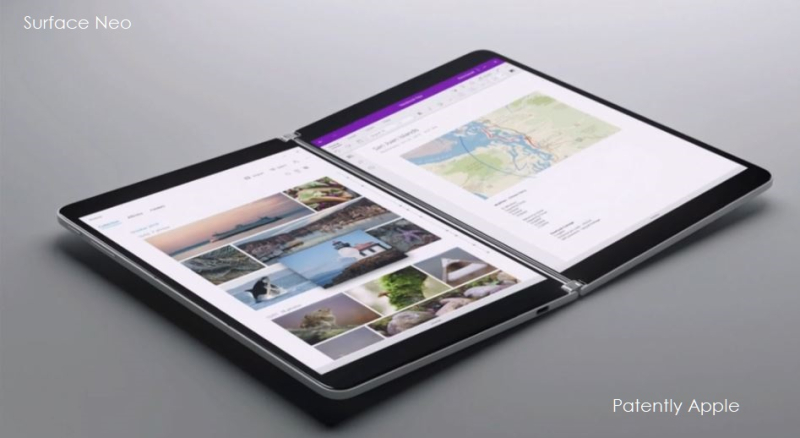 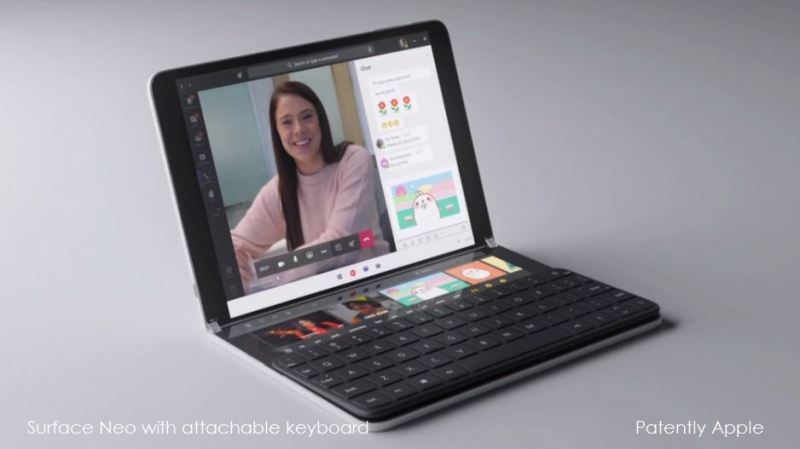 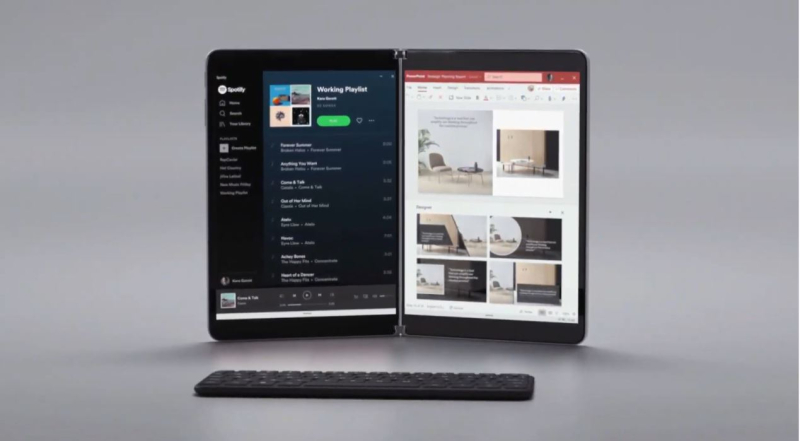 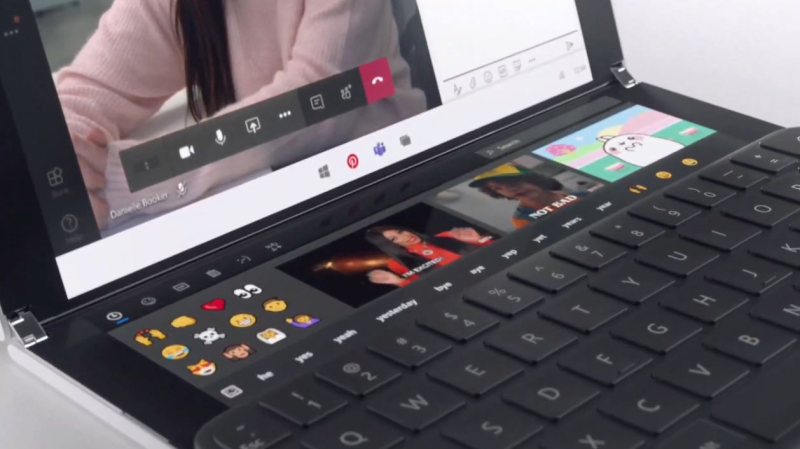 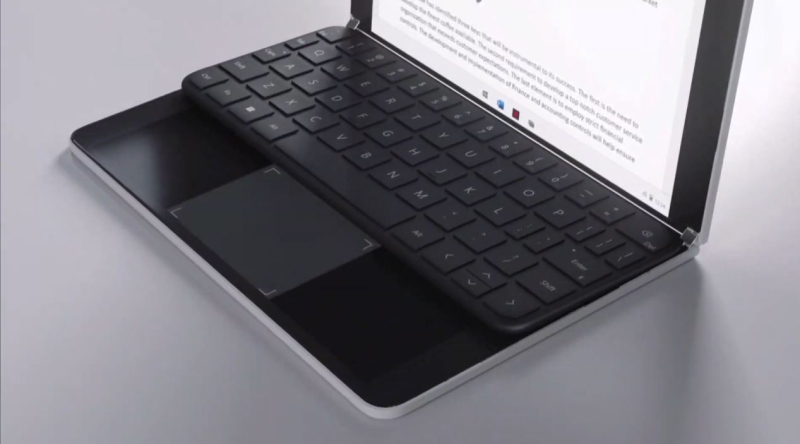 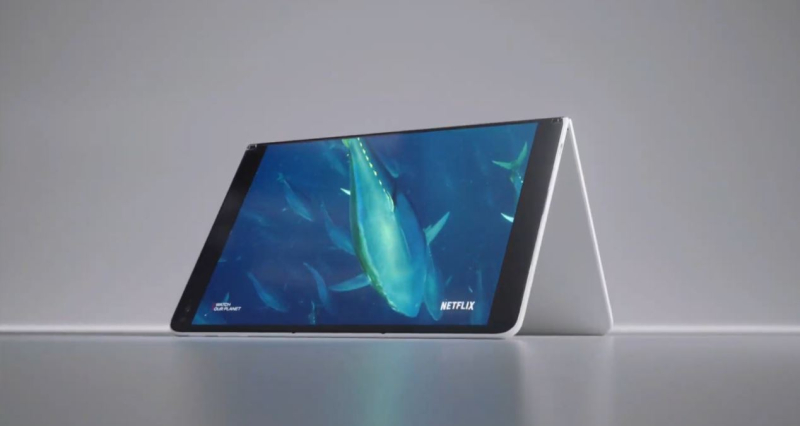 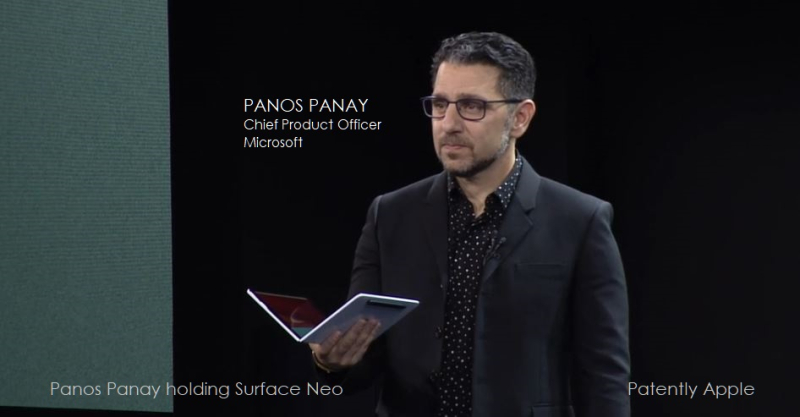 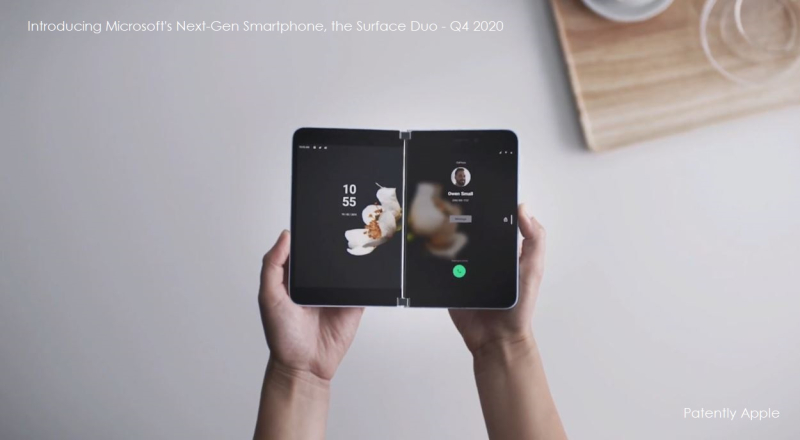 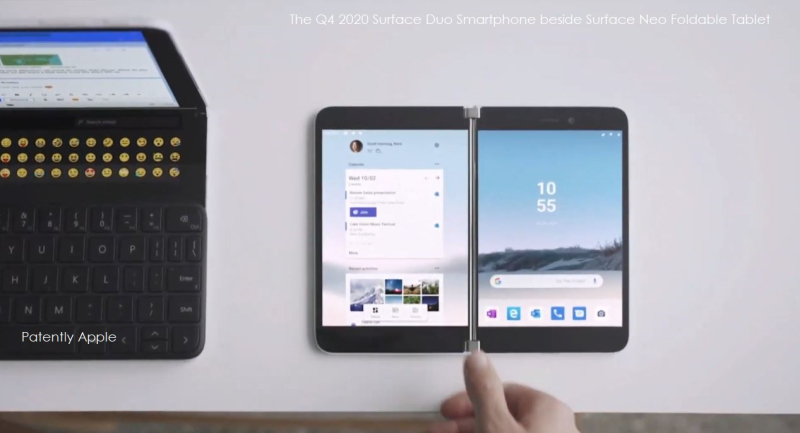 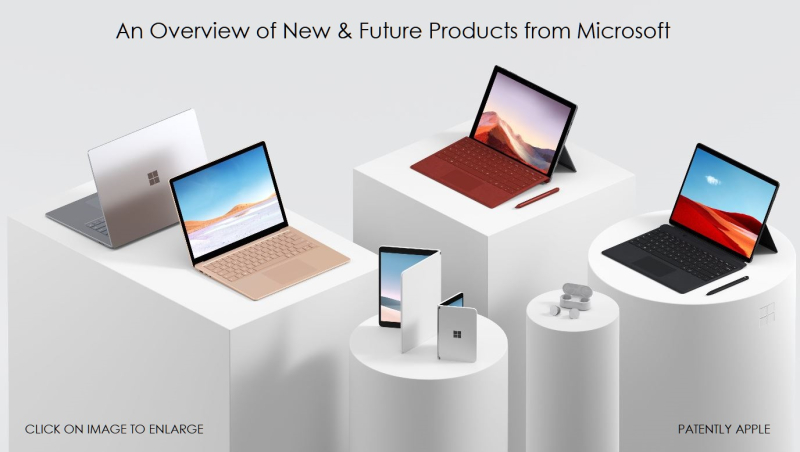 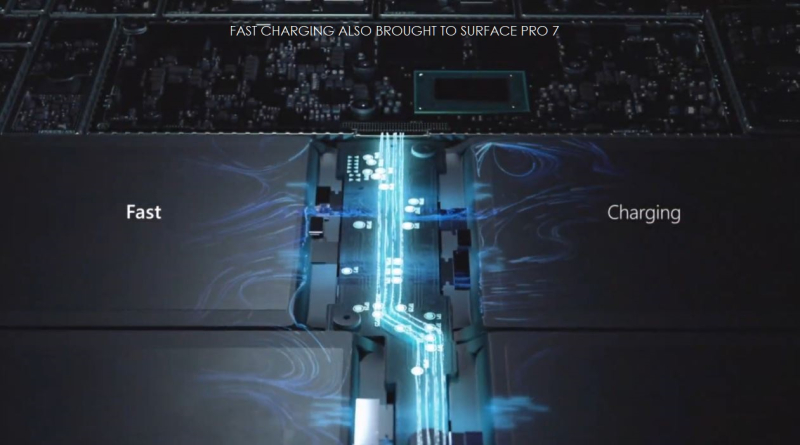 Lastly, Patently Apple posted a report last Sunday about Microsoft's next-gen Fast Charging battery technology that would be used in form factors shown as a handheld, a Surface tablet and a Surface notebook. Today Microsoft presented their new Surface laptop 3 with Fast Charging as noted in the image above from their keynote. While we can't confirm whether their first-gen fast charging feature is using their patent pending technology, it's likely to be used in the next-gen foldable devices in 2020 where it really counts.  Microsoft emphasized Fast Charging being a collaborative effort for the new Surface laptop 3 with Intel and AMD to achieve an 80% charged level in an hour.

And of course, a Microsoft keynote by Panos Panay has to drive home that their products are just better than those by competitor Apple. Click on the image below to see that the slide in Panay's keynote states that the Surface Laptop 3 is "3x Faster than a MacBook Air." 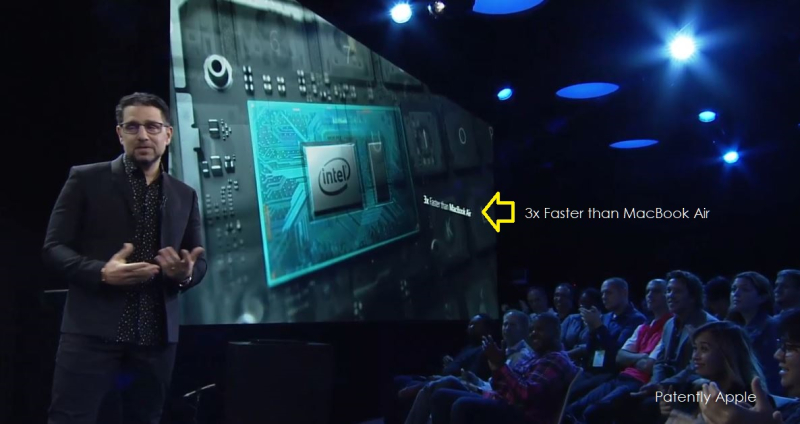