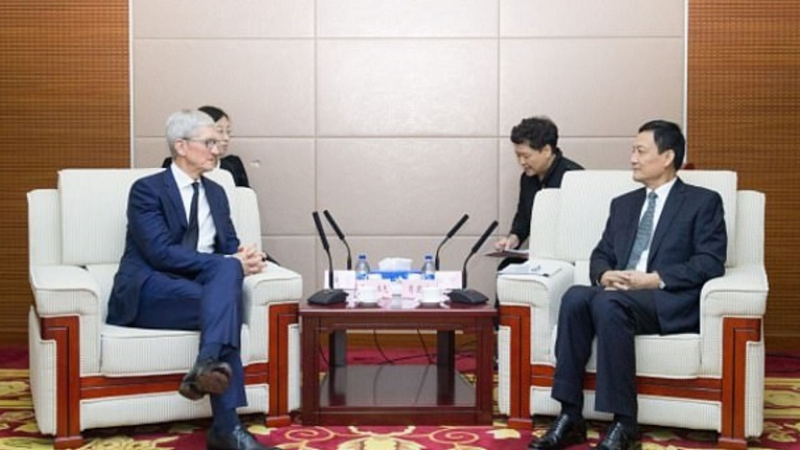 It's clear that Apple has been torn between supporting Hong Kong protesters and appeasing those in Mainland China. After first rejecting the app, Apple changed course and approved HKmap.live on Friday October fourth. After the Chinese Communist Party's 'People Daily' newspaper erupted in anger on October eighth over Apple allowing the HKmap.live App for download, Apple immediately reversed course and pulled the app. That in turn triggered angry responses from U.S. politicians, Democrat and Republican alike, for Kowtowing to the Chinese government. For Apple, it's simple. Appease the Chinese Government or lose the Chinese market for iPhones.

Not only did Apple bow to the pressure by the Communist Party, Apple's CEO Tim Cook flew off to meet with the chief of China’s market regulator Xiao Yaqing (pictured above) in Beijing yesterday to smooth things over.  CNN added that the Chinese Government characterized it as a "deep discussion" on a wide range of issues.

The Reuters report stated that "Apple's CEO also took the time to discuss expanding investment in China, consumer rights protection and fulfilling corporate social responsibility, according to a statement made by China’s State Administration for Market Regulation."

The meeting also comes days before China holds the World Internet Conference in Wuzhen in China’s eastern Zhejiang province. Whether Apple will be attending the conference is unknown at this time. For more, read the full Reuters report.