Apple's CEO has been named the new Chairman of the Advisory Board of the School of Economics in Beijing, China 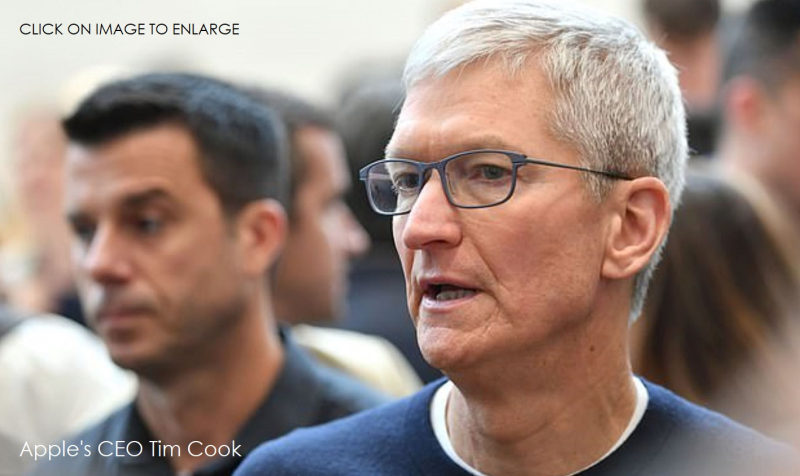 On Friday Patently Apple posted a report titled "Apple's CEO met with China’s Chief Market Regulator after the Communist Party Exploded in anger over the HKmap App Controversy." The meeting actually took place on Thursday, North America time. We're now learning from a new Chinese report published today that the day after the meeting with China's Chief Market Regulator, Apple's CEO Tim Cook became the new chairman of the Advisory Board of the School of Economics and Management (SEM) of Tsinghua University in Beijing, China.

According to Tsinghua University SEM’s public WeChat account, the 20th meeting of the advisory board was held at the Beijing campus on Oct. 18. The meeting was chaired by Cook, with 35 members in attendance.

Cook’s role will be to promote development of the college and make it a world-class economic management school. His mandate will last from 2019 to 2022.

The advisory board was established in 2000. It comprises entrepreneurs, business school deans, scholars, leaders of the Chinese Communist Party (CCP), and financial departments.

Although Cook has met with high-level Chinese executive officials in recent years, many of Apple’s initiatives have been "looked down on" by China, according to CNA (The Central News Agency is the state-owned news agency operated by the Government of the Republic of China).

The report further noted that "Apple was recently forced by the CCP to remove a crowdsourced map service from its App Store that allowed Hong Kong protesters to track police activity. Cook defended the removal in an email to employees and emphasized the app was removed for illegal use."

It's unknown at this time if Apple was actually "Forced by the CCP" to remove the maps app as the report suggests or whether it just happens to be the reporter's personal belief of what took place.

If true, being "Forced by the CCP" would definitely be something that U.S. Senators would like more information on, to be sure. A letter was sent to Apple's CEO on Friday that was signed by Senators Ron Wyden, Tom Cotton, Marco Rubio and Ted Cruz along with three Members of Congress that you could review here.

In the end, would Apple's CEO be the new Chairman of of the Advisory Board of the School of Economics and Management (SEM) of Tsinghua University in Beijing, China if Apple didn't remove the map app? Likely not considering that leaders of the Communist Party sit on the board. If anything, it sheds a new light on the recent controversy.