The U.S. Patent and Trademark Office granted Apple 64 newly granted patents today. In this report we cover patents for Memoji technology, future acoustic display based audio, Apple Watch heart rate sensors and more. We wrap up this week's granted patent report with our traditional listing of the remaining granted patents that were issued to Apple today.

Apple Granted Patent 10,430,645 for "Facial recognition operations based on pose." This patent came from the acquired company Faceshift that lead to Animoji and Memoji with the help of Apple engineers.

Apple Granted Patent 10,427,374 for "Seamless spacer fabrics for electronic devices." The patent covers the seamless spacer fabric on HomePod. Patently Apple covered this as a patent application back in 2018 in a report titled "Apple Engineers invented a new way to make Spacer Fabrics Aesthetically Appealing for HomePod." 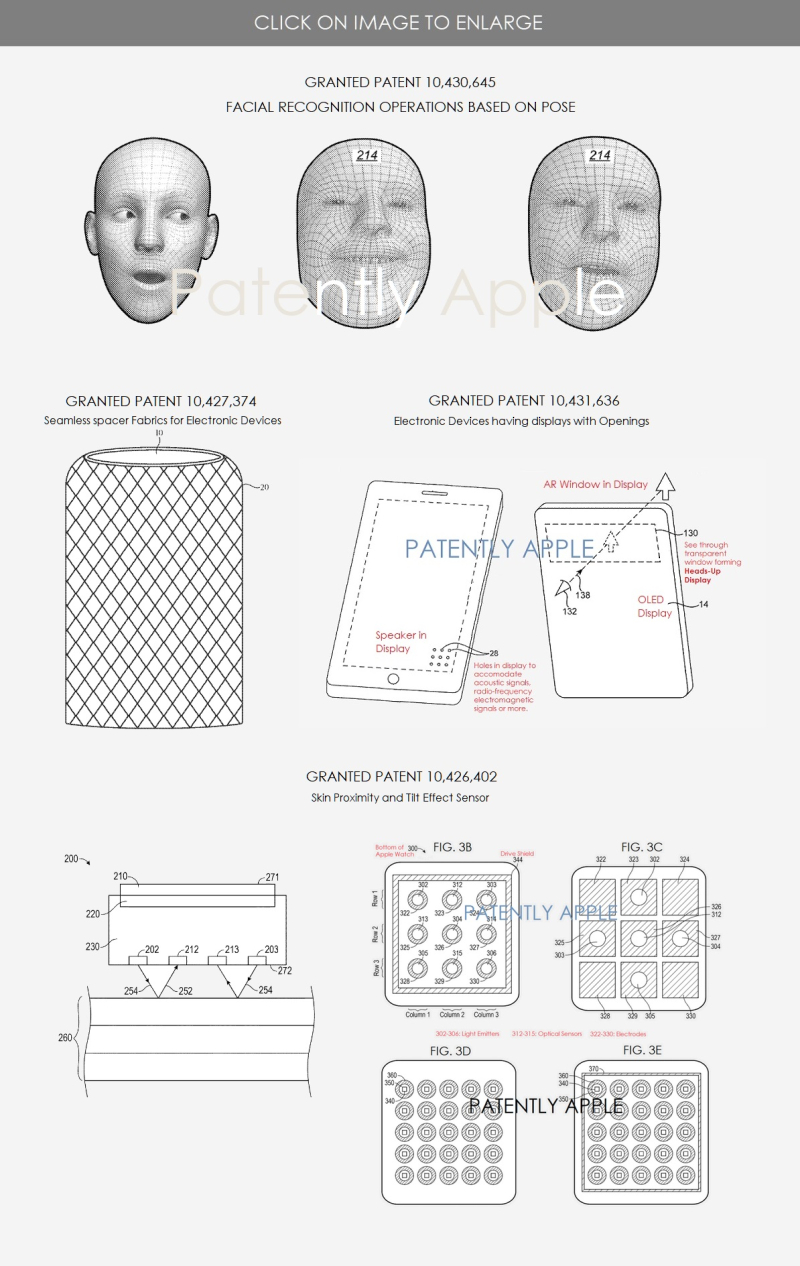 Apple Granted Patent 10,431,636 for "Electronic devices having displays with openings." Patently Apple covered this invention in two patent application reports; the first in 2017 and the second in 2018.  In 2017 Sony introduced their an OLED TV with "Acoustic Surface" audio where the sound comes through the display, something that Apple's patent supports as a front facing speaker.

Xiaomi showed off their future smartphone called the Mi Mix Alpha which offers a wraparound display (like Apple's 2013 patent) and "display acoustic technology," as pointed out below. This is what Apple's granted patent will be able to offer future iPhones if Apple so chooses to go that route. 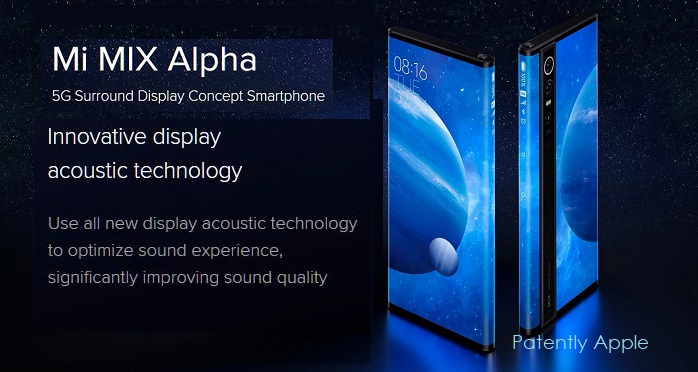 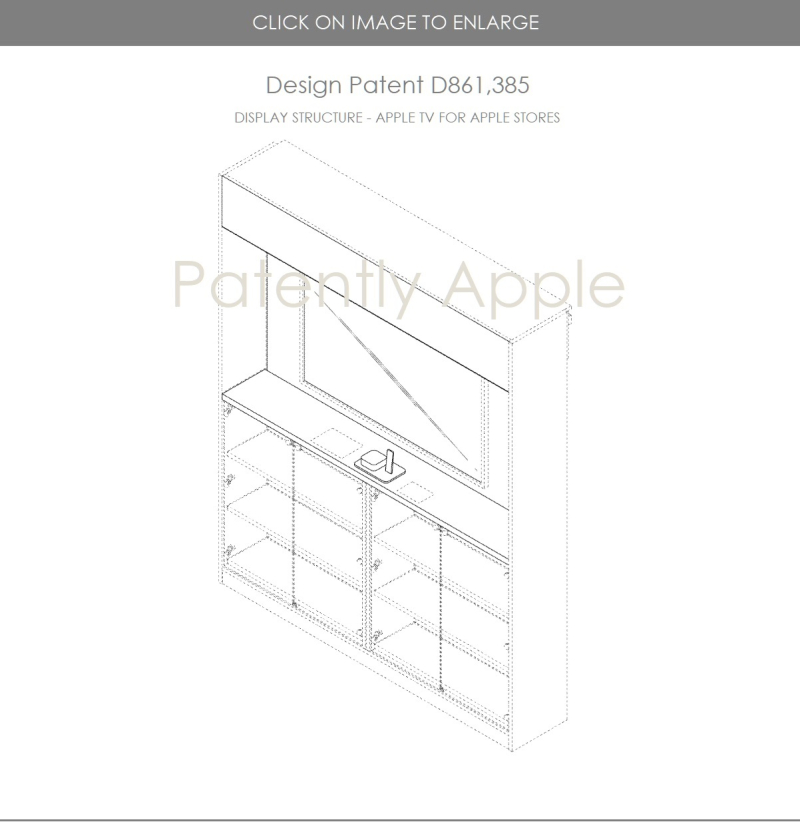 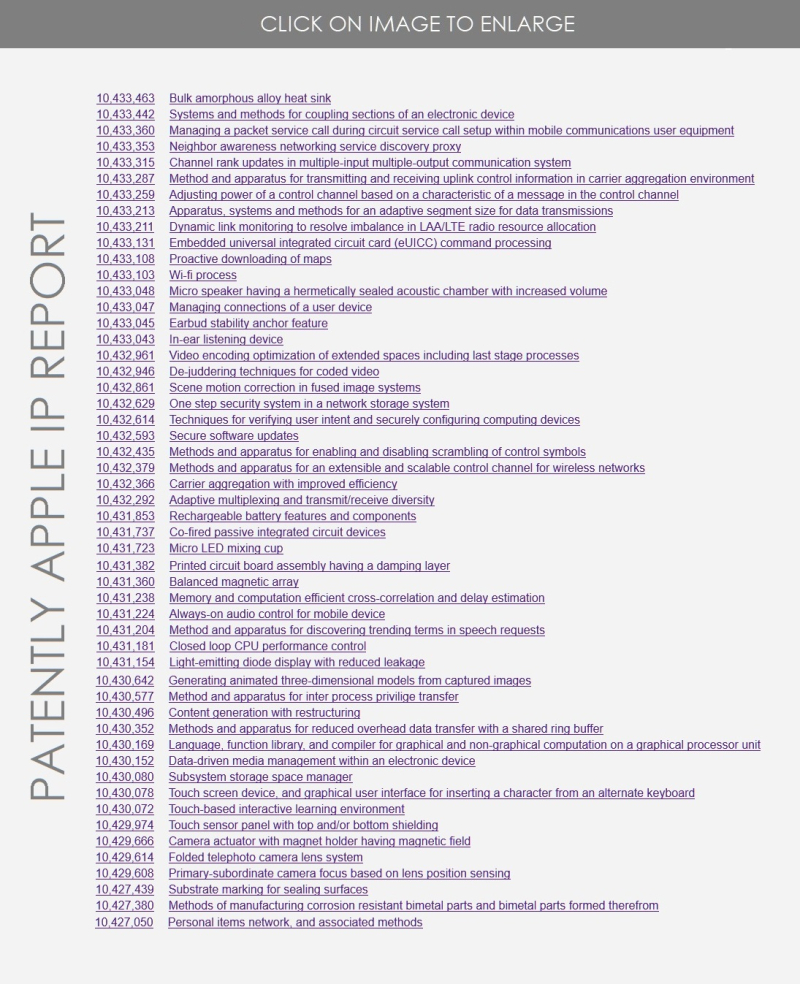