The U.S. Patent and Trademark Office granted Apple 42 newly granted patents today. Our final granted patent report of the day covers three patents. The first covers Apple's work on future hybrid quantum dot display. The second covers Apple's work on health studies and the third covers 3D Model support for augmented reality apps in iOS. Apple was also granted a design patents for the iPhone 5s and SE which is interesting considering that the SE may be making a comeback in 2020. We wrap up this week's granted patent report with our traditional listing of the remaining granted patents that were issued to Apple today.

Apple's newly granted patent covers their invention relating to a possible future display system that will use hybrid emissive light emitting diodes (LEDs) consisting an OLED subpixel and a QD-LED subpixel. It's a new kind of display being considered for future iDevices.

Apple's patent FIG. 6 below is a schematic cross-sectional side view illustration of a hybrid pixel including a patterned quantum dot layer. 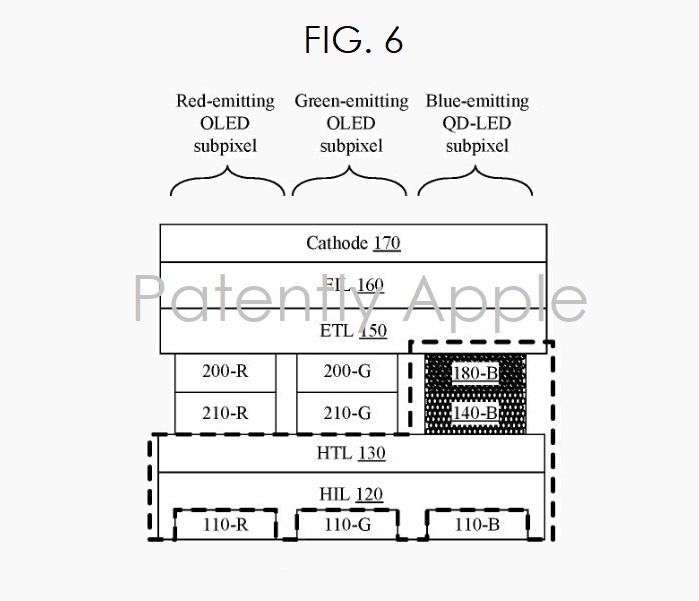 What's new in this granted patent? Mainly the addition to this invention is found in Apple's patent claim #6 which is entirely new.

There were other small changes or tweaks to their description of a nanoparticle electron transport layer. 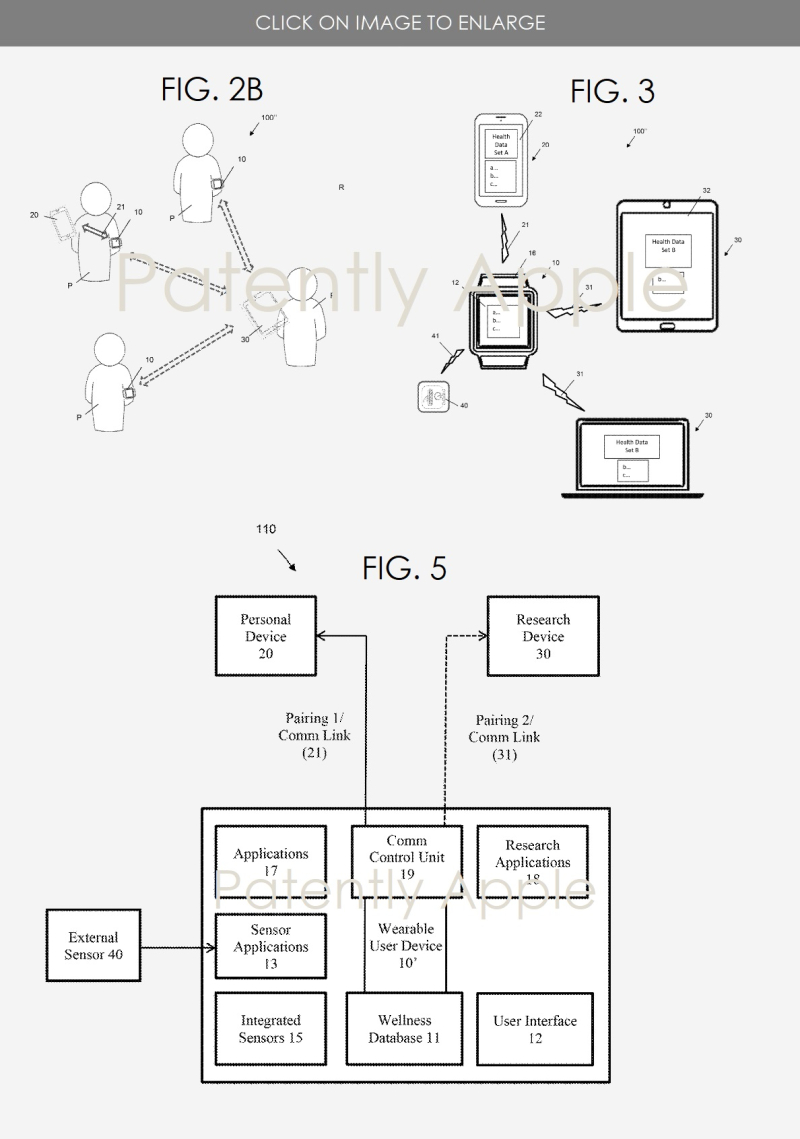 For those interested in diving deeper into granted patent 10,460,834 can do so here.

Today Apple was granted a second patent relating to devices, methods, and graphical user interfaces for system-wide behavior for 3D models. Apple's first granted patent for this invention was published and covered by us in July 2019. 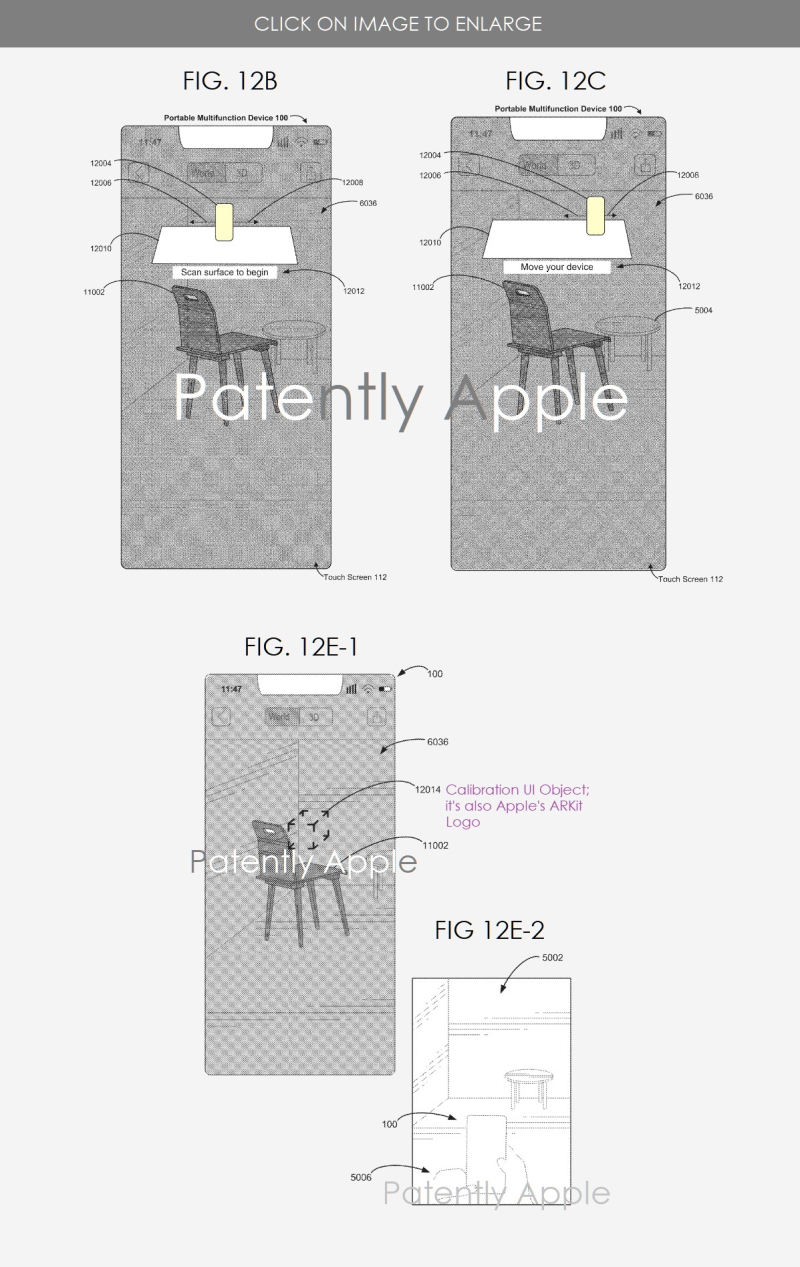 What's new to this granted second granted patent 10,460,529? As always, the additions to a granted patent are found in Apple's patent claims. The changes are peppered throughout the 51 claims.

One of the additions was found under the title "A Computer System" which covers patent claims #20 through to #35 where they've added verbiage describing "a request to rotate the virtual three-dimensional object about a first axis …" that was absent in the January granted patent.

This AR related invention relates more to how AR works on Apple's iPhone and iPad rather than a future headset.

Normally a design patent for an older iPhone wouldn't be something worth reporting on. However, it's interesting that Apple was granted two design patents (D864,949 and D864,950) for designs covering the iPhone 5S and iPhone SE that may be making a comeback to market in H1 2020, according to Apple analyst Ming-Chi Kuo. 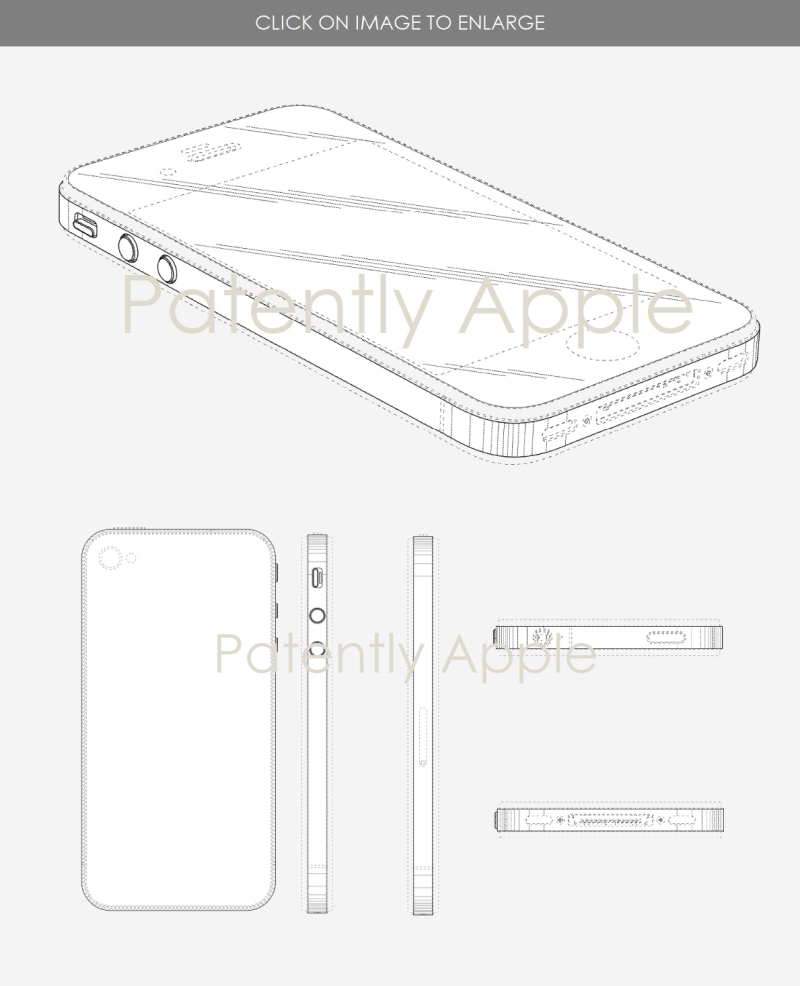 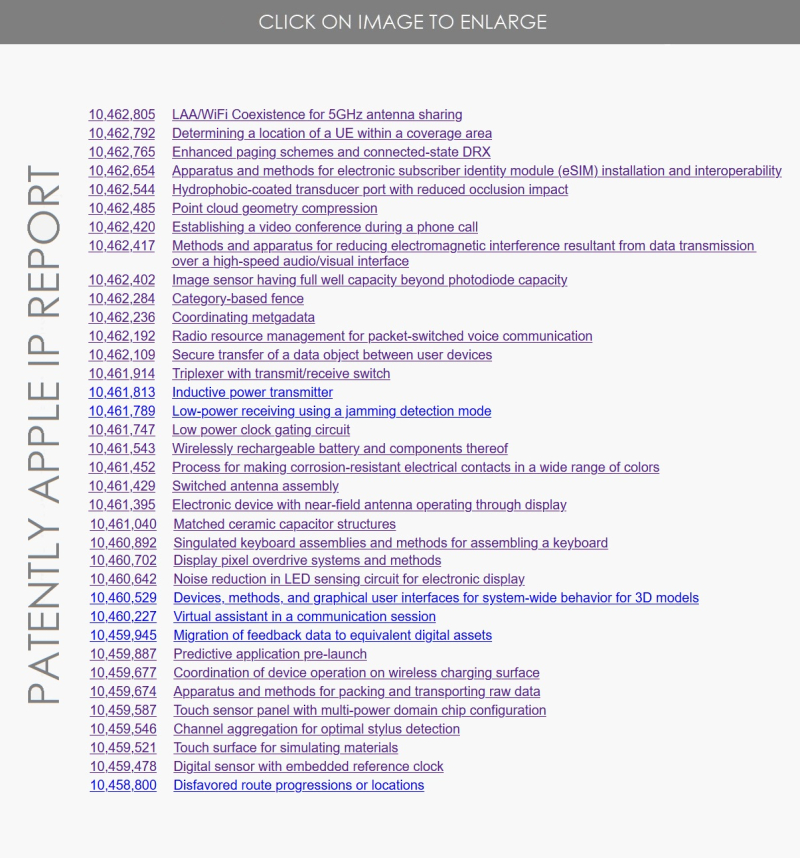