Apple was granted a couple of eye-tracking patents this summer (01 & 02) and both of them stemmed from Apple's acquisition of Germany's SMI SensoMotoric Instruments which Apple Acquired back in July 2017. Today Apple was granted their third eye-tracking and yet again it stems from the work done by SMI.

For example, the pupil position can be found by first searching for the pupil in the image and then calculating the pupil center, for example, by finding the center of the pupil contour points.

With regard to eye trackers and eye tracking methods in general there will always persist the need for enhancing accuracy and precision. The precision and accuracy of the gaze direction or other determined eye features mainly depends on how accurately eye features like the pupil or cornea reflections and their positions can be determined in the captured images.

Moreover, as eye trackers get integrated in more and more devices, like computers, cars, virtual-reality-glasses, and so on, it's also a need to provide very compact eye tracking devices and offering much flexibility.

The eye tracking device may also be a remote eye tracker, optionally integrated or coupled with other devices like a computer, displays, monitors, and so on. The capturing unit may comprise one or more cameras, light sensors, like image sensors, for example a CCD sensor or a CMOS sensor.

In general, the processing unit may be a processor, a controller, a microcontroller or any kind of integrated circuit. The optical system can comprise any optical elements like one or more lenses, prisms, beam splitters, mirrors, reflectors, light guides, collimators, and so on. 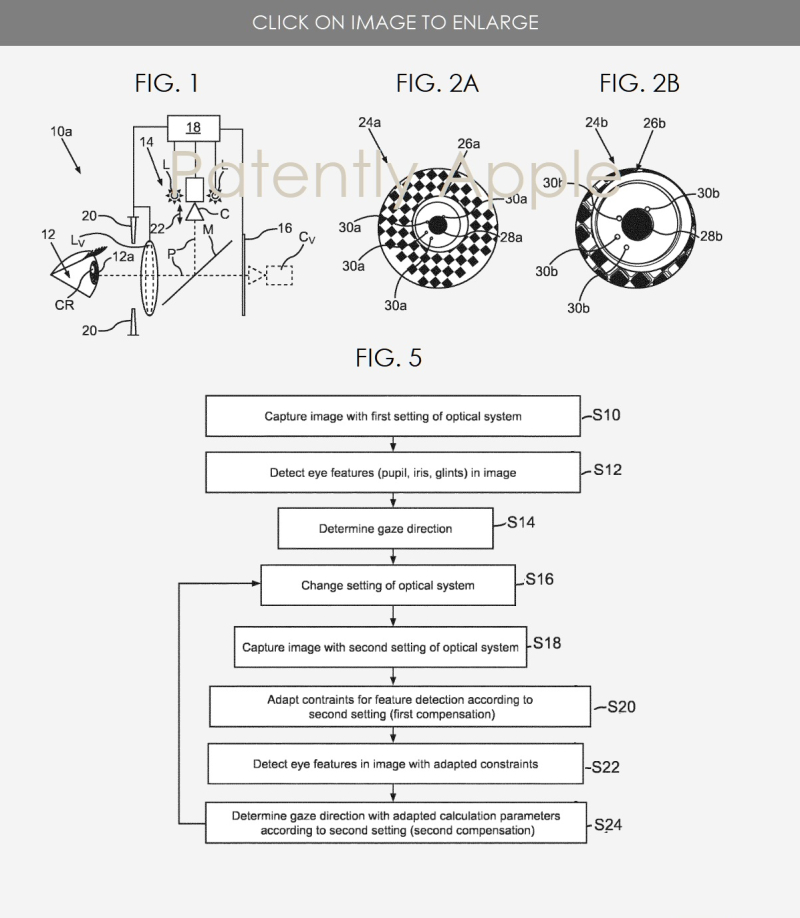 Apple's patent FIG. 5 above is a flow chart illustrating a method for operating an eye tracking device.

Apple's granted patent 10,437,327 was originally filed in Q4 2016 and published today by the US Patent and Trademark Office.