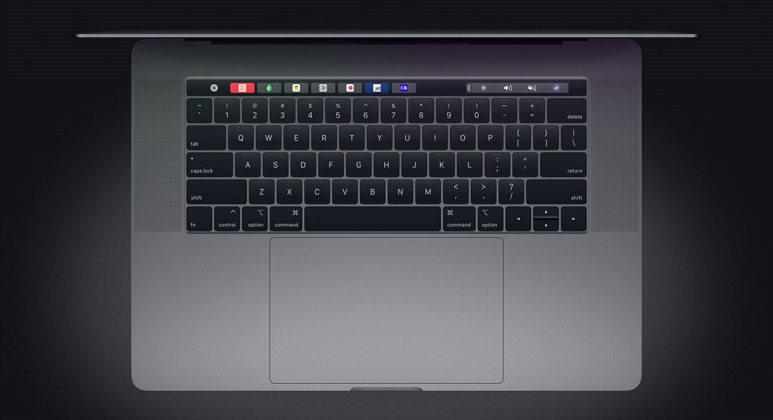 The U.S. Patent and Trademark Office officially published a series of 42 newly granted patents for Apple Inc. today. In this particular report we cover one of Apple's long standing inventions related to advanced haptics that could simulate heat on a MacBook Trackpad.

Apple's original work on this was first covered in a patent report that we published back in Q2 2015 that Apple filed in 2013. A second patent application for this invention was covered by us briefly back in Q3 2016. Today Apple was granted this patent under number 10,459,521. 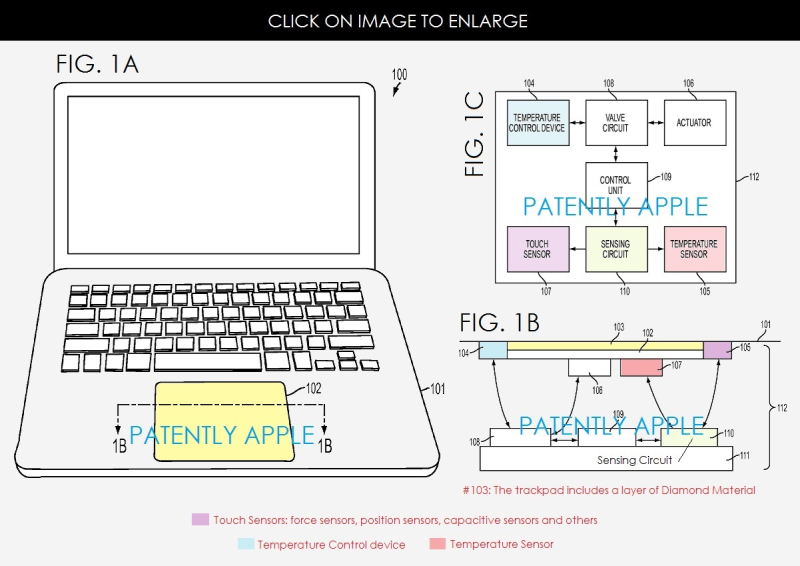 Apple's patent FIG. 1C above is a block diagram illustrating an example functional relationship of the components of the touch device system of the example system of FIG. 1B.

In this granted patent we found that patent claim #8 added something new that the other applications didn't cover. It's about an "electronic device" as follows:

Our 2015 patent report noted that Apple originally filed for this patent back in Q4 2013. Today's granted patent was issued under 10,459,521. Check out our original report for more details and patent figures here.