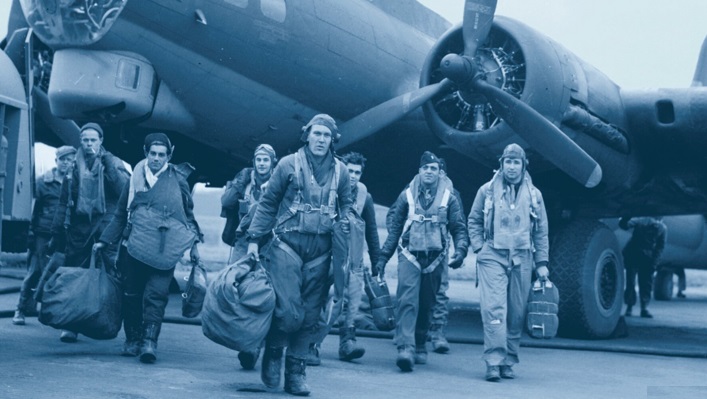 Apple is set to produce its first in-house series titled “Masters of the Air”and will stream exclusively on Apple TV+.  There were reports, like this one, that surfaced last year believing this was to be an HBO series. Filming had reportedly started while scouting for more locations was ongoing and then news of the series died.

In the video below that was made in 2017, the author of the book talks about the new HBO series. The fact is that it wasn’t made with HBO and will now be filmed by Apple’s new studio.

The new Apple TV+ series will be a follow-up to the “Band of Brothers” and “The Pacific” series executive produced by Steven Spielberg and Tom Hanks.

The legendary duo are on board once again, which comes as no surprise given that Spielberg was a prominent figure at the Apple TV Plus launch event in March. “Masters of the Air” will also be a limited drama and represents the first series greenlit with Apple serving as the studio.

The tech giant has decided to name its internal studio Masters, and has placed worldwide video heads Zack Van Amburg and Jamie Erlicht in charge of overseeing it.

Based on the book by Donald L. Miller, “Masters of the Air” is said to follow the true, deeply personal story of the American bomber boys in World War II who brought the war to Hitler’s  doorstep. The series is being written by “Band of Brothers” alumnus John Orloff, who is also a co-executive producer.

The critically acclaimed “Band of Brothers” miniseries aired on HBO back in 2001, and featured “Homeland” and “Billions” star Damian Lewis in one of the lead roles. The show won a handful of Emmys and a Golden Globe, while its successor “The Pacific” was also an awards season success. For more on this, read the full Variety report.