Home Archives Contact Us Subscribe Twitter Facebook MeWe Patently Mobile
Apple's CEO has been named the new Chairman of the Advisory Board of the School of Economics in Beijing, China
Apple Won 43 Patents Today Covering a Future AR Headset, an Autonomous Navigation System and more 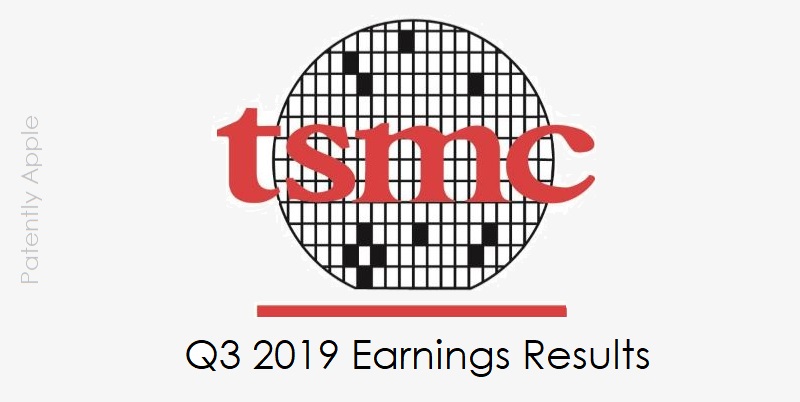 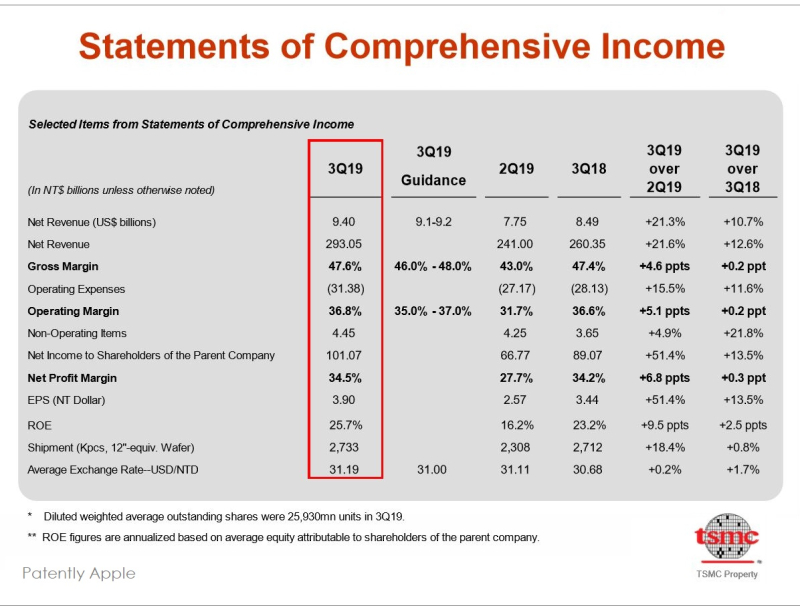 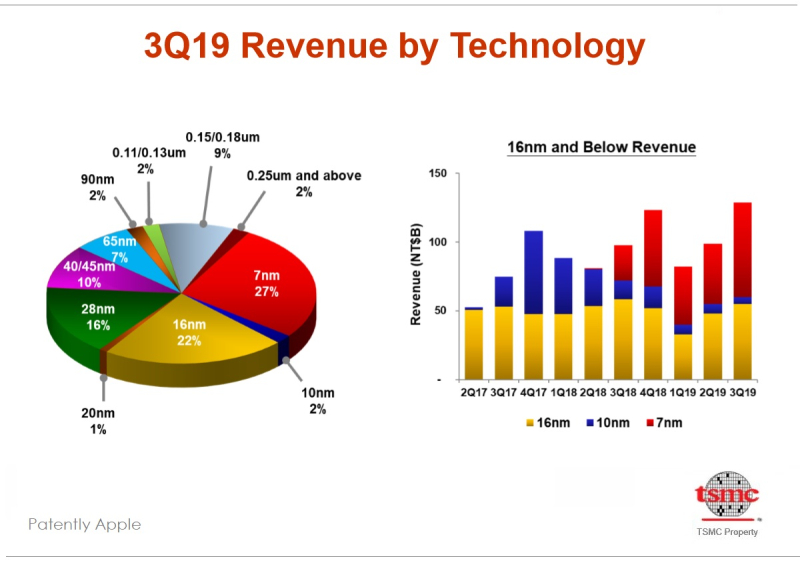 As TSMC's chart above proves out, 7nm leapt to the number one spot in terms of volume and profitability. 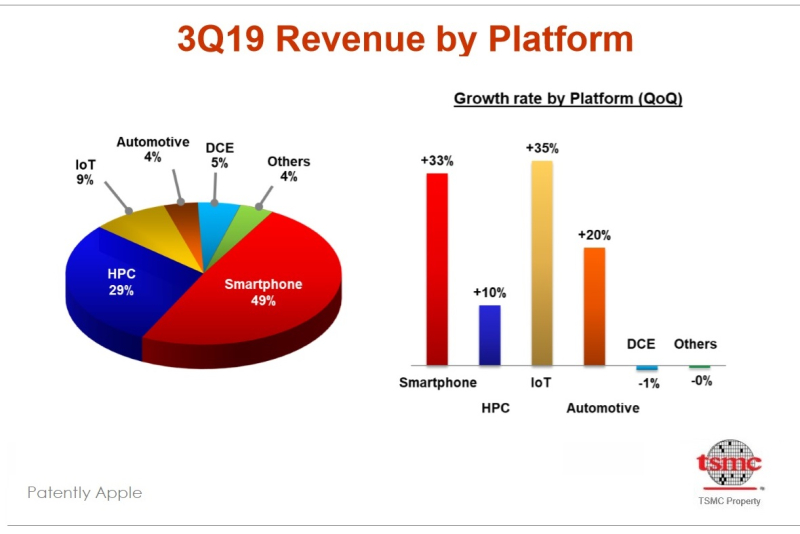 As TSMC's chart above proves out, Smartphones attributed 49% of TSMC's Revenue and 33% for platform growth. The fastest growth by "Platform" for TSMC was actually the IoT (Internet of Things) segment accounting for 35%, yet only providing TSMC with 9% of its revenue.

For those interested in knowing more specifics for Q3 2019, check out TSMC's detailed financials here.

While rumors abound that Apple will release a mixed reality headset in 2019, TSMC's Vice Chairman & CEO C.C. Wei made this statement during the company's opening statement:

"Now let me talk about the progress and development of 5G. 5G will drive AI applications and bring many benefits to the market. Performance will be greatly improved with data transmission speed up to 10x faster as compared to 4G network.

In addition, 5G latency will have about a 90% reduction as compared to 4G, allowing for real-time response and control. The benefit from 5G will unlock new use cases such as AR, VR, real-time translation and high-quality gaming, to name a few. We believe smartphone OEMs will come out with many more innovative applications to take advantage of the 5G infrastructure.

"Now I will talk about our N5 status. Our N5 technology has already entered risk production with good yield. The N5 will adopt the EUV extensively and is well on track for volume production in the first half of next year."

Patently Apple posted a report in January titled "Apple is already engaged with TSMC's 5nm Processor Team to Prepare for a 5nm iPhone in 2020." Other reports on 5nm processors for iPhones see 01, 02 and 03.

Wei added that "With 80%, 8-0, logic density gain and about a 20% speed gain compared with the 7-nanometer, our N5 technology is true full node stride from our N7. We believe it will be the foundry industry's most advanced solution with the best density, performance and power until our 3-nanometer arrives."

Apple and other smartphone vendors will have a greater processor line-up to choose from in 2020. Wei spoke briefly about the availability of the N7+ for 2020: "N7+ provide 15% to 20% higher density with improved power consumption when compared to N7."

Next, Wei touched on the new N6 (6nm): "Our N6 provide a clear migration path for the second-wave N7 product as its design rules are 100% compatible with N7 while providing 18% logic density gain with performance-to-cost advantage. The N6 uses one more EUV layer than N7+. N6 risk production is scheduled to begin in first quarter next year with volume production starting before the end of 2020.

In respect to TSMC's advanced packaging solutions for processors, Wei noted that "We are also working with a few leading customers on SoIC, which is an industry-leading 3D-IC packaging solution. SoIC enables 3D integration of multiple chips in close proximity to deliver the best possible performance, power and form factor. We target to start production in 2021 time frame with early adoption by HPC applications."

During the Q&A session, C.C. Wei added: "Now let's talk about 5nm. We are looking at the new market in the 5G because the 5G's requirement on the speed and the power consumption reduction is quite a lot. It's not the same experience that we have before." Wei made it clear 5nm was a full node and that would deliver new experiences and not just an incremental improvement.