Earlier today Patently Apple posted a report titled “Apple Patent Reveals Finger Sensory Devices that will Work with a Future Headset and Designed to be Stored Together.” The patent claims of the first patent emphasized the power circuitry along with charging case. In part two, Apple’s second patent focuses more on the use of ultrasonic sensors on the finger device. While headsets like the Oculus uses the large Oculus Touch controllers for their VR headset as shown below, Apple appears to be placing a lot of emphasis on finger device controllers that could provide users with advanced haptics.

One or more finger devices may gather user input from a user. The user may use finger devices in operating a virtual reality or mixed reality device (e.g., head-mounted equipment such as glasses, goggles, a helmet, or other device with a display). 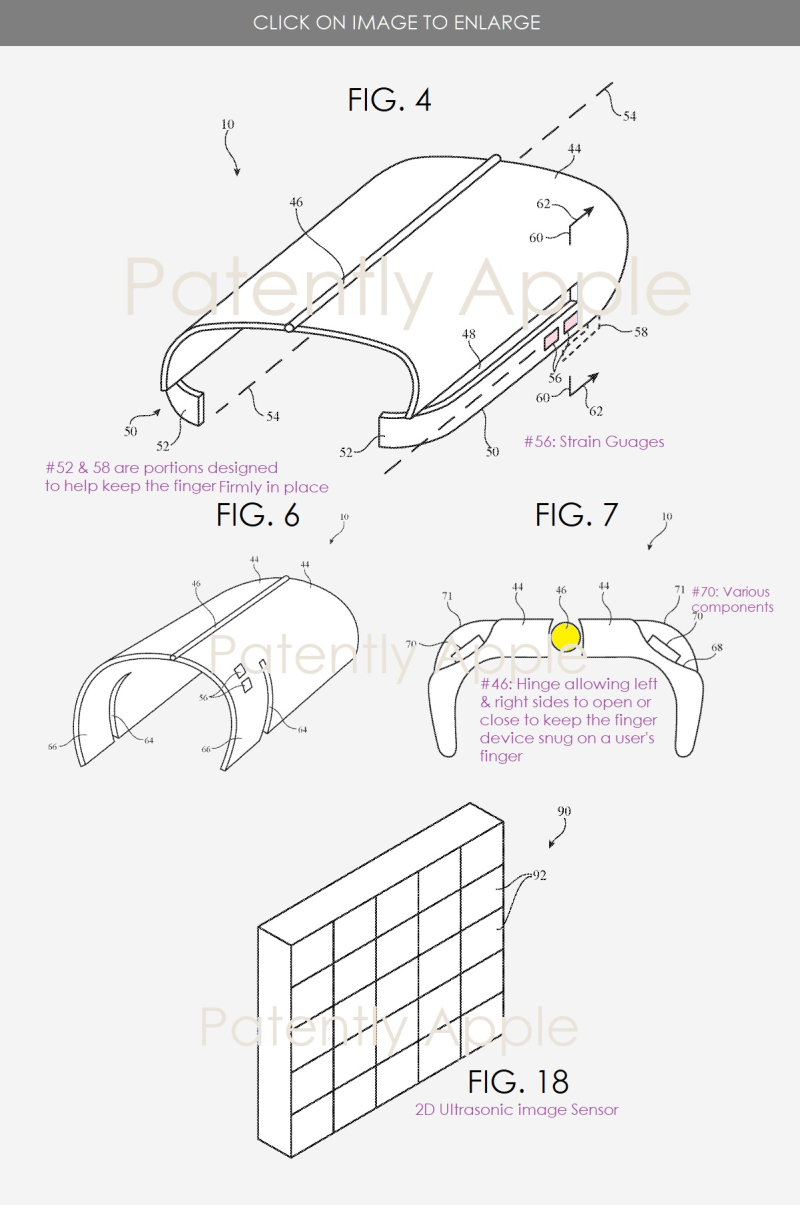 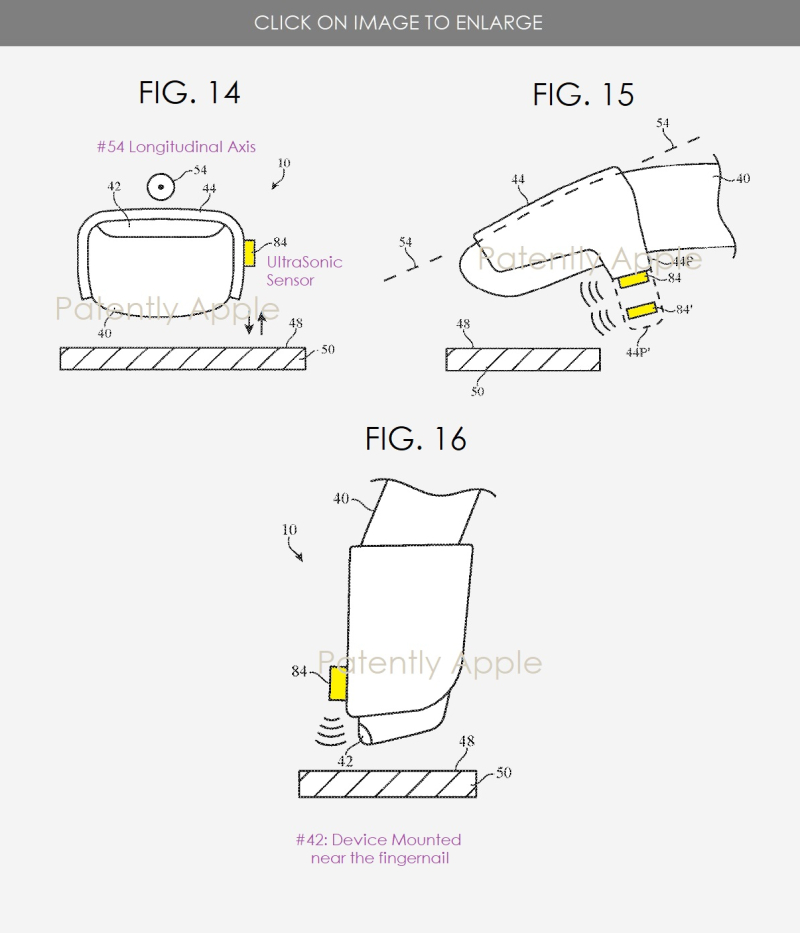 Apple’s patent FIG. 16 above is a side view of an illustrative finger device with a forwardly directed ultrasonic sensor mounted on an upper housing wall portion of the finger device. 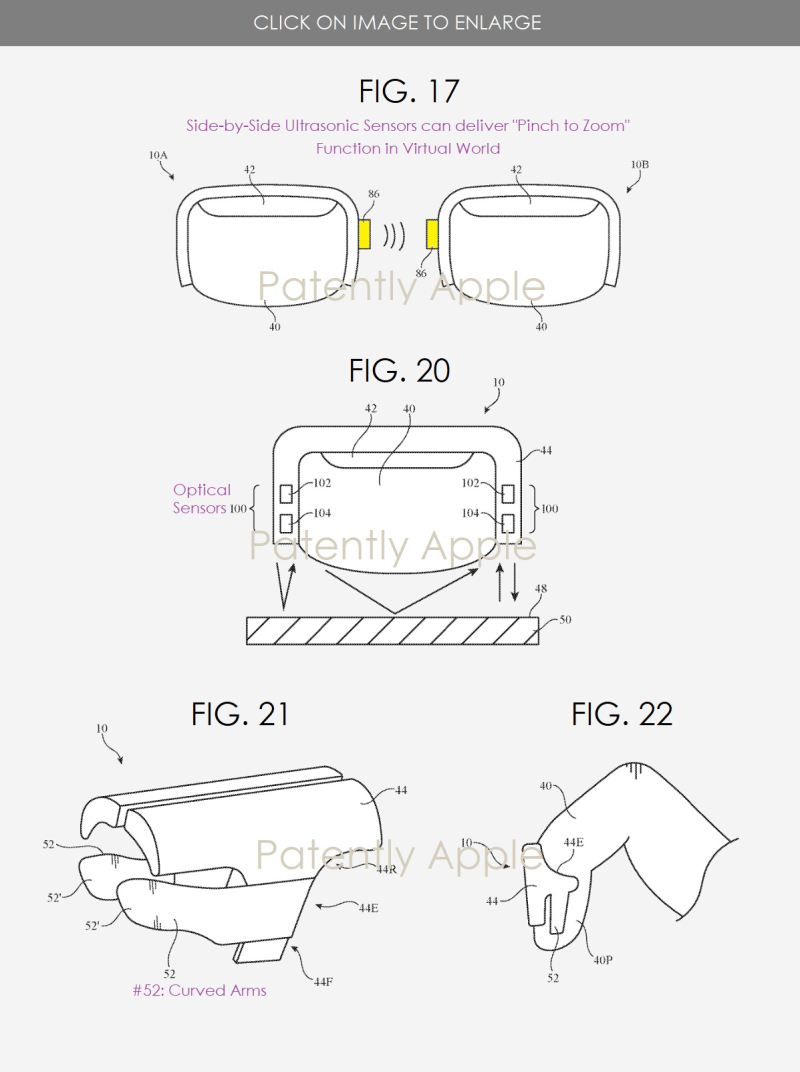 Apple's second patent application for finger devices titled “Sensors for Electronic Finger Devices,” that was published today by the U.S. Patent Office under number 20190310713 was originally filed back in Q3 2018.

Yesterday Patently Apple posted a report titled “Rumor Claims that Apple will introduce an Augmented Reality Headset-Styled Device in 2020.” Will Apple’s new finger devices be ready right out of the gate? Only time will tell.