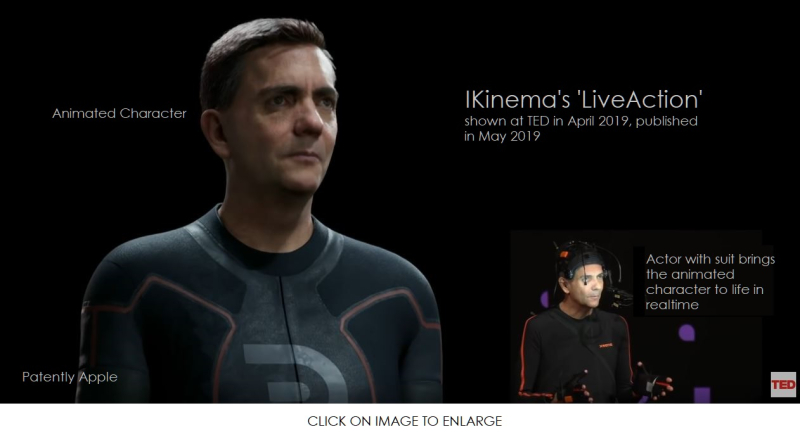 Yesterday a report was posted stating that Apple had reportedly acquired U.K. based IKinema who has patented some amazing software. Apple acquired Faceshift in 2015. In June Patently Apple posted a patent application report on their technology with three of the inventors being from Faceshift. This technology helped bring Animoji and Memoji to life using Apple's iPhone X's TrueDepth Camera.That patent was granted to Apple on Tuesday, October 1, 2019.

The IKinema acquisition is along the same vein of Faceshift, though it takes it to another level that could be used in movie and game production as you will see in a series of videos below.

The reason that the prefix of their name is "IK" in caps is that it stands for Inverse Kinematics which describes the heart of their work.

Below is software called "LiveAction" that was showcased at SIGGRAPH and TED in Vancouver, British Columbia, Canada, as shown below. This video was highlighted on IKinema's LinkedIn page.

You can learn a little more of what IKinema does from their Documentation website. Below is a partial of a single document covering the IKinema and Apple transaction. 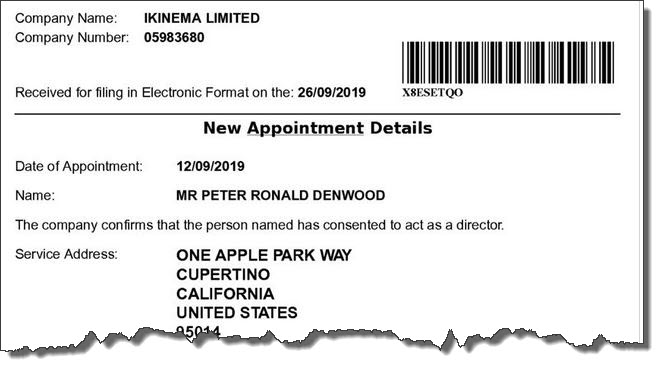 The story was first reported on by MacRumors. You can find the full document on their site here. If the deal goes through, it could be very positive on many levels. Apple could bring it to their gaming developers; they could use it for Apple TV+ productions; and Apple may find a way to make it accessible in some way for next-gen iPhones and iPads like they did with Faceshift technology transforming into Animoji and Memoji.