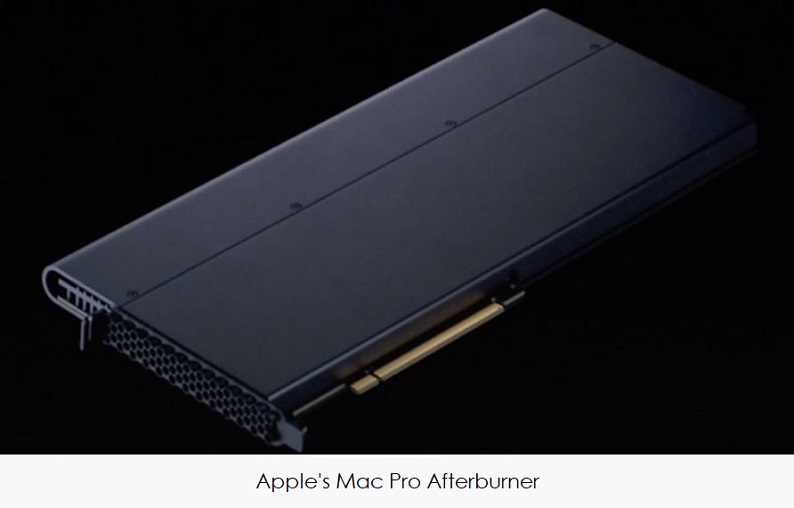 Earlier today Apple filed for two trademarks in Europe relating to 'Apple Afterburner,' a key component for the new Mac Pro, first introduced at their WWDC 2019 conference in California in June. Apple also filed for the trademark 'Apple Pro Display XDR' filed in the U.S. 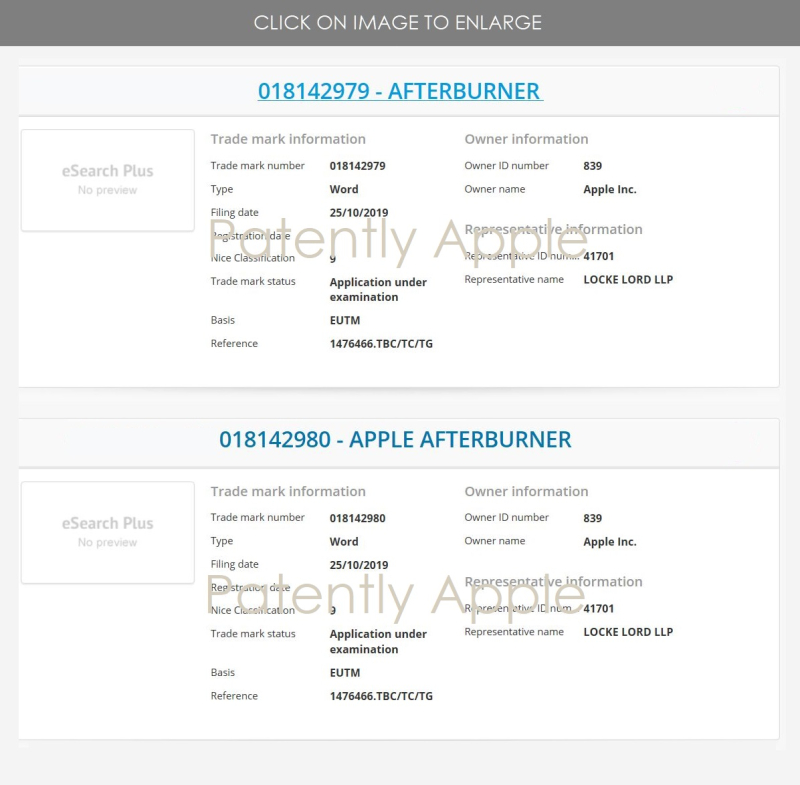 During the introduction of the new Mac Pro, they introduced Afterburner. Apple's Afterburner will be working with heavy hitters in film and gaming businesses like RED, Unreal Engine, SideFX and Avid.

In the video below that starts at the 3:06 mark, Patrick Southern, Lead Editor and Producer at LumaForge, points out Afterburner in the new Mac Pro. It's a brief part of his total overview of the Modular Mac Pro for Filmmakers.

Here's what RED’s president had to say about the new Mac Pro in context with Afterburner: "Apple’s new hardware will bring a mind‐blowing level of performance to Metal‐accelerated, proxy‐free R3D workflows in Final Cut Pro X that editors truly have never seen before. We are very excited to bring a Metal‐ optimized version of R3D in September." Read more of this review of Afterburner on Y.M. Cinema Magazine. 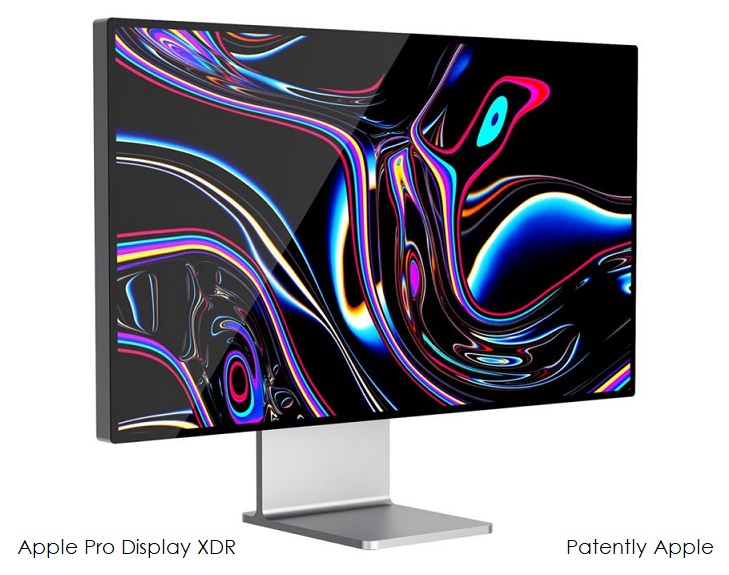 In-tune with Afterburner, Apple also filed for the trademark 'Apple Pro Display XDR' with the U.S. Patent and Trademark Office with a partial screenshot of the application below. 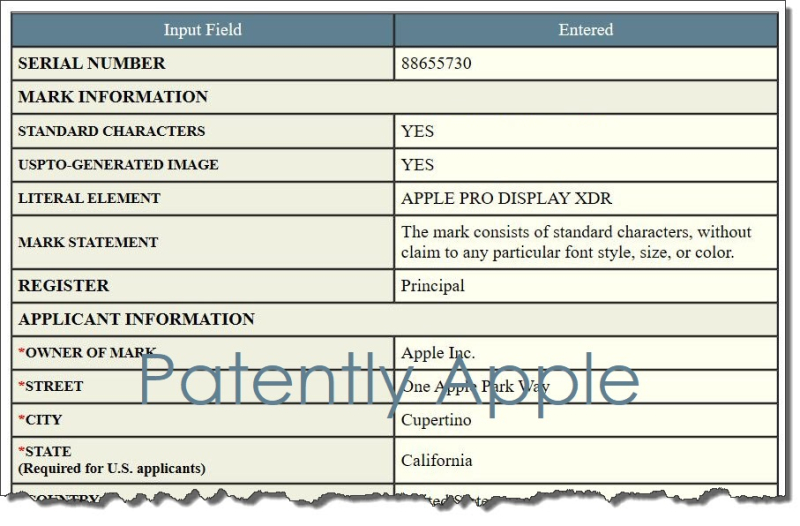 Apple filed it under International Class 009 covering "Computer Monitors." Apple asserts a claim of priority based on Liechtenstein application number 2019-290, filed 04/16/2019. Below is Apple's promotional video for their new display in an artsy-fartsy format that only uses 1/3 of the available video window.