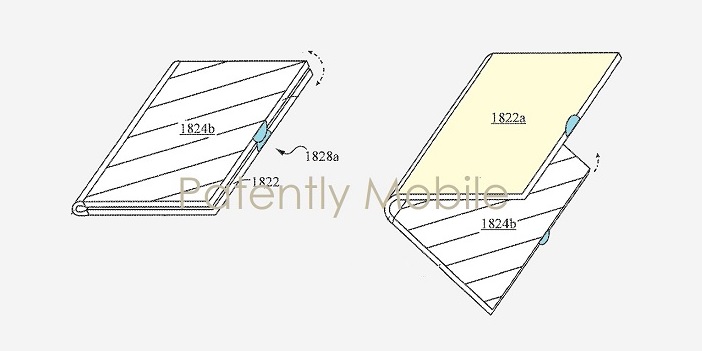 Earlier this month the US Patent & Trademark Office published a patent application from Samsung that rolls a series of patents into one that covers a wide array of possible future foldable and bendable display devices. The patent contains 135 patent figures to review. Below are some of the notable designs found in this patent filing.

The first set of patent figures presented below provides a view of three different scrollable device designs. This is a common theme for Samsung. Here are an additional three Samsung patents covering this style of device: 01, 02 and 03.

The third patent linked to above illustrates patent FIG. 3 as we've presented below. The scrolling nature of this device would allow a user to expand the display of their smartphone to about the size of a tablet when needed. The user can then reduce the display and be able to put it in their pocket easily. Some would prefer this form of display expansion over the current Galaxy Fold. 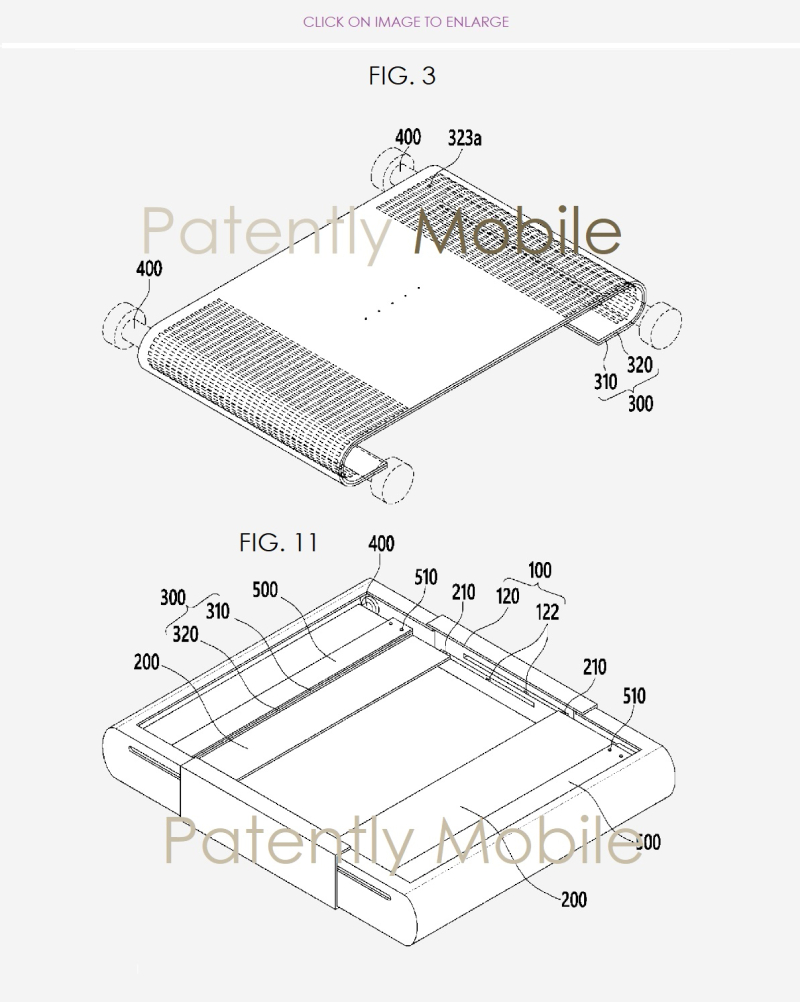 The designs presented below appear to be that of a preliminary design where the display scrolling out provides no underlying stiffness. 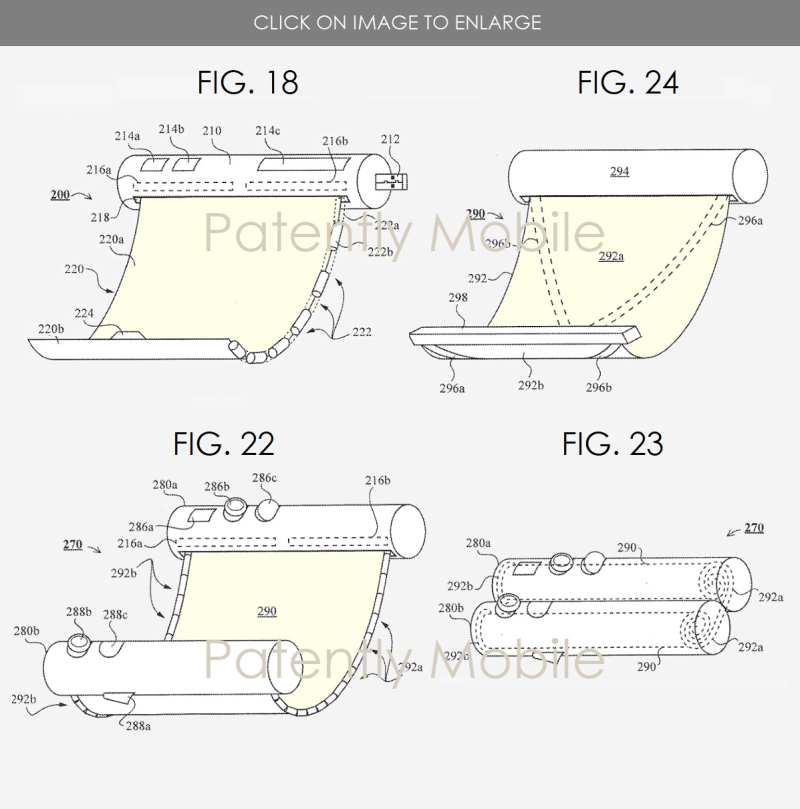 Samsung seldom ever describes their patents with real-world scenarios to assist the public in understanding their patent figures. In patent FIG. 18 above Samsung illustrates a "tab" #224 at the end of the display that is scrolled out of the base device, yet never explains what its function could be used for.

In the second series of patent figures below we're able to see that Samsung is trying a design that could provide tabs for a tablet. This could be good for students wanting each tab to be set for key classes or class projects that could be accessed quickly. It could be great for the enterprise or a lawyer in court wanting easy and immediate access to key files. 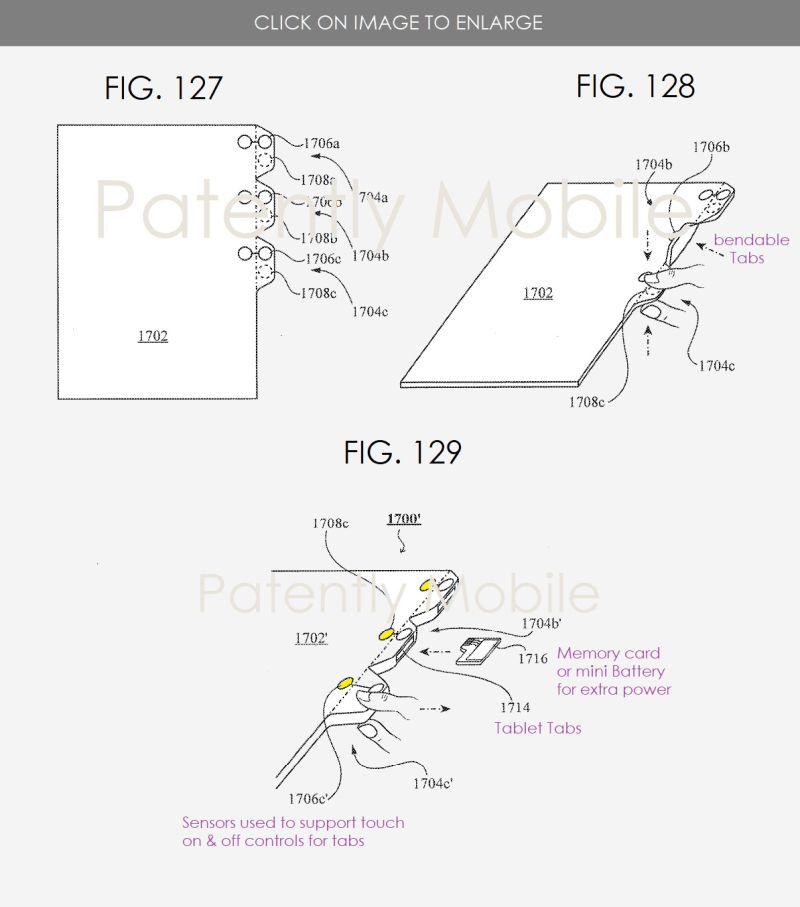 Samsung illustrates that each tabs could provide an enormous amount of data by being able to insert a memory module into each tab. Each tab could be turned on either by a touch control or bending the tab.

The last round of designs presented below illustrates a dual-display design instead of a single foldable display like their Galaxy Fold. In the design below touch controls would be available to both the displays and space in between the displays. 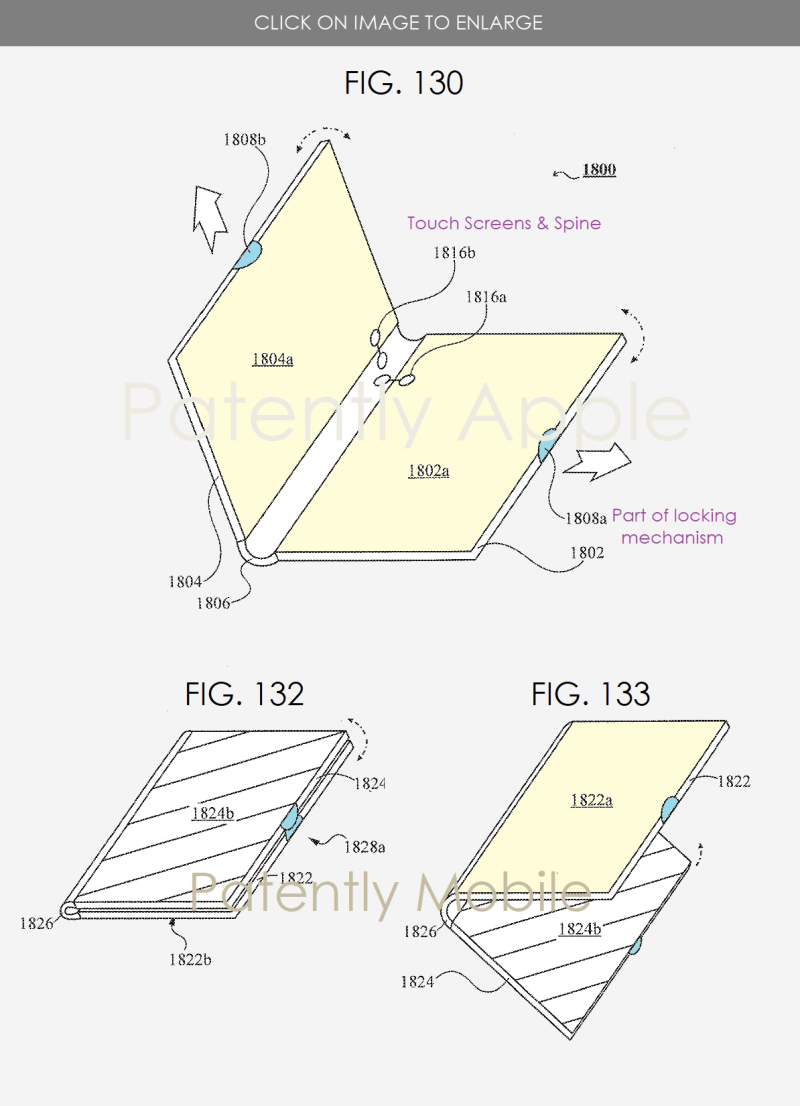 The folding design figures above also points out "connectors" (1808a and b) that locks and unlocks the two displays.

Samsung is throwing every kind of design imaginable into this single patent that also covers a single bendable display sheet used like a newspaper, with another design looking like a toilet paper roll where the display scrolls out downward. The sheer variety of ideas that Samsung displays can make it an interesting patent to review for some. If you're interested, then check it out in full here.

Earlier this month Microsoft waved their war flag confidently into the wind by demonstrating their Surface Neo foldable tablet along with their Surface Duo foldable smartphone that should be debuting in Q4 2020.

Samsung needs to find an alternative to their flimsy Galaxy Fold or risk losing out to Microsoft's Android based devices, especially in the U.S. market where their partners HP, Dell, Lenovo and others will be joining the war front to deliver next-gen smart mobile devices.