Home Archives Contact Us Subscribe Twitter MeWe Facebook Patently Mobile
CNN Catches Up to the News that Samsung is Considering a Second Folding Smartphone Form Factor in 2020
Apple's 2020 iPhones will offer an advanced 5G modem, a 3D-Sensing Rear Camera and a 5nm Processor 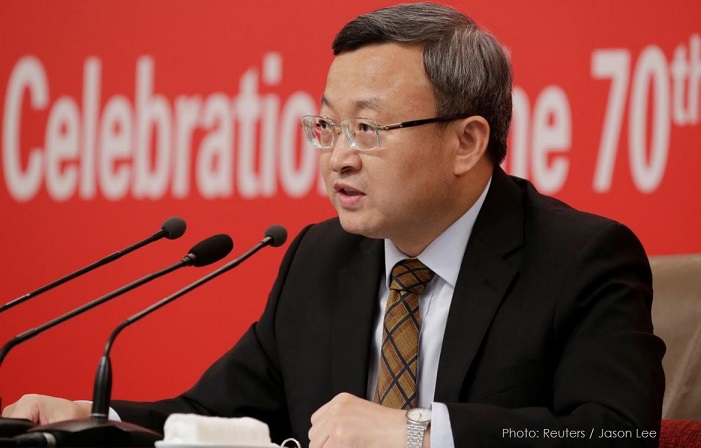 Leaders of the world’s two biggest economies are working to agree on the text for a "Phase One" trade agreement announced by Trump on Oct. 11. A major breakthrough was announced yesterday in Beijing.

A statement made during a news conference in Beijing by Mr. Wang Shouwen, Vice Minister of Commerce of PRC and Deputy China International Trade Representative signalled possible upcoming directives.

Most important, the Minister stated that China will eliminate all restrictions on foreign investments and will "neither explicitly nor implicitly" force foreign investors and companies to transfer technologies.

Technology transfers have been a major source of tension between China and the United States, which have been embroiled in a trade war for over a year.

The U.S.-China Business Council said forced technology transfer requirements and investment restrictions that required joint ventures were a concern for many of its more than 200 member companies.

Jake Parker, the group’s senior vice president told Reuters that "We are encouraged by the vice minister’s statement on eliminating forced technology transfer requirements in the China market. We look forward to these new liberalizations quickly resulting in transparent regulatory reviews that lead to licenses granted after narrowly defined review timelines." For more on this read the full Reuters report.

Apple's CEO has been lobbying hard with President Trump regarding the U.S.-China trade war and an agreement between the two countries would be great for U.S. business in general and Apple specifically. Whether "Phase One" will help Huawei's case is unknown at this time.