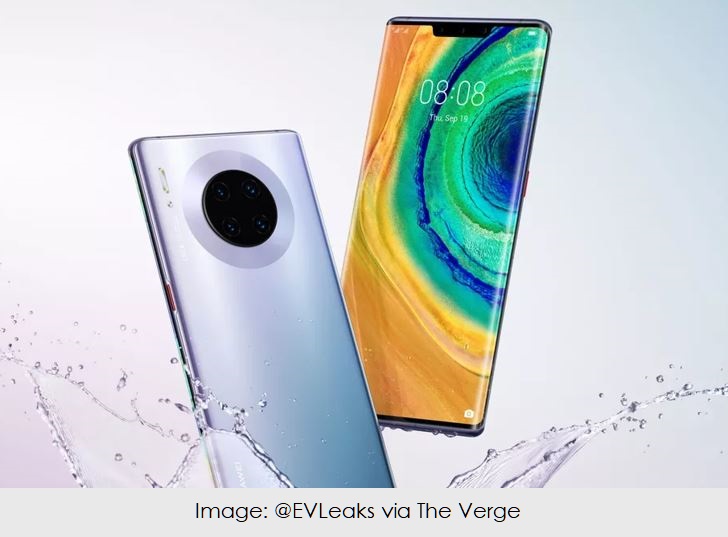 Earlier this morning Patently Apple posted a report titled "China's second largest e-commerce site J.D.com Experienced a 480% leap in iPhone Preorders over Last Year." Knowing how the iPhone 11 was taking off in China over the weekend, Huawei went on defense by leaking photos of their new smartphone line-up prior to their official launch in Germany this Thursday.

The Verge reports that "The images were shared by leaker Evan Blass, and show off what he claims is the new Mate 30, Mate 30 Pro, Mate 30 Lite, and what appears to be a Porsche Design edition of one of the new handsets."

The only minor complaint against the new iPhone 11 and 11 Pro has been about its backside camera blob that the famed Vlogger Marques Brownlee recently described as a "kitchen stove in the corner of your phone."

Huawei seemed to go out of their way to show that two out of their three new smartphones models have a creative design for their backside 4-camera set-up. Our cover graphic shows one of the designs having the cameras being centered within a circular design.

Huawei's second design, known as their high-end Porsche smartphone edition shown below, presents Android fans with yet another 4-camera backside camera design that looks more modern than the chosen design for this year's iPhone 11 Pro model. Of course some will disagree. 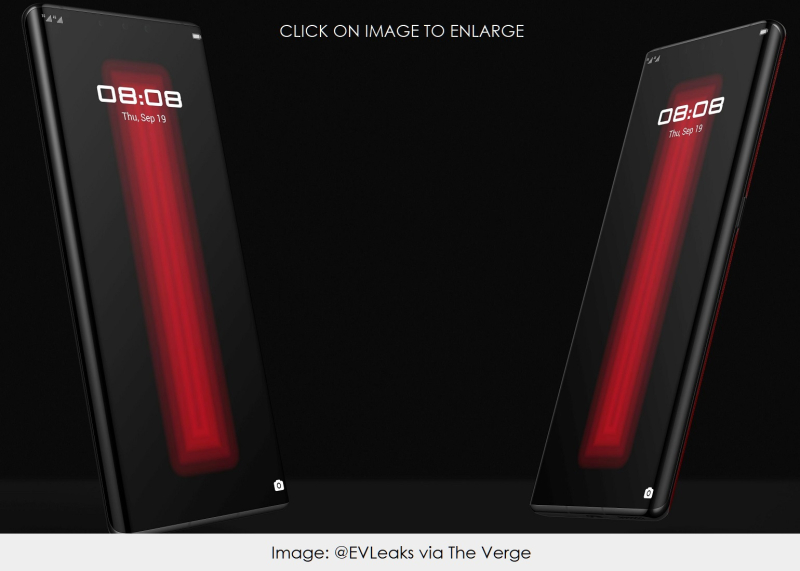 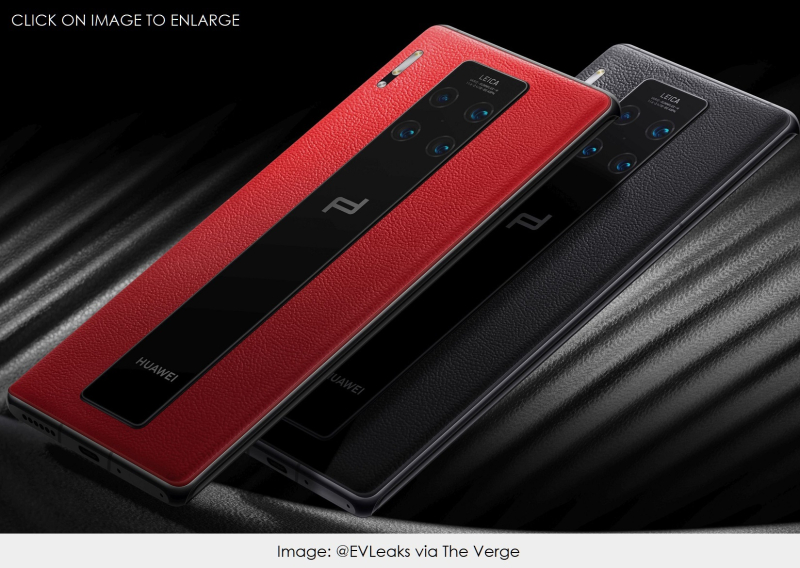 Without being able to include Google software with their new smartphones, it'll be interesting to learn how Huawei intends to market them on Thursday.

For more on this story and more leaked photos including the Huawei Mate 30 Lite with an iPhone 11 Pro-like backside camera square, check out The Verge report.