Wintel is Developing Foldable Notebook & Device Standards for Hardware OEMs, Paving the way for a new wave of Products In early July 2018, Patently Apple posted a report titled "An Internal Microsoft Leak Describes a 'New and Disruptive' foldable Smartphone is in the Works." Later that month we posted a follow-up report titled "Microsoft Invents a Foldable, Mobile Device for Suit Pockets and Purses to keep users Productive while on the Go." In 2019 the momentum seemed to be gathering steam. In early April Patently Apple posted a report titled "Microsoft Patents Show that the Company is on a Roll, Deadly Focused on Delivering a Foldable Dual Display Device. The report presented many patents on the subject. In 2019 we posted 5 reports on Microsoft patents on foldable devices on Patently Mobile that you can find in our archives here.  We also posted a report in May about Project Athena.

If you still have any doubts that Wintel is working on next-gen foldable devices of all kinds, we learned earlier this week via Digitimes that "Wintel is developing standards for dual-screen notebooks" and beyond. The Digitimes byline is presented below.

We're unable to pass along the details of the report because the story is behind a very expensive pay-wall which we have no interest in paying. The Digitimes report did at least reveal that "Intel and Microsoft have recently established standards for dual-screen notebooks and are looking to extend the concept to cover foldable-screen notebooks."

In the bigger picture we know that Intel's Project Athena covers foldable screen notebooks and other dual display devices because they released a picture of prototypes illustrating a variety of devices (shown below) that will fall under the new Wintel standards and guidelines for OEMs to follow. In early June The Verge posted a report titled "Microsoft teases its secret dual-screen Surface device." Perhaps the bigger news is that the foldable Surface device will run Android apps and iCloud in Windows 10, according to a phoneArena report on this subject matter quoting IHS Markit Associate Director Jeff Lin.

Below you'll find patent figures from Microsoft's patent application 20190264483 titled "Hinge Mechanism" that was published by the U.S. Patent Office on August 29th. 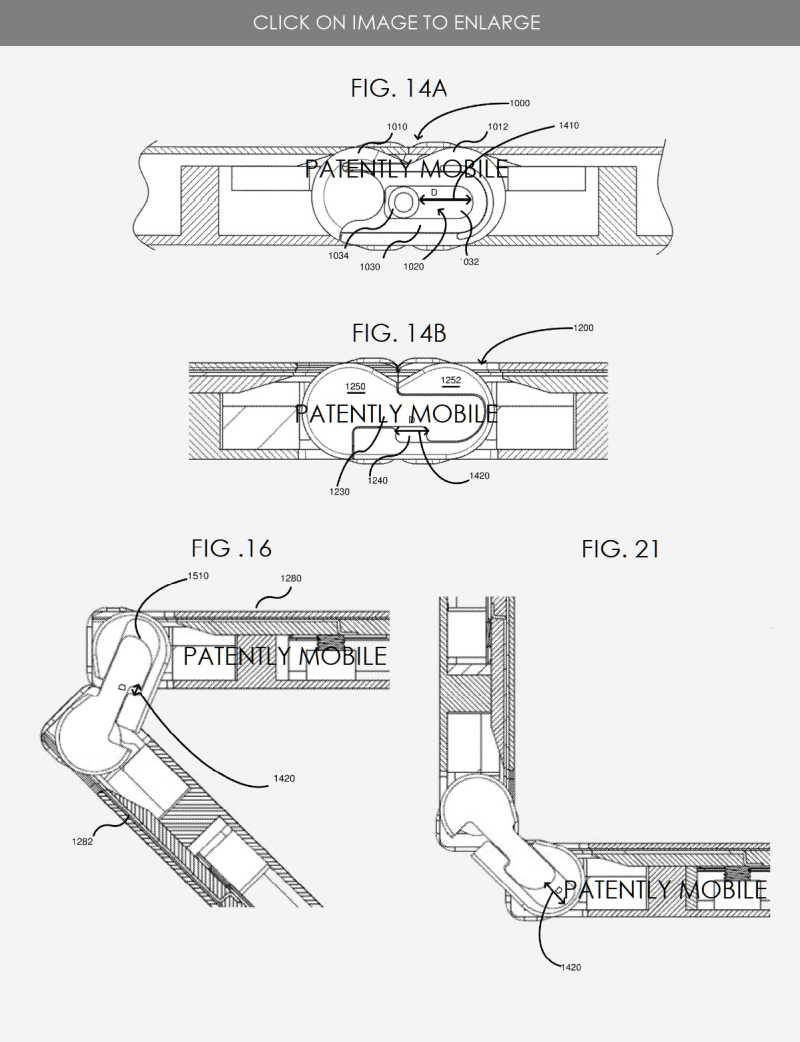 The device could be used for such things as a personal or professional diary or day-timer like application or a cookbook as the patent describes that would allow for Surface Pen entries and much more. Even the "outer" shell of the device will allow users to name their device accordingly. 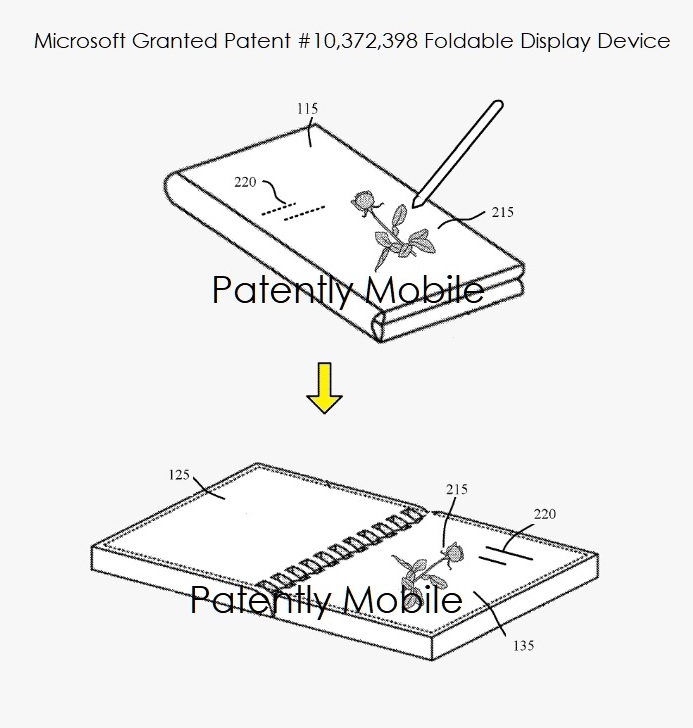 Whether Apple will want to tap into Intel's components for such a future device or go it alone with ARM processors is unknown at this time.

Considering that the foldables category will include foldable "notebooks," Apple may end up working with Intel on some aspects of the project. In other forms of foldable devices, Apple is likely to stick with their advanced ARM based processors – should this category prove to be a viable consumer market.

Apple's many patents on foldable devices, at the very least, tells us that they're working on the needed Intellectual Property that would protect future foldable devices should Apple's CEO Cook give the company's project heads the green light to proceed.