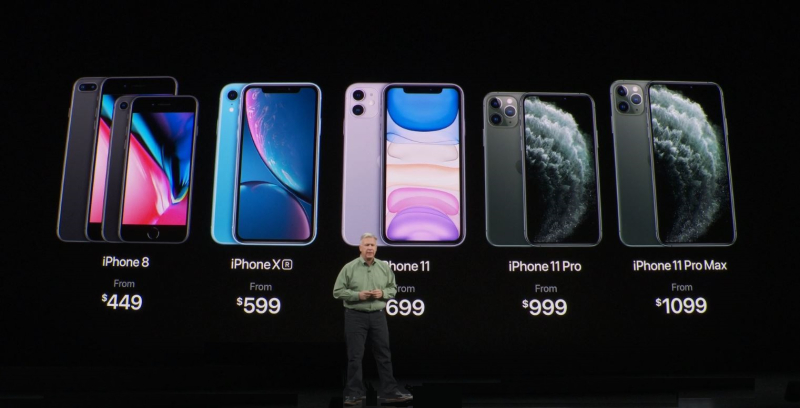 On Monday Patently Apple reported that preorders from China's second largest e-commerce platform J.D.com reported a 480% increase in iPhone 11 preorders over last year and Reuters reported later that morning that Chinese media outlet Yicai also experienced a jump of 335% on Alibaba’s Tmall platform on the first day of sales vs preorders for the iPhone XR last year, citing Tmall figures.

It's being reported today that preorders for Apple's iPhone 11 lineup have been stronger than expected in Taiwan, promising significant sales of iPhone devices in the fourth quarter, according to market sources.

Apple's pricing strategy, particularly for the entry-level iPhone 11, coupled with telecom operators' promotional campaigns, appears to have worked to spur up replacement demand, said the sources.

The report further stated that "In Taiwan, demand for iPhone 11 Pro 256GB and iPhone Pro Max accounted for 70% of pre-orders, with the remaining 30% going for the iPhone 11, indicated the sources." With Apple's new iPhone lineup getting great reviews, it's no wonder why preorders are so high.

Premium iPhone users are usually the first to upgrade. Though over the course of the holiday quarter, it's likely the lower-end iPhone 11 that will account for the majority of iPhone sales.

In the true smartphone premium space, Apple is still the leader. In Q2 Apple took 43% with Samsung a distant second at 23% according to a new report by Counterpoint. Apple's lead is likely to increase over the holiday season, calendar Q4 which is Apple's fiscal Q1 2020. 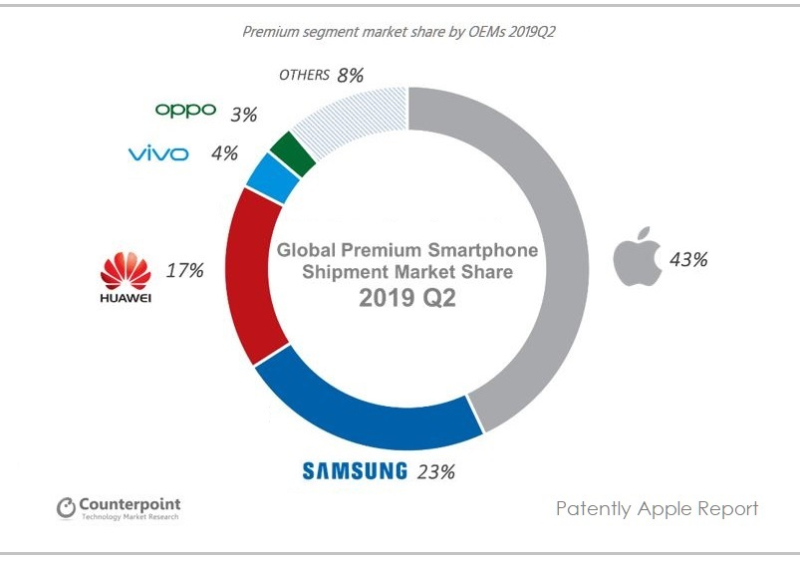 Pricing Apple's iPhone 11 entry model at just $699, before trade-ins, puts this model in the most desired price range as shown in the Counterpoint exhibit below. The $600-$799 accounted for 40% of the market year-over-year (YoY). 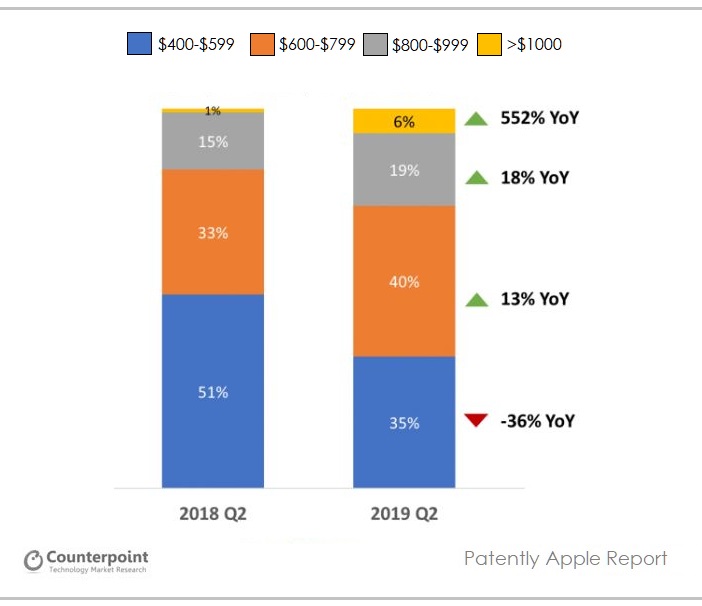 With Apple's iPhone 11 models, especially their Pro models lacking 5G cellular, Counterpoint thinks that some Apple fans may hold back upgrading until next year. However, with Apple advancing their cameras as they did on Pro models with Night Mode, Slofie mode and more, the draw to the new Pro iPhones may be too hard to resist.