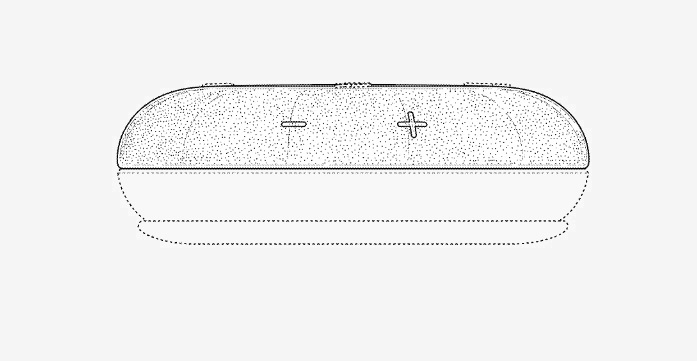 Microsoft surprised many last year when they introduced their new Surface noise cancellation headphones that received great reviews, like the one from Marques Brownlee. I was almost as surprised by the secrecy of the device in contrast to almost everything from Apple being leaked 6 months or more ahead of time.

No one knows what Microsoft will introduce at their Surface Event 2019, scheduled for October 2nd.  Obviously Microsoft will have a series of update announcements that may include the Surface Book 3. Some are guessing that Microsoft's secret dual display device will surface (pardon the pun). While I think that such a device may be a 2020 entry, it would certainly be the buzz of the year if Microsoft could actually pull that off next month.

Another surprise of lessor value would be a Surface branded smart speaker that could go against Google Home and Amazon's Echo family of smart speakers.

On granted patent day at the U.S. Patent Office this week, Microsoft was granted two design patents (#D859,363 and '364) covering a smart speaker as can be viewed below.

The two designs were almost identical that may suggest different sizes because there were no physical marks distinguishing them. 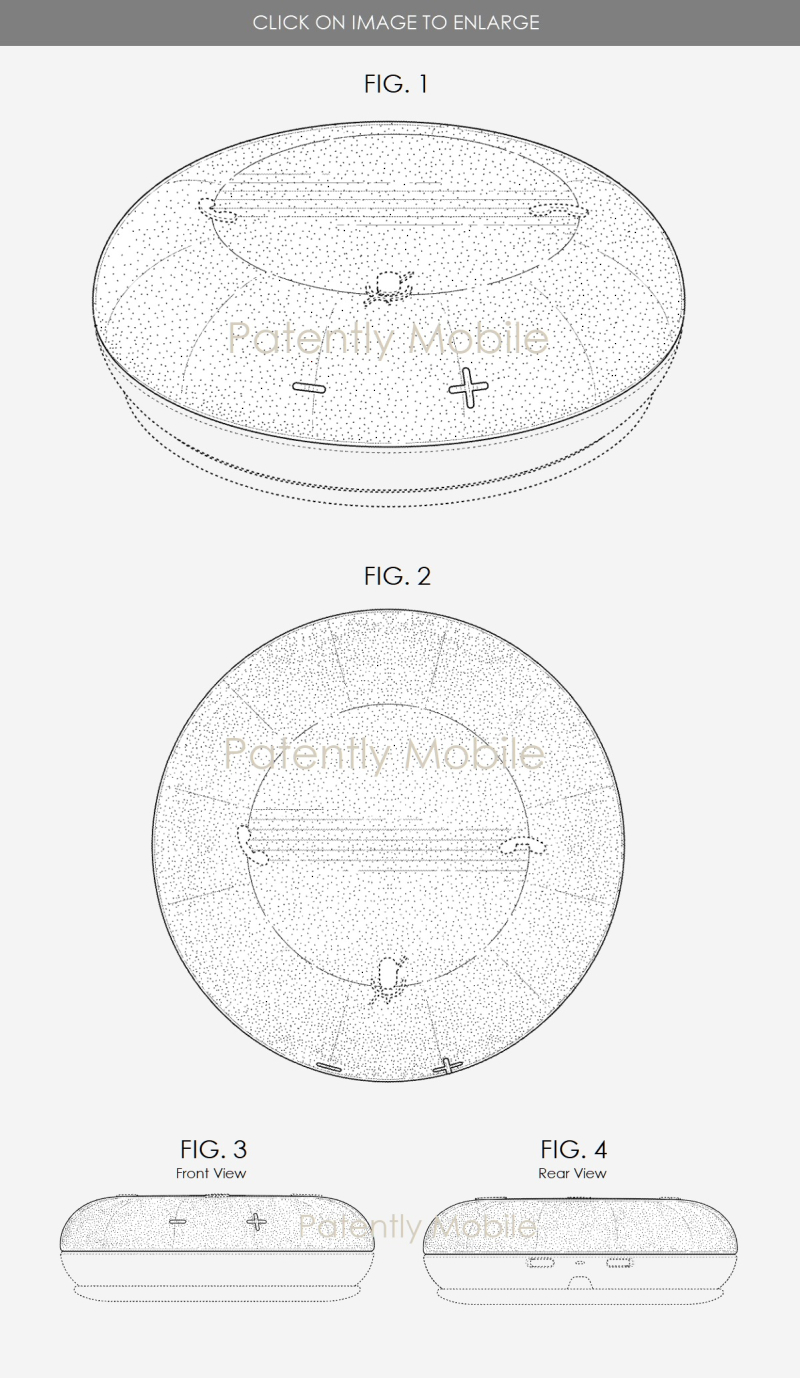 Design patents don't provide the public with any specifications or details about a particular design. All you get to see are the patent figures, end of story. Without specifications we're left with seeing a few icons on the top of the smart speaker that point to users being able to access Cortana; initiate and end phone calls; and control volume.

The back of the speaker has two USB ports and what would seem to be a power cord. Whether a wireless option will be available is unknown at this time as no specifications whatsoever are available.

Thus far Microsoft has aimed at profitable pieces of hardware with the Surface Book 2-in-1 notebook and Surface Studio desktop being very expensive. A Surface smart speaker would certainly break with that tradition.

Perhaps they want to step into a mass market to promote Cortana or maybe the design patent is just the tip of the iceberg to a much larger project that we just can't see yet.

Microsoft has also recently talked-up a conical, multi-microphone speaker, like the one presented in the photo below. ZDNet's reporter Mary Jo Foley wrote about this earlier this month in context to it being an enterprise device. 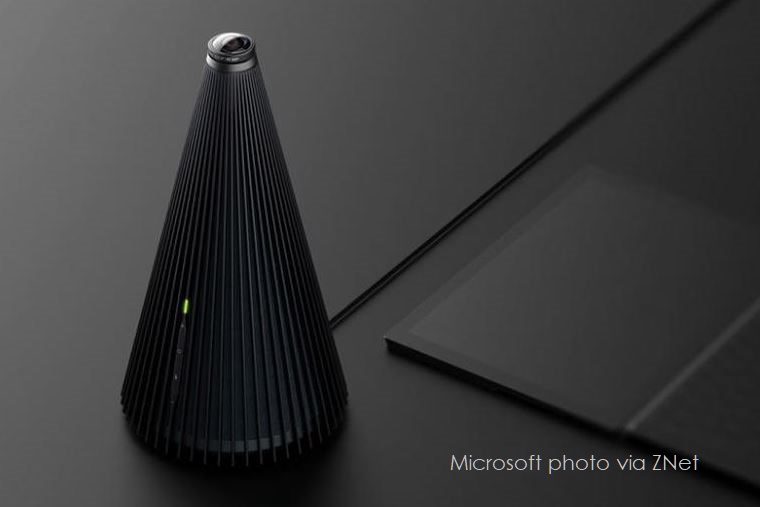 Considering that Microsoft filed for this design two years ago, it's either a dead project or about to go to market. Yet with some controversy surrounding 'Hey Google' conversation leaks and Apple temporarily suspending Siri Grading, it may not be the right timing for Microsoft to step into this market. Then again, we'll know either way on October 2nd.