As the U.S. Considers an Antitrust Investigation into Apple's App Store, Apple Claims that they've "Improved" its Algorithms 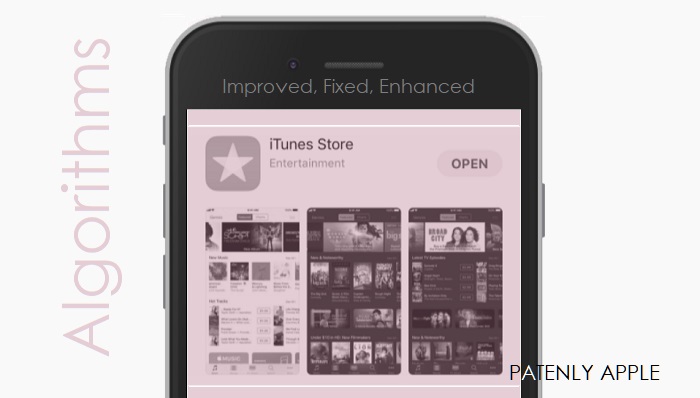 In March 2019 Patently Apple posted a report titled "Spotify has Filed a Formal Complaint against Apple with the European Commission about its Unfair Apple Store." This is when antitrust investigations began to focus on Apple's App Store. Even Presidential Candidate Elizabeth Warren weighed in on the matter by bluntly stating that "Either they run the platform or they play in the store. They don’t get to do both at the same time."

In June we posted another related report titled "With Apple and Google App Stores owning 95% of all Mobile App Spending, the DOJ may want to end this Duopoly."

So the notion that Apple has used its App Store to offer itself a competitive advantage is nothing new. TechCrunch and others have been reporting on this problem for years, including those times when Apple chose to display its apps in the No. 1 position on the Top Charts, for example, or when it stole some of the App Store’s best ideas for its own, banned apps that competed with iOS features, or positioned its apps higher than competitors in search. Now, in the wake of antitrust investigations in the U.S. and abroad as well as various anticompetitive lawsuits, Apple has adjusted the App Store’s algorithm so fewer of its own apps would appear at the top of the search results, according to TechCrunch.

The change was reported on by The New York Times on Monday, who presented Apple with a lengthy analysis of app rankings.

It even found that some searches for various terms would display as many as 14 Apple-owned apps before showing any results from rivals. Competitors could only rank higher if they paid for an App Store search ad, the report noted.

That’s a bad look for Apple which has recently been trying to distance itself and its App Store from any anti-competitive accusations.

The New York Times reported that "The company is facing the most direct legal challenge in the United States to the clout it has built up through its App Store. In May, the Supreme Court voted 5 to 4 to allow an antitrust class action against Apple to move forward, saying consumers should be allowed to try to prove that the technology giant had used monopoly power to raise the prices of iPhone apps. 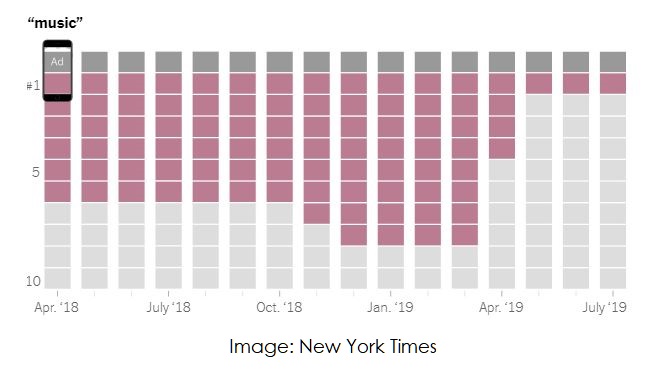 When multiple Apple apps packed the search results, such as in searches for 'music,' the Apple executives attributed the results to a feature of the App Store search engine that sometimes grouped apps by maker. They tweaked that feature in July so Apple apps would no longer look as if they were receiving special treatment. Many Apple apps dropped as a result.

Still, the executives denied that there had been a problem that needed fixing. According to Senior Vice President of Worldwide Marketing Phil Schiller, the change in the algorithm wasn't corrected, with Eddy Cue, Senior vice president of Internet Software and Services quickly adding that 'It’s improved.'

Several consultants who study the App Store algorithm to help companies rank higher said Apple’s consistent success in the marketplace was suspicious. Algorithms are automated systems designed to largely run on their own. But it is humans who decide what algorithms measure. And those decisions can be subjective.

Todd Dunham, chief executive of the ASO Project, which consults app makers on how to rank higher in the results told the New York Times that 'I find it hard to believe that organically there are certain Apple apps that rank better than higher-reviewed, more downloaded competitors.'"

There's a lot more to this report and you could check out the full New York Times report here.