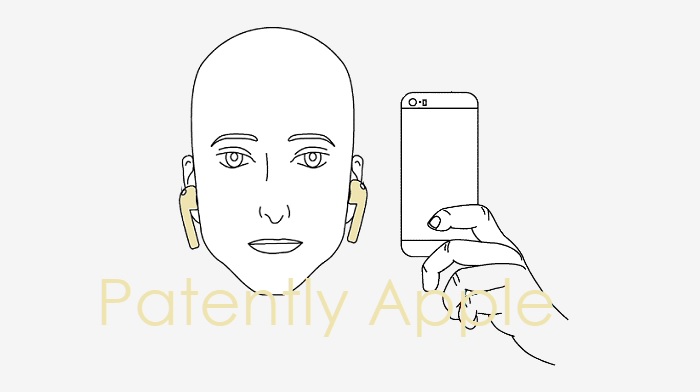 Apple was granted patent number 10,417,824 that relates to AR and may have been the inspiration behind Apple's eventual ARKit.

Just as with a WWDC 2017 AR demo video above where Wingnut showed off the AR Unreal Engine for AR gaming, it began with an empty table on stage that transformed into a high-end AR game playing out on an iPad.

Apple's acquired patent from Metaio covers this kind of AR creation. As seen in patent FIG. 7 below, we first see empty table #711 and then using AR, the table is seen to have a rabbit sitting on it in #714 below. It's only seen via an iPad using an AR application or game. 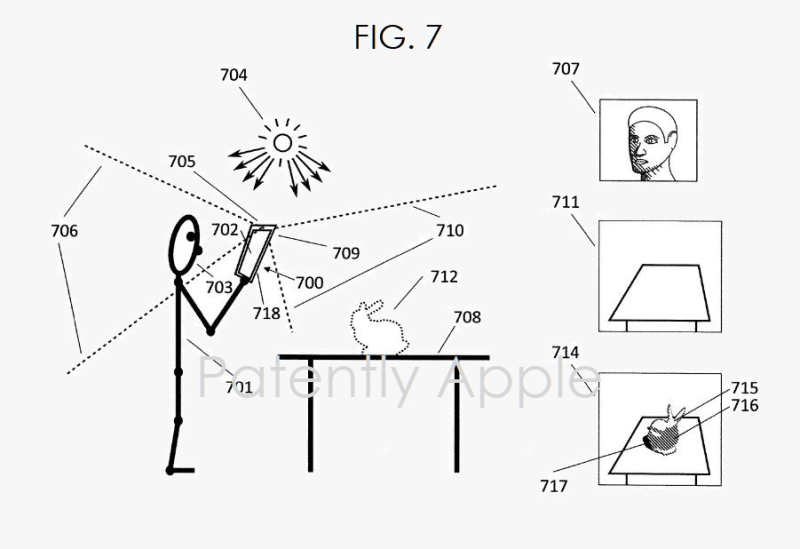 This technology was derived from the Metaio patent that Apple acquired and now has been granted. The patent is officially titled "Method and System for Representing a Virtual Object in a View of a Real Environment." The patent is deep with many patent figures that you could review here.

A few other Metaio reports from Patently Apple on record could be viewed below:

2017: Apple's Senior VP of Software says that Apple will have the Largest AR Platform in the World

2019: (January) Apple updates one of their AR Smartglasses Inventions

2019: (May) An Apple Smartglasses Invention Focuses on Projecting Information to a User's Eye using a Holographic Element

The Inventors of Today's Granted Patent 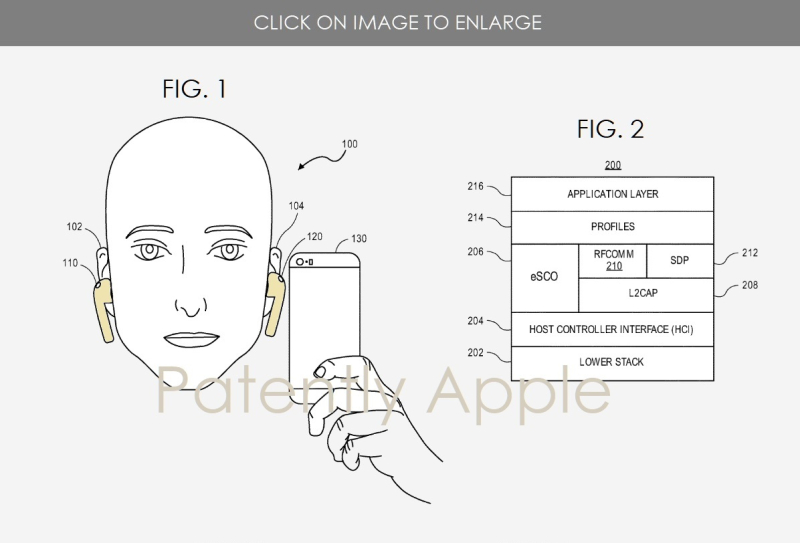 Apple's patent FIG. 7 noted below is a perspective view of a portion of an illustrative electronic device with millimeter wave antennas and millimeter wave transceiver circuitry on a flexible printed circuit for 5G cellular connectivity. 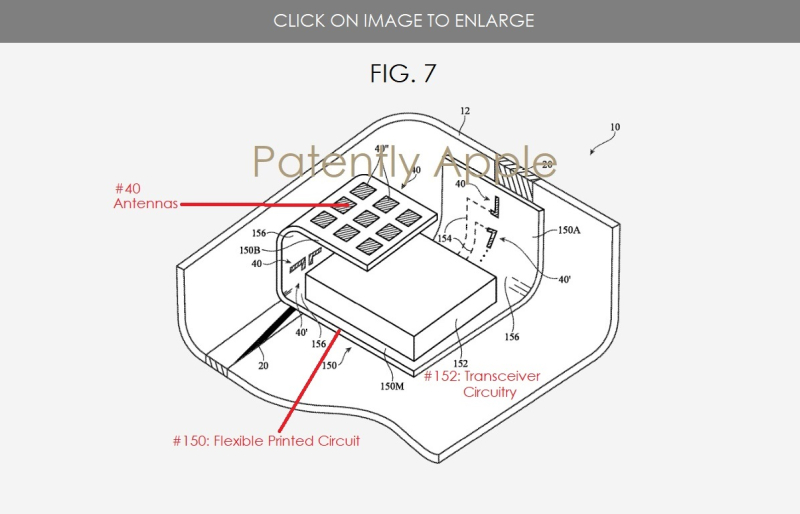 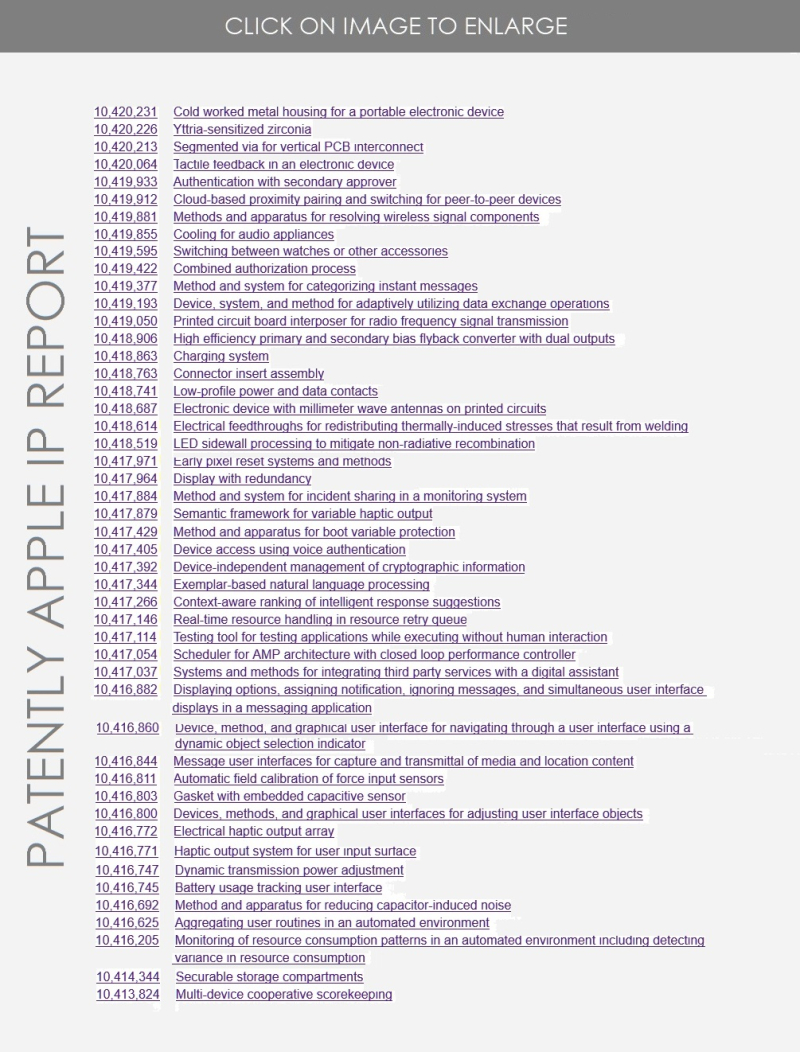