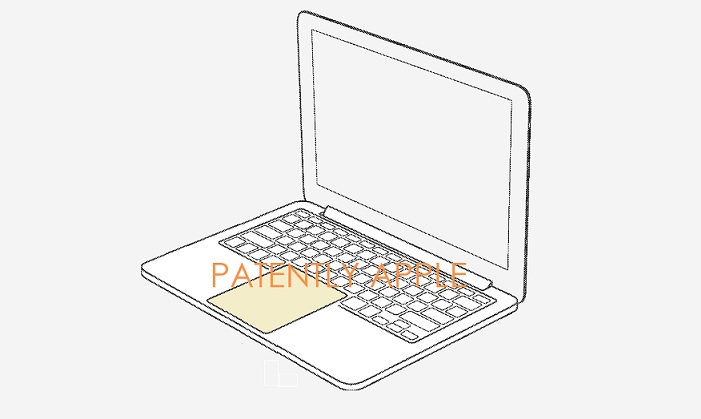 The U.S. Patent and Trademark Office officially published a series of 62 newly granted patents for Apple Inc. today. In this particular report we cover Apple's win for new MacBook Pro features. With Apple introducing a new 16" MacBook Pro this year with a refreshed keyboard, it's possible that Apple may have other features coming to the MacBook Pro. Whether the ideas are too advanced for this year's MacBook Pro update is unknown at this time.

And finally, Apple illustrates one radical idea of elongating the traditional trackpad that could replace the space bar. Apple notes that "The touch-sensitive input surface may function as both the touchpad and the space bar" of a MacBook.

Apple's patent FIG. 1B below depicts a user providing a touch-based gesture on the MacBook's space bar; FIG. 5 depicts an electronic device including a space bar, a touchpad, and a group of optical sensors positioned below a contact surface of the space bar. 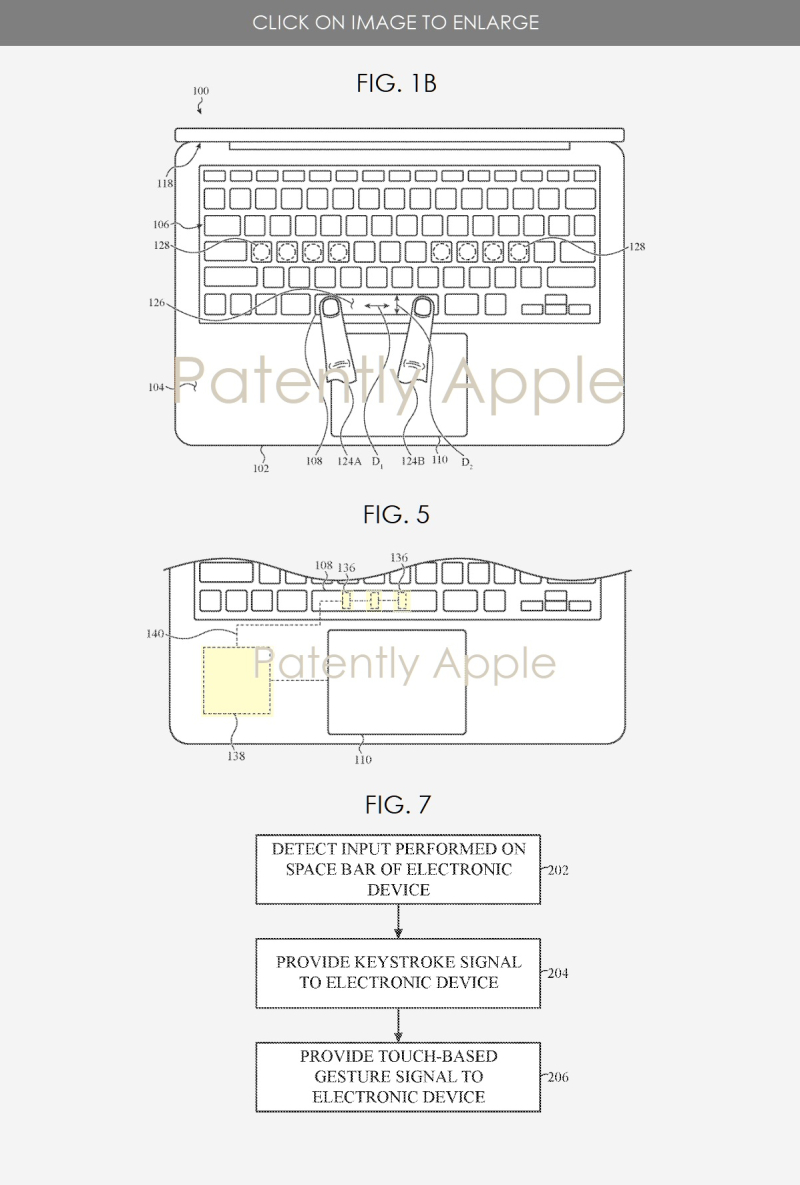 Apple's patent FIG. 8A below depicts a MacBook including another sample multi-input device which is an elongated Trackpad which could double as a space bar; FIG. 8B depicts the MacBook of FIG. 8A, with a user providing gestural input to the multi-input device. 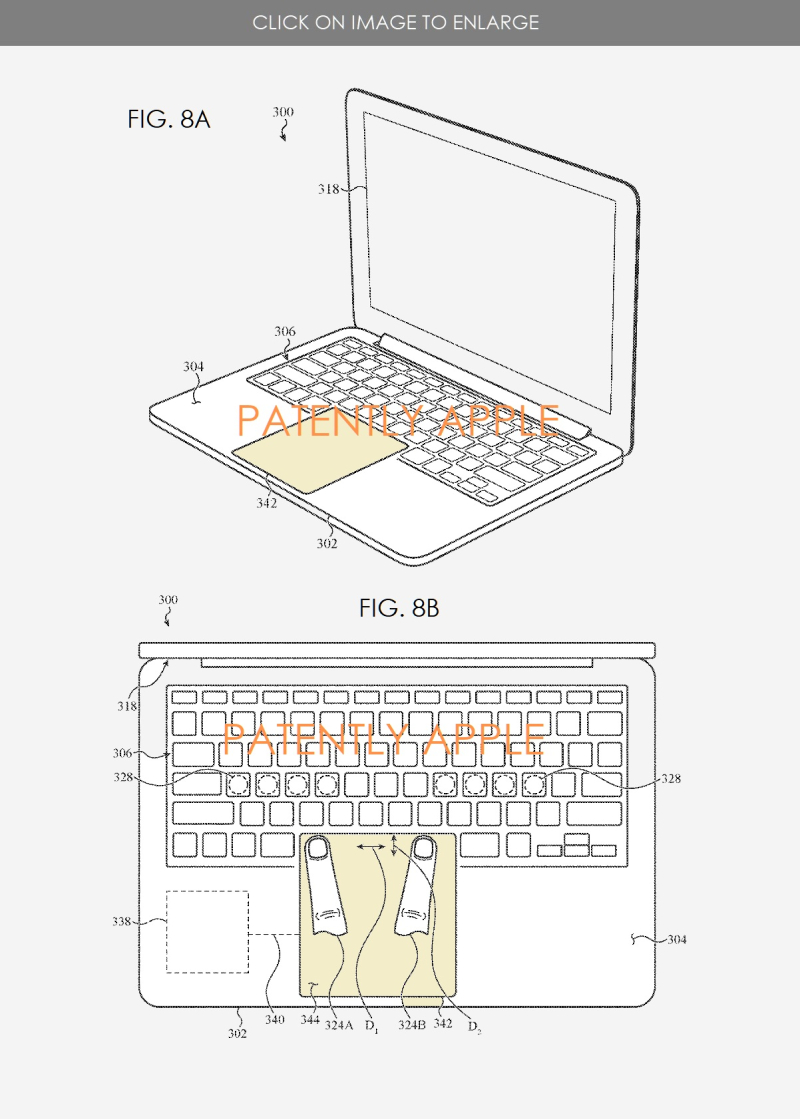 Apple's granted patent was originally filed in Q3 2015 and published today by the US Patent and Trademark Office. Although Apple's invention is now granted, the timing of such MacBook features to market is unknown. While we'd all like to see Apple's patented ideas come to market quicker, it's not predictable.

Chris Ligtenberg: Senior Director, Product Design Architecture. Ligtenberg has been with Apple 18 years. He came to Apple from Frog that created the Apple IIc portable case; the Snow White design language used by Apple during 1984-1990; and designed the NeXT cube for Steve Jobs.

About Making Comments on our Site: Patently Apple reserves the right to post, dismiss or edit any comments. Apple IP 10,409,412