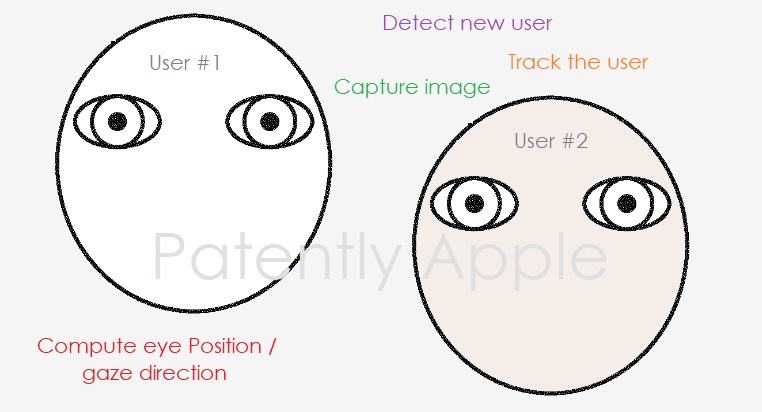 One of the inventors listed on the patent is Walter Nistico, Engineering Manager - Deep Learning and Computer Vision at Apple, who was the CTO / Head of Engineering at SensoMotoric Instruments (SMI). Apple acquired SMI in 2017.

In this invention, smart glasses aren't the focus. Apple notes that "The eye tracking device can be combined for example with a computer and delivers in realtime the position of the user's eye in front of a monitor, the gaze direction, and/or the position of the viewed object, usually a point of regard on a monitor.

Elsewhere, the focus relates to TVs and Gaming: the patent notes that "Further use cases for multiuser eye tracking are for example games, TV control, telephone conferences or use in surgery rooms.

With regard to games, in the past many games used to be played with multiple people sitting at the keyboard triggering actions in the game using different keys. Instead of two people using the same keyboard, it will be possible to control their characters using gaze instead.

The idea of games with multiuser eye tracking can be particularly interesting for social evenings in an assistive environment. This would allow playing software versions of board games such as chess and checkers, or monopoly and risk as two more complex examples by maintaining the social element of games evening.

In a TV scenario multiple people sit in front of the display. Each individual might want to change the currently active settings of the TV, such as the channel, volume etc. With a multiuser eye tracking system, like the eye tracking device according to this invention it is possible to realize a TV that enables each user to control all or a subset of the settings. 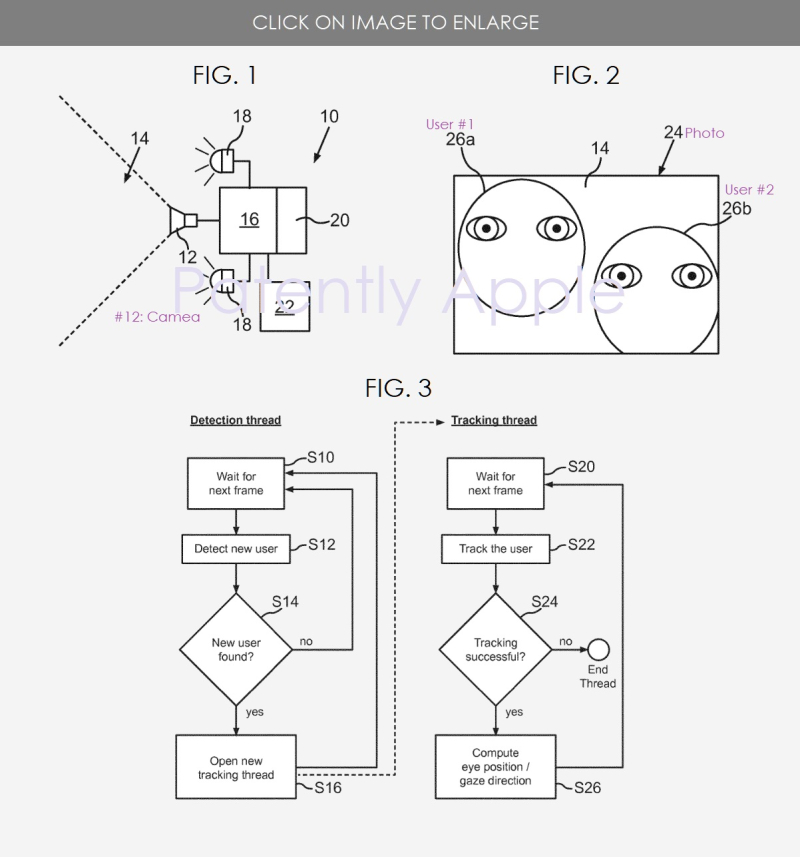 In the end, Apple acquired SMI in 2017 and we have no idea what intellectual property that they were seeking at the time. While the invention seems that it could fit well with Apple's Macs, iDevices and Apple TV hardware for TV controls, playing games, using FaceTime and beyond, it's impossible to know if this acquired intellectual property is being engineered into Apple's future product roadmap.