Apple Sued by Pinn, Inc., maker of an Odd Clip-On Device with a Single Wireless Earbud, Claiming Apple's AirPods Infringe on their IP 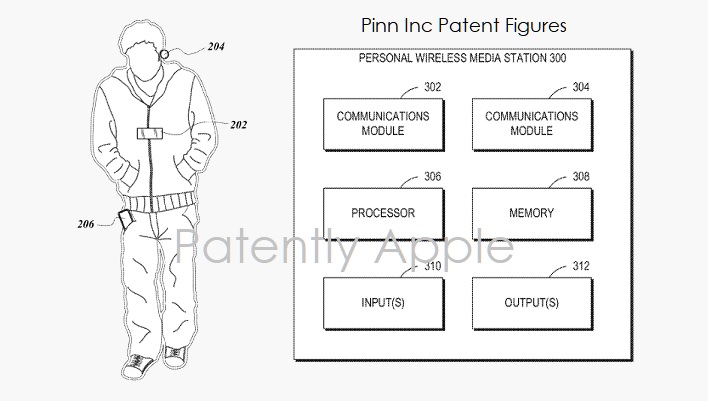 Apple is being sued by California Company Pinn Inc. for infringing on their patents relating to a wearable clip-on device with a pull-out single wireless earphone. They claim that Apple's AirPods infringe on their patents. Below is a video of this odd device.

The one patent titled "Electronic device with wireless earbud," was easy to find under number 9,807,491, granted in October 2017. 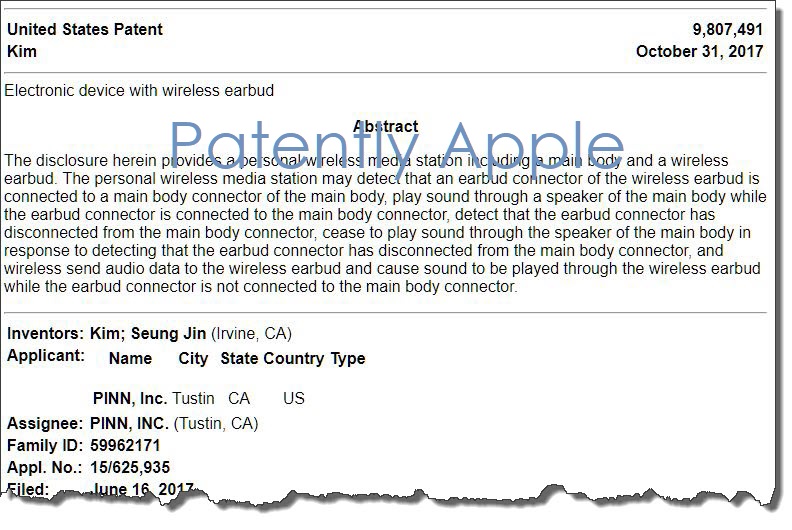 The other two patents listed in the lawsuit weren't so easy to find. Doing a backwards patent search by name, such as "Personal Media System including Base Station and Wireless Earbud," is only listed as a patent application. The third patent working backwards led to patent number 10,306,035 which has been abandoned. So it's a little confusing.

The bottom line is that Pinn Claims in their complaint filed in California that "Apple makes, has made, uses, sells, and offers for sale in the United States and imports into the United States various versions of a wireless media system that practice the Pinn Patents in Suit: Apple AirPods 1st Gen., AirPods 2nd Gen., and Powerbeats Pro."

If you have an interest in knowing more about this lawsuit, then dive deeper into the SCRIBD document below, courtesy of Patently Apple. 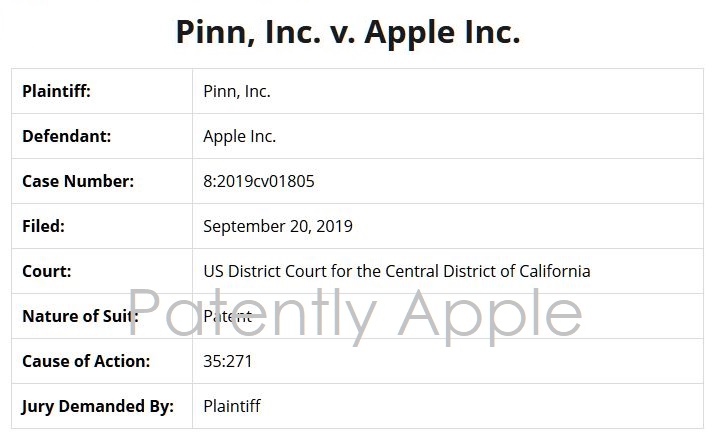 Our original report stated the following: "On the YouTube page here that carries the PCWorld video, it claims that the product was "Pinn," owned by Launchboom."

Update Oct, 02, 2019: The CEO of Launchboom contacted Patently Apple by email to inform us that PCWorld got it wrong. Pinn was only a client of their promotional services and that they have no ownership in Pinn.

We went back to the video to take a screenshot. As shown below, we placed an arrow pointing to Launchboom where it states "The most effective product launch system," and then below it, we can see the products that Launchboom was promoting at this trade show. Pinn was one of a few companies Launchboom promoted. PCWorld misinterpreted that to mean Pinn was owned by Launchboom. 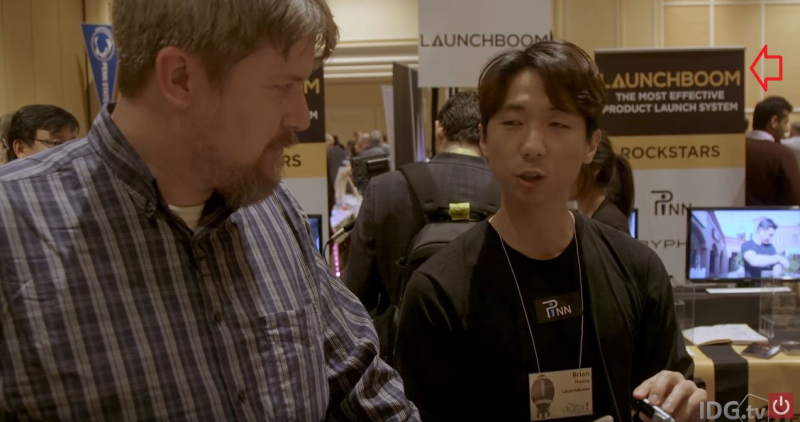