Today the US Patent & Trademark Office published a patent application from Apple that relates to another biometrics method for user authentication by scanning the surface of user's palm.

Today Apple uses Touch ID using fingerprint scanning and Face ID for scanning a user's face on modern iPhone and iPads. Apple has been researching biometric that could scan veins and now today's patent application shows that scanning a user's palm may be yet another future biometric method. The patent puts a lot of emphasis of this palm method in context with an Apple Watch shown in our cover graphic.

The electronic device may further include a controller configured to capture image data from the user's palm in cooperation with the palm biometric image sensor layer and determine a surface distortion of the user's palm based upon the image data.

The controller may also be configured to perform a biometric authentication of the user's palm based upon the image data and the surface distortion. 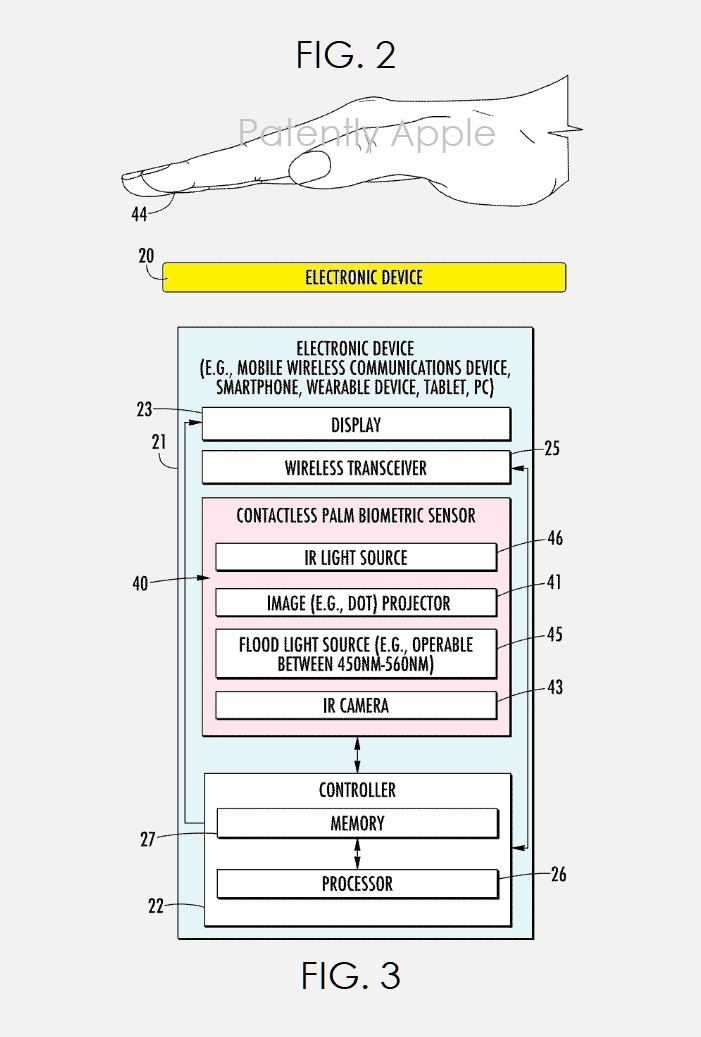 Apple's patent FIG. 5 below illustrates the notch area of an iPhone with various cameras and sensors; FIG. 6 is an image diagram of a user's palm acquired using an electronic device; FIG. 7 is a flow diagram according to an embodiment. 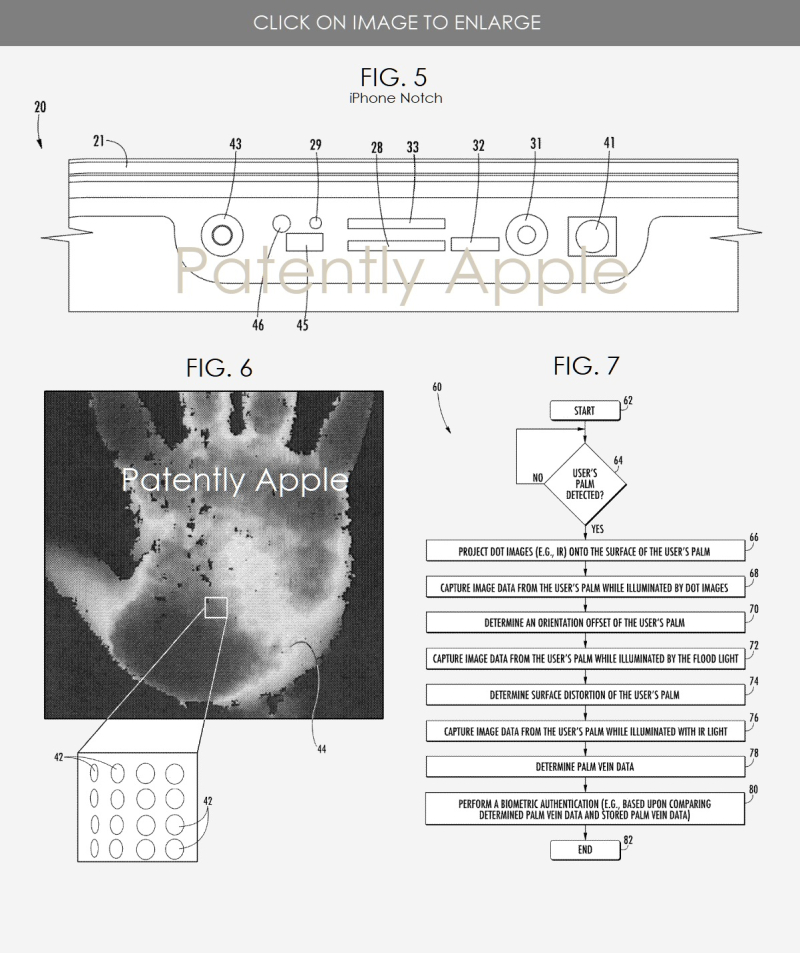 As will be appreciated by those skilled in the art, skin surface cracks in the user's palm 44 are the dominant features in images of the user's palm taken using visible wavelengths in the blue and green range.

Apple's patent FIG. 14 below is a schematic diagram of the display layer and the palm image biometric image sensor layer of the electronic device of FIG. 12; FIG. 10 shows a user gaining access to their Apple Watch using the palm of their hand as a biometric measure. FIG. 11 shows the back of a user's hand hovering over the Apple Watch below. 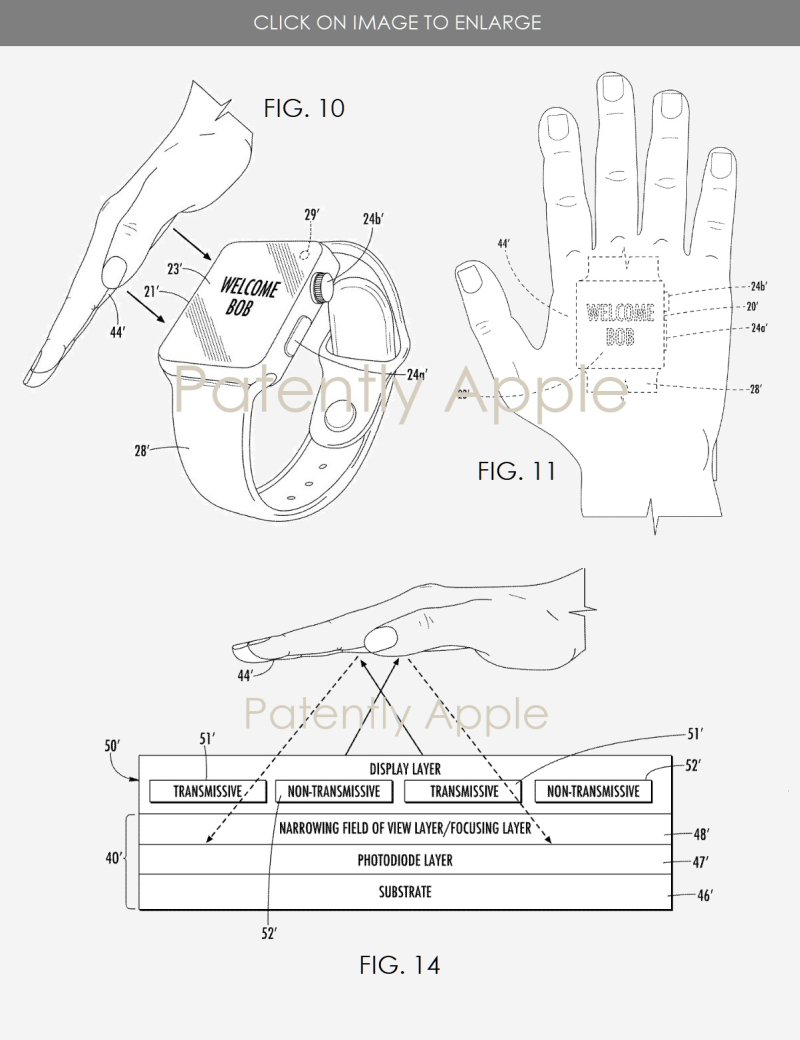 Apple's patent application 20190278973 that was published today by the U.S. Patent Office was filed back in Q1 2019. Considering that this is a patent application, the timing of such a product to market is unknown at this time.

Dale Setlak: Engineering sensors and measurement systems. He joined Apple after AuthenTec was acquired by Apple. Setlak was co-founder and CTO at AuthenTec.

Giovanni Gozzini: Director of Engineering. He came to Apple via AuthenTec.

About Making Comments on our Site: Patently Apple reserves the right to post, dismiss or edit any comments. Apple IP 20190278973