Apple Files for 'Slofie' and 'QuickTake' Trademarks in Europe 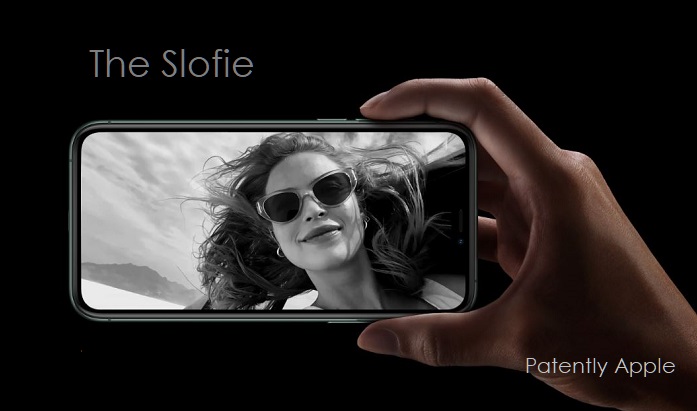 On September 10th Patently Apple posted a report that highlighted Apple's iPhone 11 Pro feature called the "Slofie" as highlighted in our cover graphic. Apple says why take a selfie when you can now take a slofie with iPhone 11 Pro's camera. What is a Slofie? Apple describes it this way:

"The new 12MP TrueDepth camera lets you take 'superfun' slow-motion selfie videos at 120 fps, or shoot in 4K at 60 fps. For stills, the camera now automatically zooms out when you rotate your iPhone, so you can get your whole crew in the shot. Yes, even selfies can be Pro."

After the keynote Apple filed for the 'Slofie' trademark in Europe which was filed under number 018124314. Although filed on September 13th, we didn't see the public filings until today September 17. 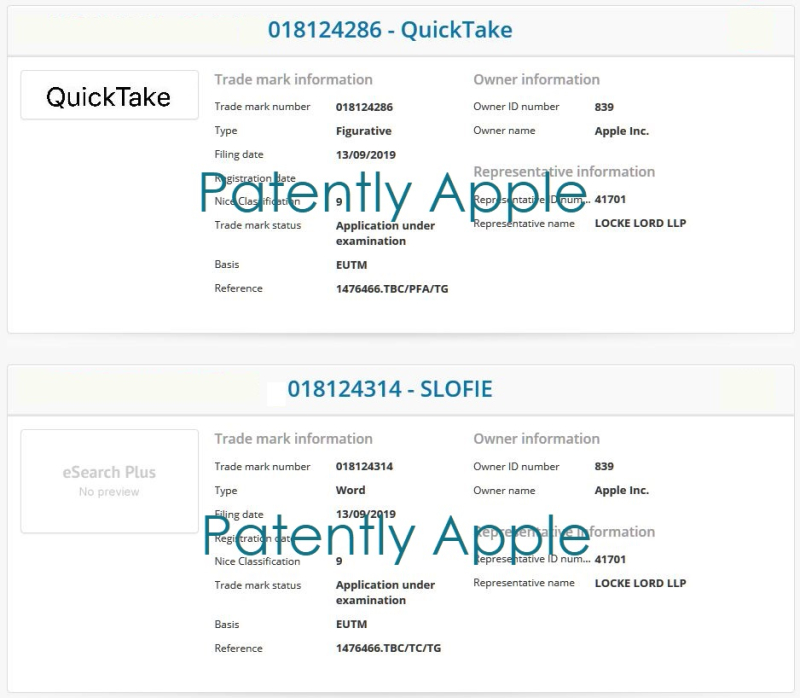 In every new trademark report we now note that trademark classes are very important because the trademark registration will only protect Apple's trademark(s) in the class or classes that have been identified in their application(s).

In Apple's latest trademark filings, the case is no different, even if Apple's filings went overboard by including almost everything under the sun including electric fences to protect their trademarks under International Class 09 as presented in full below.

I suppose in some countries, people running into an electric fence is more common than we think and users being able to capture their face on fire with their new iPhone 11 Pro Slofie mode could come in handy in some odd scenario. 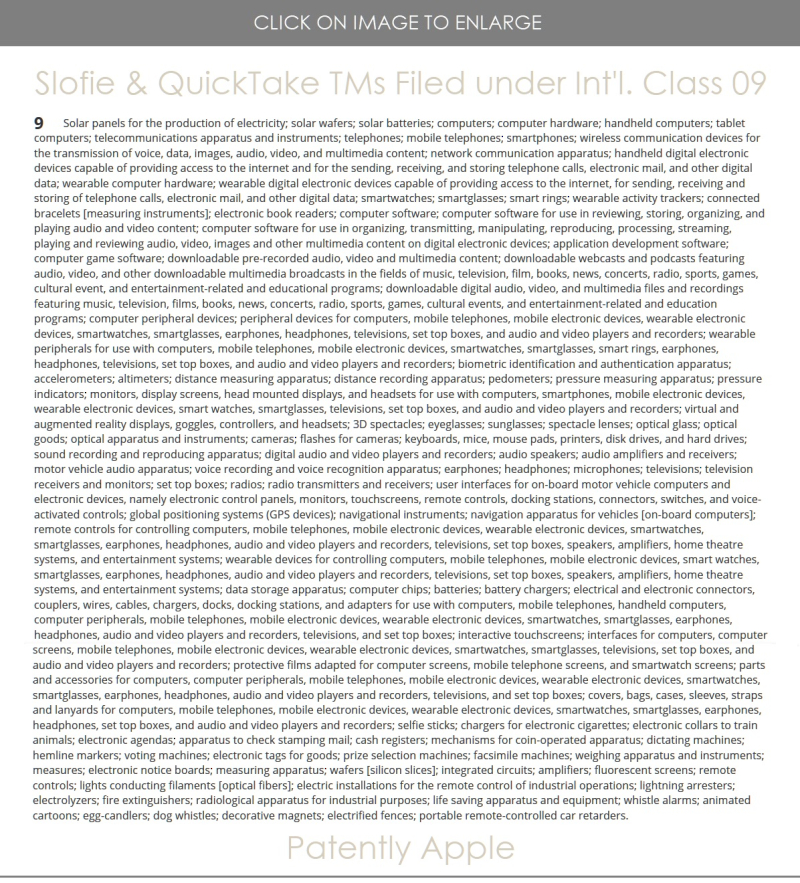