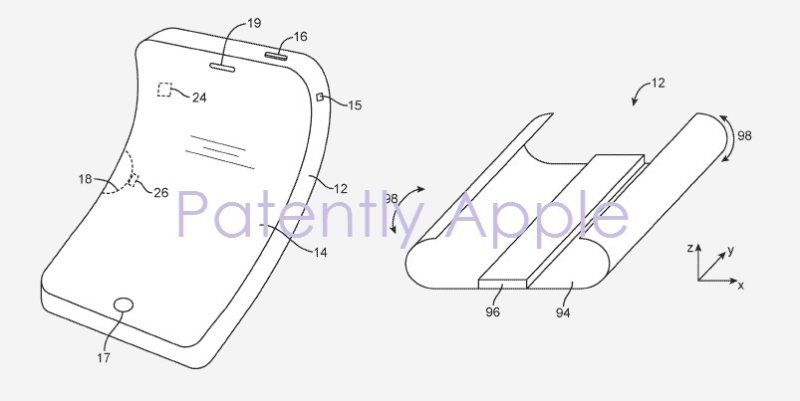 Being that today's patent is yet another "continuation patent," we know that any new addition will be found in their patent claims. So what's new this time around that Apple wants protected?

The big things that have been added to Apple's patent claims includes: a flexible display; control circuitry; a hinge; squeezing the flexible display changes an app; a sensor for squeezing; and a force sensor. The specifics are found below.

Claim #10: The electronic device defined in claim 9, wherein the control circuitry activates a software application in response to the squeeze of the flexible housing.

Claim #20: The electronic device defined in claim 17, wherein the sensor comprises a force sensor that is located in the flexible display.

Apple's continuation patent 20190278422 that was published today by the U.S. Patent Office was originally filed back in May 2019. To compare the current patent claims to those from Apple's last patent claims, visit Apple's June 2019 continuation patent here. Apple has a large pool of patents covering foldable and flexible devices and display that you could review in our archives here.