On Tuesday Patently Apple posted a report titled "Google Launched Android 10 Today with 'Dark Theme' to get ahead of Apple's 'Dark Mode' coming to iOS 13 Next Week." The report noted that the reality of the matter was that the clear majority of Android phones wouldn't be getting the Android 10 update for another couple of months. Only Google Pixel phone owners were getting the upgrade right away.

Today PCMag posted a Statista chart that provides us with a visual that illustrates just how fragmented the Android world really is. It's a bloody mess. No wonder Google says that it will take months to deliver Android 10. 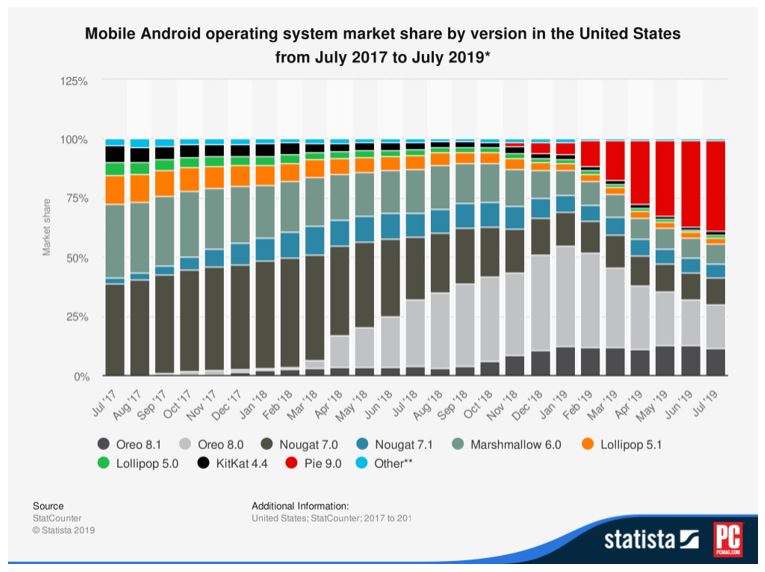 Although it's a Statista statistical chart, the latest market share breakdown data actually comes from Statcounter. The ubiquitous OS remains as fragmented as ever across the vast market of Android devices.

PCMag.com states in their report that "There are plenty of reasons why Android is so fragmented compared to iOS; Apple keeps tight control over its OS and pushing out updates, whereas the strength of Android is its deep customizability both for each individual user and across device-makers—many of which (like Samsung) have their own custom flavors of Android." For more on this, read the full PCMag report.