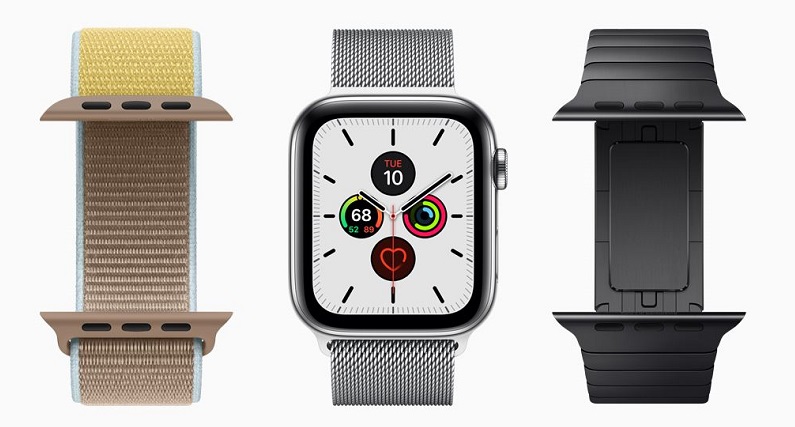 In August Patently Apple posted a report titled "Apple Remains the Clear Smartwatch Market Leader in Q2 2019," wherein they almost tripled Samsung's watch sales. Going into calendar Q4, Apple is likely to have a very strong holiday sales season, and in fact, one analyst see's Apple's winning streak continuing well into 2020 and beyond.

According to a new analytical published today, global shipments of smartwatches in 2019 are estimated to total around 62.63 million units. Looking ahead to 2020, smartwatch sales will benefit from the lower prices of the earlier versions of the Apple Watch devices and the release of competing devices.

TrendForce forecasts that the global smartphone shipments in 2020 will grow by 28.6% Year-over-Year (YoY) to around 80.55 million units. The total shipments of the Apple Watch devices for the same year are also forecasted to grow by 21.8% YoY to around 34 million units.

Jason Tsai, TrendForce analyst for wearable devices: "The strong demand for the Apple Watch has been the chief growth driver of the whole smartwatch market. Apple’s success in the smartwatch market is based on an effective pricing strategy and a proactive approach to the development of new products. The price cut for the Series 1 models, in particular, has been a significant help in boosting shipments."

Tsai further pointed out that Apple adjusted the prices of the Series 1 models in conjunction with the launch of the Series 2 models. The move helped galvanize the overall sales of the Apple Watch devices.

Tsai added that "The upcoming release of the Series 5 models will again accompany by a price reduction for the Series 3 models. Furthermore, new products and perhaps new brands will soon be entering the market. All these factors will sustain the strong growth momentum in the future."

TrendForce’s long-term analysis of the smartwatch market currently forecasts that the global shipments in 2022 will break the ceiling of 100 million units to a total of around 113 million units. 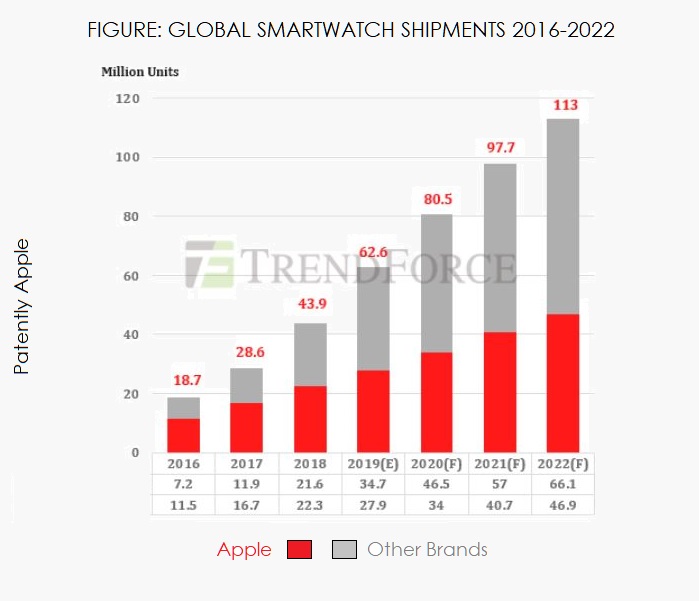 Oddly Tsai stated that "smartwatches still lack dedicated killer apps that can really pique the curiosity of most consumers." I think many would agree that adding cellular connectivity was a killer app for some consumers and now the always-on interface will draw in more new customers.

Lastly Tsai stated for the report that "The emphasis on value over specs gives entry-level models a key role in sales. This is the reason why the Apple Watch models of the latest Series 5 are not that much different hardware-wise from the models of the discontinued Series 4, and why Apple has kept the Series 3 models as the entry-level options."