Amazon's Event Part 2: Alexa in Celebrity Voices, Smart Glasses and a Smart Ring that may push Apple into Action

Just when I thought the Amazon event was over, they just kept introducing more products. While we covered a few of their key devices today in our earlier report, this follow-up report briefly touches on three things: The first is that Amazon customers using echo devices will be able to switch the voice of their digital assistant Alexa to that of a series of celebrities you may prefer.

The second focus is Amazon's new smart ring called Echo Loop. With a patent-pending smart ring invention of their own in the lab, you have to wonder if today's surprise move by Amazon will give Apple's smart ring project a little nudge closer to market. And thirdly we briefly touch on Amazon's smart glasses called Echo Frame which is really at a rudimentary level product at best and that's being kind.

It all begins with Samuel L. Jackson

You’ll be able to interact with Samuel L. Jackson later this year - and if you add this personality in 2019, you'll get a special price of $0.99. Stay tuned for more celebrity voices next year. 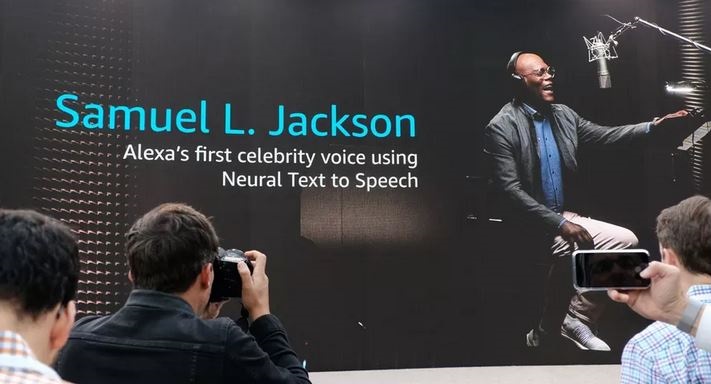 A moment before posting this report, Amazon pulled a great YouTube video with Samuel Jackson about their new service, so we had to edit out the code. Why they decided to yank the video is unknown at this time. Perhaps Amazon wants to re-air it closer to product launch.

Other Languages for Alexa on the Way

Another benefit Amazon discovered moving to neural test to speech has been it gives them more freedom to invent for their customers. For example, the same TTS technology and back-end work on natural language processing also allows us to add new types of languages very quickly.

With billions of people in the world speaking more than one language, many homes are not homogenous when it comes to languages anymore. So for those customers, Amazon is rolling out Multilingual Mode. This will be available in three pairs to start: in the United States – English and Spanish, in India – Indian English and Hindi, and in Canada – Canadian English and French.

U.S. Spanish and Multilingual Mode will be available starting next month and we will continue to build. 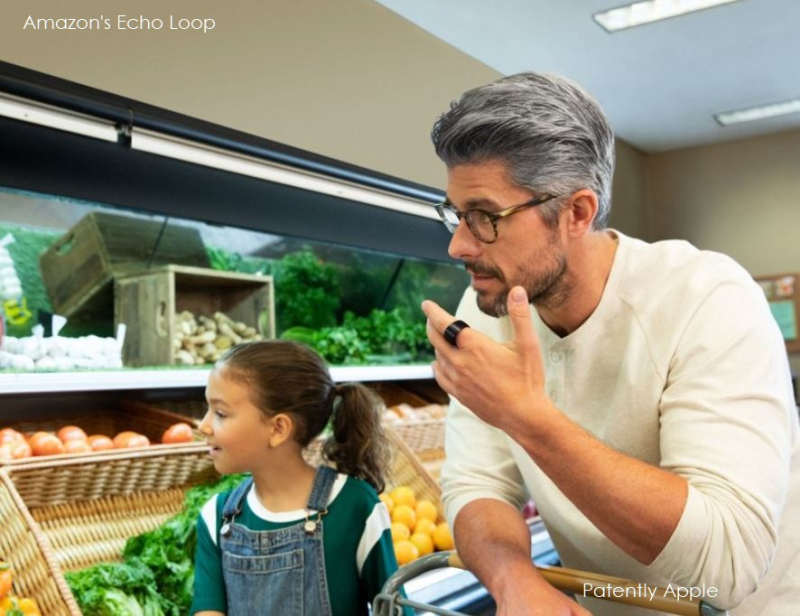 Next up, the new Alexa-enabled smart ring called Echo Loop. The tiny device is packed with ways to stay on top of your day. It has 2 microphones activated by a button tap. With Echo Loop, you'll have more information at your fingertips - literally.

Echo Loop has a two-microphone, the smallest speaker ever on an Echo device, and a haptic engine that vibrates discreetly when you receive notifications or an incoming call, or to signal that the button has been pressed and Alexa is streaming your request to the cloud. It’s a ton of technology packed into this small form factor.

Paired with your phone, this ring lets you access information throughout the day. It’s super easy to connect with Alexa without breaking stride or digging out your phone, for those simple things like turning on the lights or calculating the tip on your lunch bill. Simply press a button talk softly to Alexa and then the answer comes discretely through a small speaker built into the ring.

In one of Apple's 2015 patent on a future smart ring Apple noted that "the ring computing device is more portable than a mouse, doesn't require a computer, doesn't require eye contact with the touch screen, allows the user to not be tied to a computer, cellular phone, or tablet to certain control electronic devices (e.g., televisions), reduces the inefficiencies of mode switching by not requiring a user to move his or her hand off a keyboard to move a mouse or touchpad, and is smaller, more portable, and less obtrusive than existing devices.

Lastly, Amazon's Smartglasses are called Echo Frames that are Alexa-enabled to let users get more done and be more present. They look like regular prescription glasses (without a prescription, but you can add one), and they’re comfortable, weighing only 31 grams.

They don’t have a camera or display to get in the way—they’re all about all-day access to Alexa on-the-go while keeping your hands, ears, and eyes free to engage with the world around you, according to Amazon. 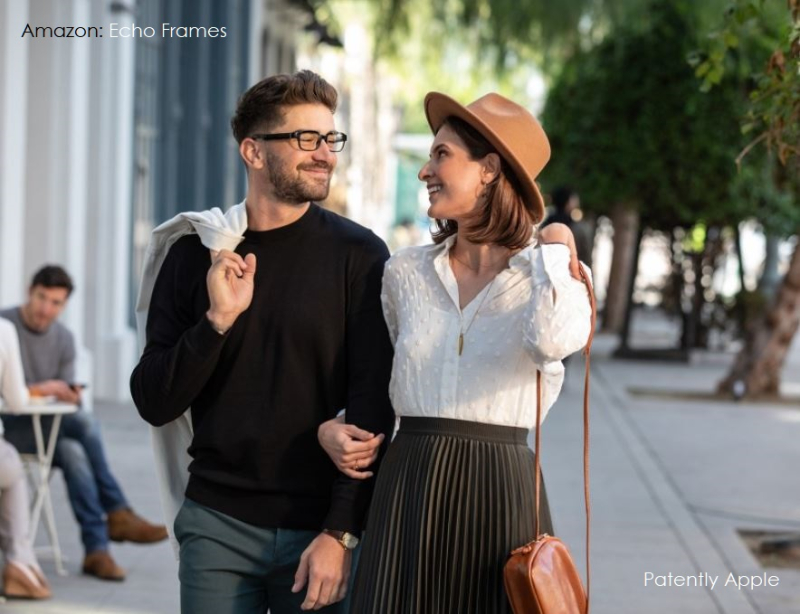 While it's a nice marketing toy to promote before an audience of tech writers and personalities hungry for something cool to write about, it really means little to nothing at this point in time. Then again, it's a first-gen starting point.

While it`s unknown at this point in time if Apple intends to proceed with a family of smart glasses and video headset products in the future, we do know that their in-depth patents point to some having done some serious R&D in this field that goes far beyond the basics of simply being a vehicle for Siri.