Home Archives Contact Us Subscribe Twitter MeWe Facebook Patently Mobile
Apple Announces that Production of the new Mac Pro will begin in Texas in the not-too-distant Future
Google to Launch Google Play Pass' later this week that Offers Arcade-Like Games and Apps for just $1.99/mo for the first Year 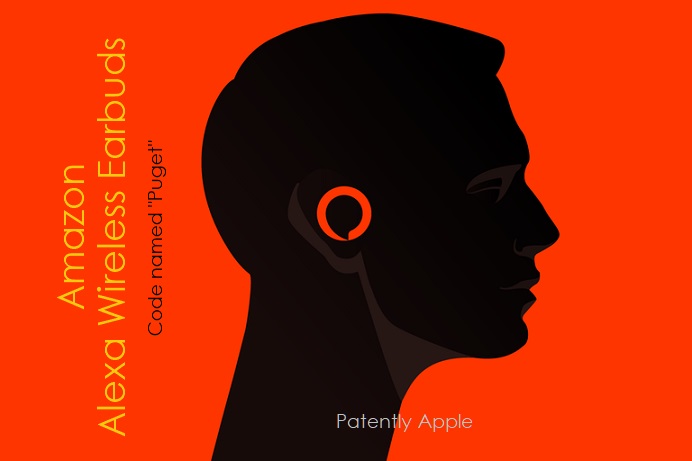 In Late August Patently Apple posted a report titled "Apple AirPods Led in Hearables in Q2 2019, Crushing all for their Competitors Combined." It now seems that Amazon wants a piece the action in the wireless earbuds market as news breaking today claims that Amazon is developing a new pair of Alexa-powered wireless earbuds that double as a fitness-tracking device."

Whether Amazon will give the public a peek at the earbuds code named "Puget" on Wednesday when it holds its annual hardware event in Seattle on Wednesday. The new earbuds are expected to come with a built-in accelerometer and be able to monitor things like distance run, calories burned and pace of running but will need an iPhone or Android phone as they don't come with built-in cellular connectivity.

The new earbuds are expected to be priced below $100, this person said, undercutting competing products from Apple or Bang & Olufsen.

Both products would fit into Amazon’s strategy to place its Alexa voice-assistant everywhere — in home and beyond. The new earbuds will give access to Alexa on the go, letting users talk to the voice assistant even in outdoor areas. The bulkier Echo, meanwhile, is designed to be the central speaker in Alexa’s core home market, as it comes with a woofer and a higher-quality speaker than the original Echo. For more on this, read the full CNBC report.