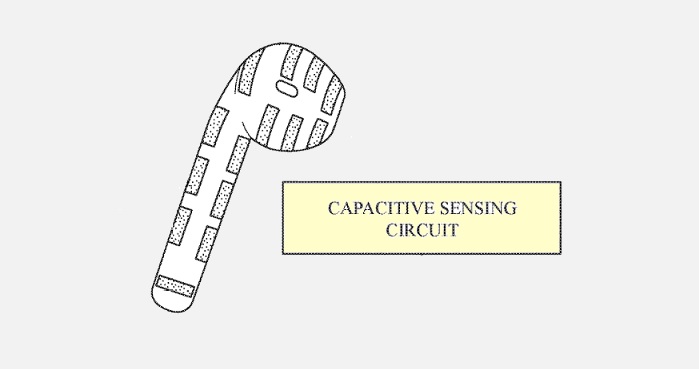 Today the US Patent & Trademark Office published a patent application from Apple that relates to AirPods and other Apple products known and yet to debut. While Apple has introduced AirPods with Tap Controls, Apple's invention supporting this feature makes it clear that a "Swipe Control' is also a future possibility to control volume or other feature Apple may dream up. This same technology could, as Apple suggests, be applied to many future devices including smartglasses, over-the-ear headphones and more.

Apple's invention covers audio playback functions and other operations that may be controlled using a controller in AirPods that analyzes sensor data to determine the operating state of AirPods. If, as an example, a user removes an earbud from the user's ear, the controller can automatically pause the audio playback.

Apple's latest AirPods supports a tap feature. Apple's marketing states: "You also have the freedom to wear one or both AirPods, and you can play or skip forward with a double-tap when listening to music."

In the future Apple may introduce a "sliding or swiping gesture" that could for example control volume control by sliding up or down on the stock of AirPods.

Apple's patent FIG. 1 below is a schematic diagram of an illustrative electronic device; FIGS. 2 and 3 show AirPods having capacitive sensors; and FIG. 10 is a flow chart of illustrative operations involved in using an ear bud. 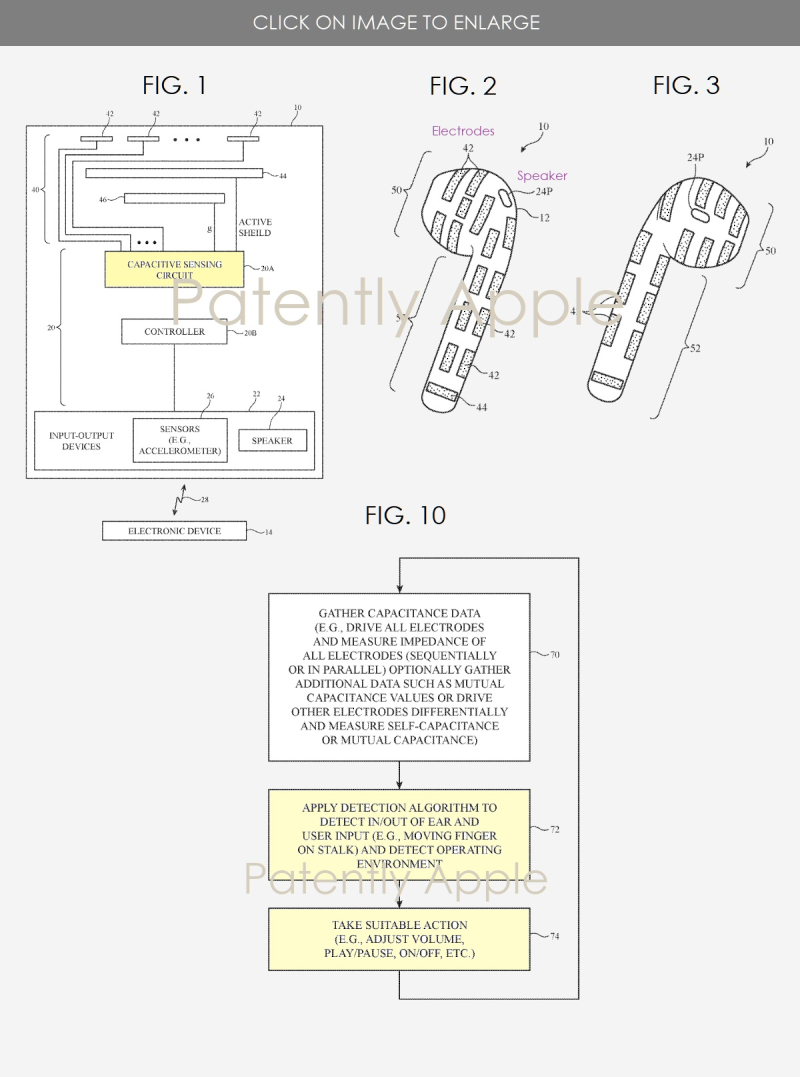 Further to patent FIG. 1, a user can control the operation AirPods by supplying commands using capacitive sensing circuitry and/or input-output devices (#22). For example, a user can provide tap input (tap gestures) by tapping on AirPods with a finger or sliding the finger along the case of the earbud close to sensing electrodes (#42).

The Electrodes may include electrodes that can be touched by a user's finger to supply touch commands (e.g., swipe gestures, tap gestures, other finger touch gestures, etc.).

The Invention Applies to Other Future Devices

Apple make is clear that electrodes may be incorporated into devices other than AirPods. For example, the electrodes described in this patent application may be used in a computing device such as a laptop computer, a computer monitor containing an embedded computer, a tablet computer, a cellular telephone, a media player, or other handheld or portable electronic device, a smaller device such as a wrist-watch device (e.g., a watch with a wrist strap), a pendant device, a headphone or earpiece device, a device embedded in eyeglasses or other equipment worn on a user's head, or other wearable or miniature device, a television, a computer display that does not contain an embedded computer, a gaming device, a navigation device, an embedded system such as a system in which electronic equipment with a display is mounted in a kiosk or automobile, furniture, fabric-based items such as pillows and clothing, equipment that implements the functionality of two or more of these devices, or other electronic equipment. The use of electrodes 40 to form capacitive sensing circuitry (e.g., a capacitive sensor array) in earbud 10 is merely illustrative.

Recently Huawei introduced touch controls on the side of their new Mate P30 Pro smartphone that controls volume without a physical button. 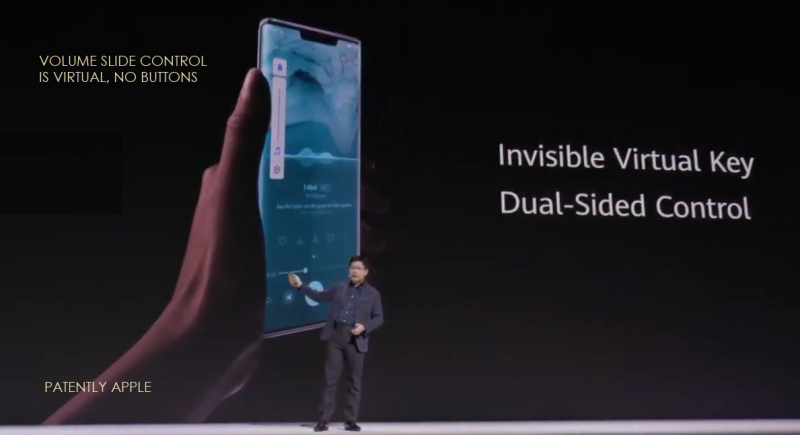 While Apple has patents covering "virtual" buttons for a display, Apple could alternatively use capacitive sensor circuitry on other materials to perform the same functionality to change volume on many future Apple devices like smartglasses, over-the-ear headphones and far beyond.

Apple's patent application that was published today by the U.S. Patent Office was filed back in Q1 2018. Considering that this is a patent application, the timing of such a product to market is unknown at this time.

About Making Comments on our Site: Patently Apple reserves the right to post, dismiss or edit any comments. Apple IP 20190297408