While Global Notebook Shipments Grew under 1% Year-over-Year, Apple Soared above their Competition

For calendar Q2 (fiscal Q3) Apple's CEO Tim Cook stated during the company's financial conference call that "We were also very happy with double-digit revenue growth from Mac fueled by a strong performance of MacBook Air and MacBook Pro. 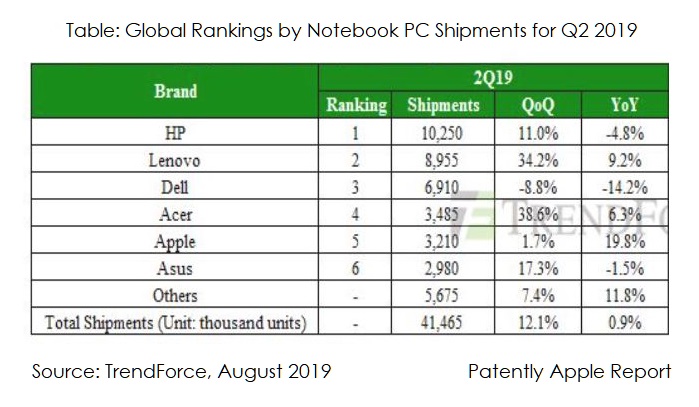 Acer experience a massive 38.6% boost in the quarter to stay a head of Apple.

Leading brand HP saw shipments reaching 4.4 million units in June, which forms the second time the company hits a single-month shipment high since it last did in the June of 2018. This also pushed its shipments for 2Q to 10.30 million units, bringing QoQ growth to 11%.