Home Archives Contact Us Subscribe Twitter Facebook MeWe Parler Patently Mobile
Apple is Reportedly Close to Opening an Online Store in India
Apple has been sued by a Customer demanding $250,000+ for not being refunded for Devices that were "Hacked" and more 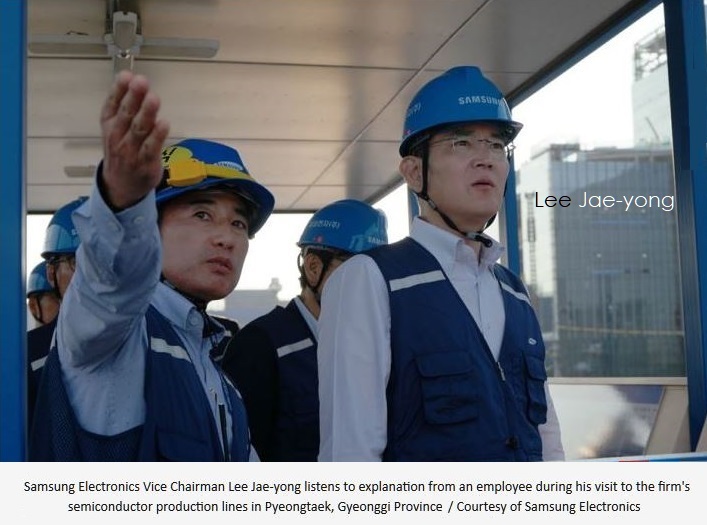 A Korean report today states that Samsung Electronics has been scrambling to come up with responses to various scenarios as the Supreme Court is set to rule Thursday on the conviction of Vice Chairman Lee Jae-yong in the corruption scandal that unseated former President Park Geun-hye. A Samsung Electronics official stated for the report that "We are paying sharp attention to the ruling of the Supreme Court."

The nation's highest court is expected to decide on whether to uphold or dismiss an appeals court ruling that reduced Lee's five-year jail term imposed by a lower court to two years and six months suspended for four years.

Lee, who was in prison for about a year following the lower court sentence, was released in February 2018 after the appeals court ruling.

If the Supreme Court upholds the appeals court ruling, the Samsung heir will be able to continue to focus on his business activities at a time when the company has been hit by a series of negative business conditions including Japan's export restrictions on key high-tech materials vital to making chips and displays, as well as a steep downturn in the global semiconductor market.

But if the court disallows the ruling, he would have to go through a tough hearing process and could be incarcerated again, which would deal a heavy blow to Samsung Electronics.

The high-profile corruption scandal that hit the nation in late 2016 involved ex-President Park, her longtime confidante Choi Soon-sil, Choi's daughter Chung Yoo-ra and Lee as well as many other politicians and business figures. The scandal sparked massive street protests and eventually led to Park's removal from office in March 2017.

Choi Joon-seon, an emeritus professor of Sungkyunkwan University Law School, said for the report that "the Supreme Court was likely to uphold the ruling of the appeals court,' adding 'That would be the easiest decision for the court to make amid an economic slowdown.'"