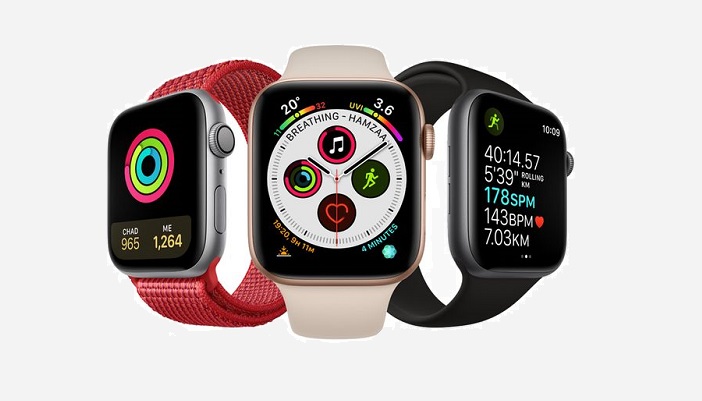 Apple's CEO stated the following in his opening statement for fiscal Q3 2019 about Apple Watch: "As I mentioned at the outset, it was another sensational quarter for wearables with growth accelerating to well over 50 percent. We had great results for Apple Watch, which set a new June quarter revenue record, and is reaching millions of new users, Over 75% of customers buying Apple Watch in the June quarter we're buying their first Apple Watch."

Neil Mawston, Executive Director at Strategy Analytics: "Apple shipped 5.7 million smartwatches worldwide in Q2 2019, rising an above-average 50 percent from 3.8 million in Q2 2018. Apple Watch remains a long way ahead of the chasing pack and its global smartwatch market share has grown to 46 percent this quarter, up from 44 percent a year ago. Apple Watch has fended off strong competition from hungry rivals.  Apple remains the clear smartwatch market leader."

Samsung's smartwatch growth was the highest for the quarter but they took their share away from Fitbit and not Apple as the chart above proves out.

Samsung has updated  their smartwatch that will ship in September. Patently Apple reported on this Monday in a report titled "Samsung Reveals Galaxy Watch Active2 launching in September with a built-in ECG that still requires FDA Approval." Samsung may touch on their watch update later today during their Unpacked event in New York this afternoon.

The Apple Watch update is likely to be unveiled during the company's September iPhone event.