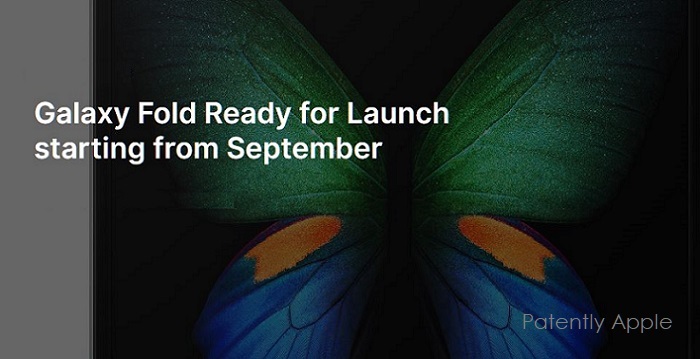 On the very day that Korea's Supreme Court handed down a surprising verdict that could send Samsung Electronics Vice Chairman Lee back to jail, Samsung announced that they'll release the delayed Galaxy Fold on September 6.

The announced date happens to fall exactly when Germany's IFA, the world’s largest electronics trade fair, is scheduled to begin. It will provide Samsung with a huge platform for its official launch.

The price of the smartphone will be in the range of 2.3 million won ($US1,890) to 2.4 million won -- the highest among the tech giant’s Galaxy lineup. Because of the steep price tag, production volume will be relatively limited.

One industry source was quoted on local news that "Because of the small production volume, it will be fair to say that the Fold is kind of a limited edition." That's an understatement, to be sure.