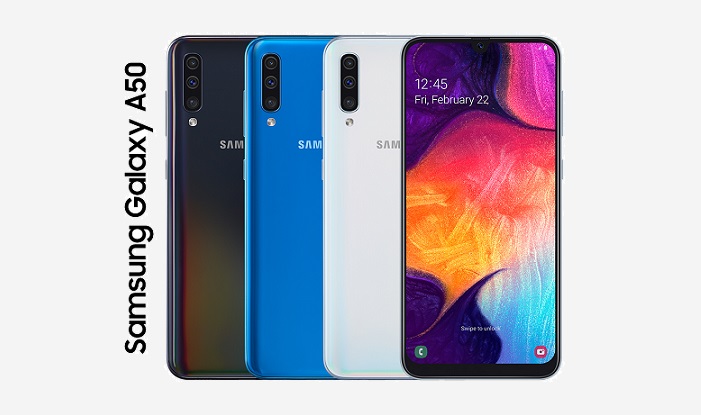 On August first Patently Apple posted a report on Apple's Global iPhone shipments dropping 18.2% in calendar Q2 2019, the highest drop of the top five smartphone OEM's despite having super success with their iPhone XR in the U.S. and in Urban China. Today a new analytical report was posted showing that Apple's iPhone performance in Europe mirrored Apple's global performance. 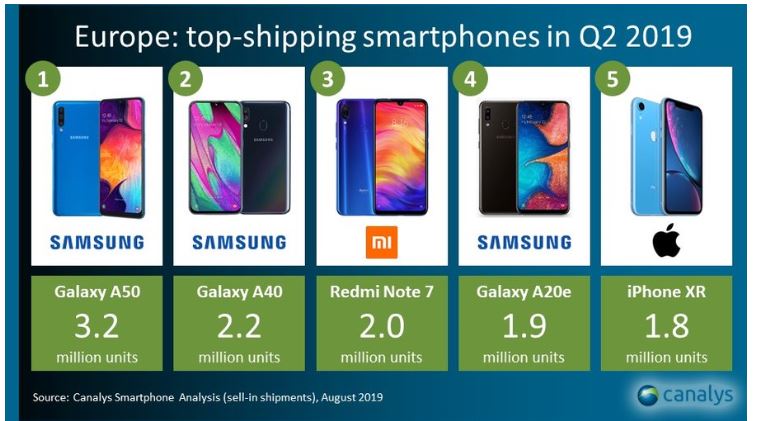 At the end of July Patently Apple posted a report titled "Both Apple and Samsung are Seeing the trend of consumers choosing Lower-End Smartphone models," and the Canalys listing above of the top 5 smartphone models clearly proves that out. Surprisingly Huawei didn't have a single smartphone in the top five in Q2.

With Samsung adapting to the shift in consumer sentiment quickly and with multiple models, they were easily able to grab the top spot in Europe with 40.6% market share, a leap of 20% annual growth. Xiaomi who had a single smartphone in the top 5 experienced 48% annual growth. Apple is shown below as having negative annual growth at -17%. 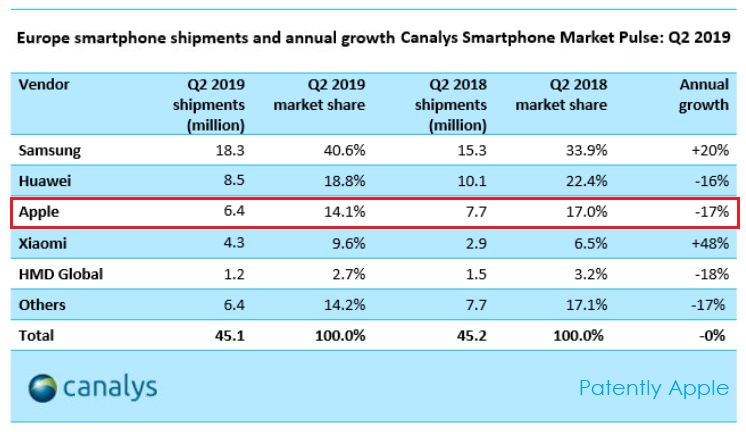 With Huawei dropping 16% in Q2, European carriers may look to bring in other Android brands to compete with Samsung's new focus on mid-market smartphones. It could open the door to other top Chinese smartphone models from Oppo and Vivo.

At the end of the day, one has to put things into perspective. While Samsung has rebounded in Europe with their new A-Series mid-market smartphones, their profits plunged in Q2, in-part because their flagship smartphones didn't sell well. So for Samsung it's a bit of an empty victory as their "volume" of shipments grew but their smaller margins aren't helping the company's bottom line.

For more on this, review the Canalys report.