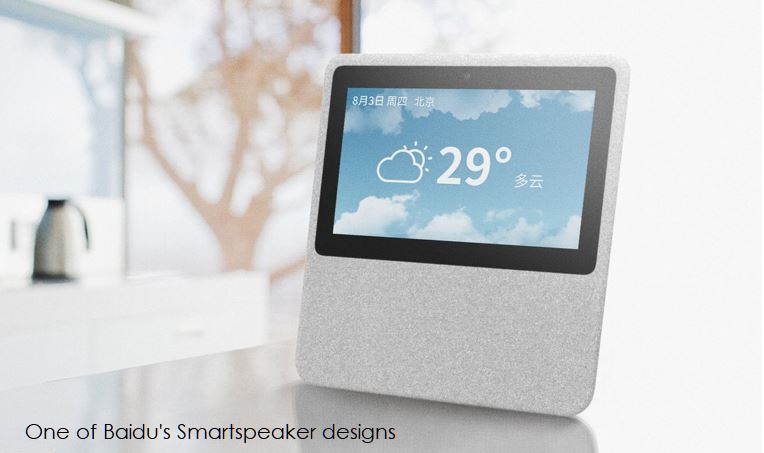 There was a little hope at one point in time that Apple's HomePod would be a market contender, even it was overpriced to be competitive with smart speakers from Amazon and Google. Today, about two years later and even Apple's CEO said nothing of the HomePod in his quarterly summary. Beyond price, Siri was also considered inferior to Alexa and Google Assistant.

A new report by Canalys this week shows that Apple's HomePod hasn't made it into the top global list. The real shocker Q2 was Baidu's insane growth of 3700% that pushed them ahead of Google. While Baidu recorded sales of 100,000 smart speakers in Q2 2018, the same reached 4.5 million units in Q2 2019. They simply knocked it out of the park.

Baidu's market share went from 0.7% to 17.3% year-over-year. Baidu delivered a wide variety of smart speakers including a lamp styled unit called 'Sengled' that doubles as a night light as shown in the photo below and seen in this marketing video.  Our cover photo is a Baidu smart display device that's rolled into the smart speaker category. 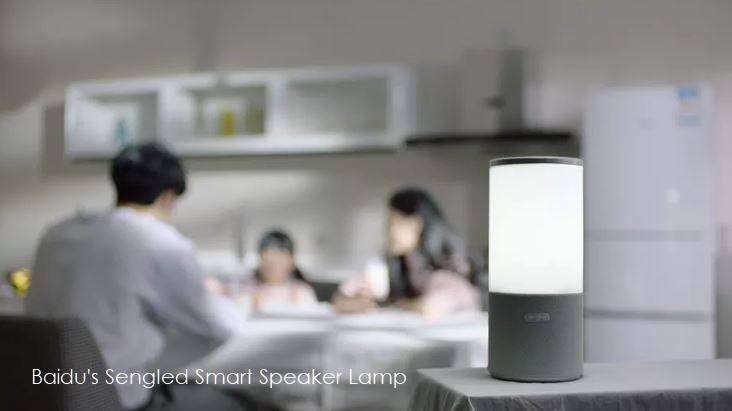 Google could be further challenged by Alibaba within the year. Alibaba grew 38% year-over-year while Google dropped 19.8%.  Only 200,000 units separated the two. 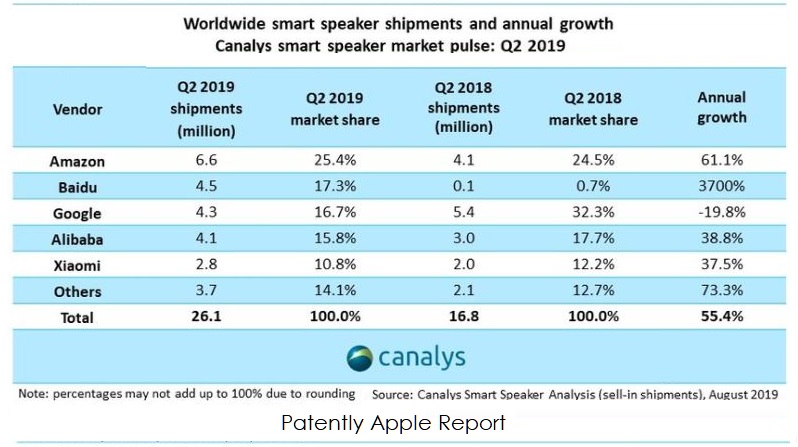 Baidu's strength is of course gathering popularity in China and providing a wider array of smart speaker designs to choose from. Canalys Research Analyst Cynthia Chen noted for the report that Baidu "stood out as a key driver of smart displays, to achieve 45% smart display product mix in its Q2 shipments. Local network operator's interests on the device category soared recently. This bodes well for Baidu as it faces little competition in the smart display category, allowing the company to dominate in the operator channel."

Canalys Senior Analyst Jason Low added that "vendors are facing the challenge of pivoting to more complex devices in the short term, with most vendors looking to integrate displays."

The crazy thing to this is that Apple's SVP Worldwide Marketing Phil Schiller stated that smart speakers should have a display way back in May 2017, just prior to the HomePod debuting. Apple has yet to deliver such a device to market that has become the latest trend .You have to wonder what went wrong with Apple's plans for such a device.

Perhaps with the HomePod already being the highest priced smart speaker on the market at the time, adding a display would have pushed the pricing through the roof. While the idea was bang on, Apple's pricing structure was obviously out to lunch. Will Apple breath new life into HomePod later this year? Only time will tell.