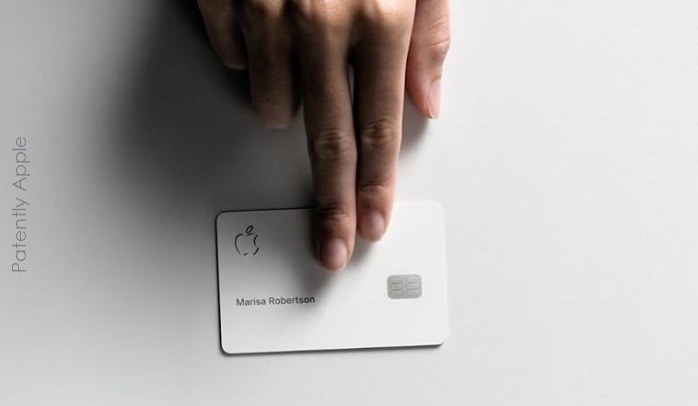 Yesterday Patently Apple posted a report titled "Apple Begins a 'Preview Rollout' of Apple Card Today with Wider Distribution later this Month." How well is it expected to perform in the market? That's exactly what J.D. Power wanted to know and today their 2019 Credit Card Satisfaction Study came to light.

Overall, customer satisfaction with existing cards is currently at a record high. In 2019, only 11% of customers have switched their primary credit card and almost half (45%) said their primary reason for switching was for a better rewards program. Another 17% of those who switched did so to take advantage of a sign-up offer.

Against this backdrop of intense competition, relatively low levels of customer attrition and rich rewards and incentive programs, the question becomes how will a new entry from Apple compete? J.D. Power conducted a pulse survey that delves into consumer perception and awareness of the Apple Card offering, and compared those results with data from our ongoing syndicated studies addressing the credit card market.

Ultimately, we found that awareness is already remarkably high for the Apple Card and many credit card customers are likely to apply when it becomes available – despite the fact that it offers a relatively middle-of-the-road rewards package when compared with other cards.

Yet the Apple Card hasn't even launched yet and 38% of U.S. adults are already aware of it. Among those who are aware of the card, 35% say that they are somewhat or very likely to apply for the card. Those numbers are even higher among younger credit card customers. Among 18-29 year-olds, over half (52%) are aware of the Apple Card.

This is a strong level of awareness, especially for a product that is not yet available to the public and has not been heavily marketed.

Credit card providers have been engaged in a pitched battle to win over new customers with increasingly rich rewards packages over the past several years. While overall attrition rates have remained low, rewards have been the one reliable catalyst to drive switching activity, with 45% of customers who switched cards in the last year saying they did so for better rewards.

Apple appears to be bucking that trend, offering a competitive package of rewards and benefits, but not the best in the industry by any means. The Apple Card won’t have any fees, but it also will not offer any type of sign-up bonus. It will pay 2% cash back when a cardholder buys something using Apple Pay. However, the reward rate drops to 1% when the physical titanium card is used.

Perhaps not surprisingly, 52% of Apple Pay users say they are likely to apply for the Apple Card in the next 12 months.

Clearly, the Apple Card will appeal to current users of Apple Pay, but, from a rewards perspective, the Apple Card is far from the most attractive choice for cardholders that do not use Apple Pay. To-date, roughly 11% of adults report using Apple Pay for purchases in-store, and that number rises to 20% among people who use an Apple iPhone.

The challenge for Apple will be to change the credit card purchase habits of consumers to use Apple Pay rather than a physical card.

Despite an incredibly tight credit card marketplace, it looks like the Apple Card will be a hit because of the power of the Apple brand and a history of delivering on a superior user experience.