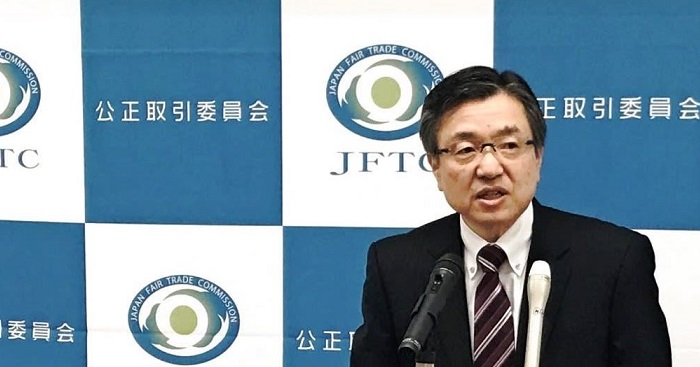 There's a nice friendly consumer side to Apple and then there's the ruthless business side that we rarely get to read about. According to a new report today we're learning that Japan’s Fair Trade Commission is investigating Apple Inc over its pressure on Japanese parts makers and whether it abused its power in violation of anti-monopoly rules, the Mainichi newspaper reported on Tuesday.

"At least one of these Japanese firms said that although it demanded that its contract be revised on the grounds that the practice constituted a violation of its intellectual property rights, Apple refused to comply by threatening to discontinue transactions," according to sources of Japan's 'The Mainichi' newspaper.

The report further noted that "The JFTC found out about such actions through a survey in autumn 2018 on Japanese businesses over their transactions with other companies and subsequent interviews with them.

When Apple Inc. began business talks with about 10 Japanese electronic and optical parts manufacturers, it demanded that their contracts include a clause stipulating that the U.S. firm and its affiliates be allowed to use technologies, knowledge and other intellectual property proposed by the Japanese firms for free, the sources said.

Another Japanese firm has told the JFTC that Apple has stirred price competition and lowered the prices of parts it procures by disclosing technologies and know-how provided by Japanese companies to other parts manufacturers.

One other Japanese manufacturer also complained that it was banned from providing products and technologies to companies other than Apple and was forced to accept the condition that the supplier should fully foot the costs of settling any dispute with the U.S. firm.

Apple has hardly complied with requests from Japanese companies to revise such contract terms, and even threatened to discontinue business talks with Japanese parts makers.

A representative of one of the Japanese companies told the JFTC that it complied with Apple's demands because it did not want to lose its ties with the global IT titan or future business opportunities.

Since these Japanese businesses are major companies, opinions are divided among experts whether Apple has a superior bargaining position over the Japanese firms under the Act on Prohibition of Private Monopolization and Maintenance of Fair Trade.

However, the JFTC notes that Apple has an oligopolistic position in the smartphone and other markets and that losing transactions with the U.S. giant would deal a serious blow to the Japanese firms. Japan's anti-monopoly watchdog suspects that Apple may have signed contracts with Japanese companies under circumstances where Japanese firms could not reject conditions disadvantageous to them, and are considering whether to conduct further probes.

Lawyer Shigehiko Kanai, who is well versed in intellectual property issues, pointed out that Apple's practice could constitute abuse of a superior bargaining position even though the transactions are being conducted between larges companies.

"Technologies and know-how to produce parts are extremely important for makers. These businesses hardly release such information even to their buyers. Practices in transactions between major companies could constitute abuse of a superior bargaining position depending on the power balance between the firms involved," he said. "The Economy, Trade and Industry Ministry should squarely face the fact that intellectual property is being abused and implement sufficient measures to protect such rights."

"Our U.S.-based headquarters conducts negotiations with parts suppliers. It's impossible for the headquarters to sign unfair contracts from the standpoint of compliance with legislation," the official said.

The Mainichi Shimbun asked Apple Inc. headquarters for an interview but had yet to receive a reply from the U.S. company by Aug. 5.

Apple is now under scrutiny in the EU, US and now Japan. On Friday Patently Apple posted a report titled "Beyond the Antitrust investigation into the App Store, the FTC is Apparently Investigating the 2019 Apple-Amazon Deal."