IDC Reports Smartphone Shipments Declined 2.3% Worldwide in Q2 with Apple in a bit of a Slump that's beginning to Turn Around 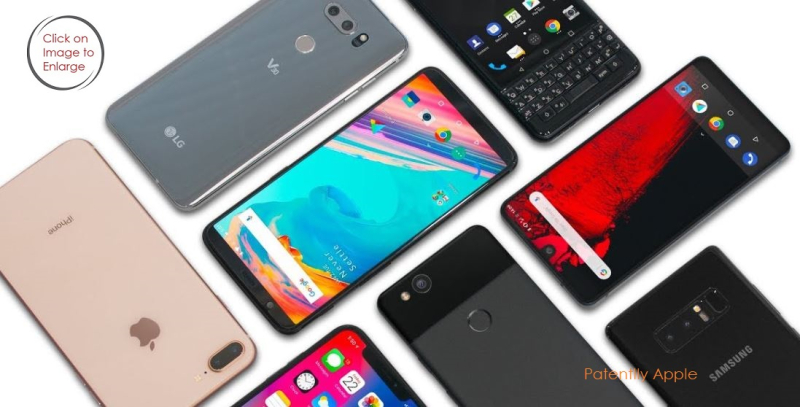 IDC reported late yesterday that worldwide smartphones shipments declined 2.3% year over year in the second quarter of 2019 for the strongest quarterly performance since 2Q18.

Challenges were seen across many markets with China and the United States experiencing the sharpest quarterly declines. However, the declines in China during the first half of 2019 have been less severe than the second half of 2018, suggesting some recovery is underway in the world's largest single market. Asia/Pacific (excluding Japan and China) continued the strong momentum from 2018 with shipments up more than 3% in the quarter fueled by growth across India and many Southeast Asia markets.

According to IDC's report, Apple shipped 33.8 million new iPhones during 2Q19, which was down significantly from the same quarter a year ago.

However, when factoring in the success of the iPhone upgrade program as well as Apple's ability to sell more refurbished iPhones through its channels, the argument can easily be made that its position in the market is still dominant.

Regardless of slightly lower market share and device selling prices, as pointed out in Apple's earnings call, the iPhone installed base continues to grow. So irrespective of the hardware – as a new iPhone, an older model, or a refurbished product – the expansion of iOS users is what appears to matter most going forward.

While it may be upsetting for some to see, IDC's chart shows that Apple was the only smartphone leader to decline Year-over-Year despite the generally positive news from Apple this week. 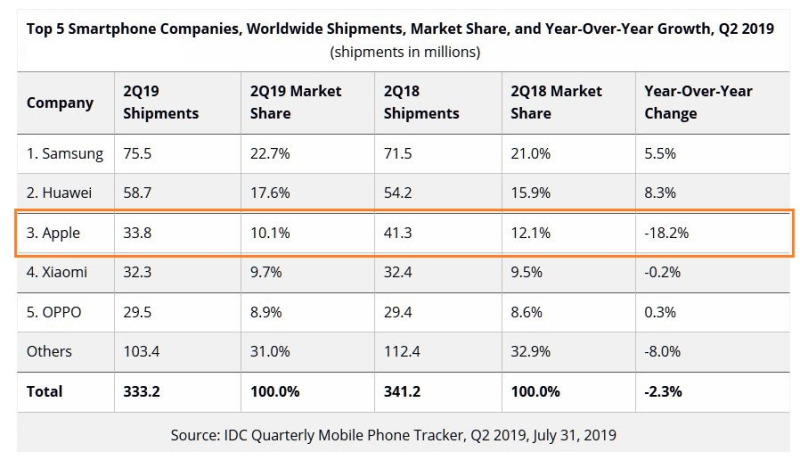 Apple's CEO stated this week during his opening Q3 Financial Conference call that "For iPhone, we generated $26 billion in revenue. While this is down 12% from last year's June quarter, it is a significant improvement to the 17% year-over-year decline in Q2. We're encouraged by the results we're seeing from the initiatives that we spoke about in January, including strong customer response to our in-store trade-in and financing programs.

Cook further noted that "In fact, iPhone in our retail and online stores, returned to growth on a year-over-year basis in the month of June. Our active installed base of iPhone reached a new all-time high and was up year over year in each of our top 20 markets underscoring the quality of our products and the satisfaction and loyalty of iPhone customers around the world."

For IDC's commentary on Apple's competition Samsung, Huawei and others, read the full IDC report here.