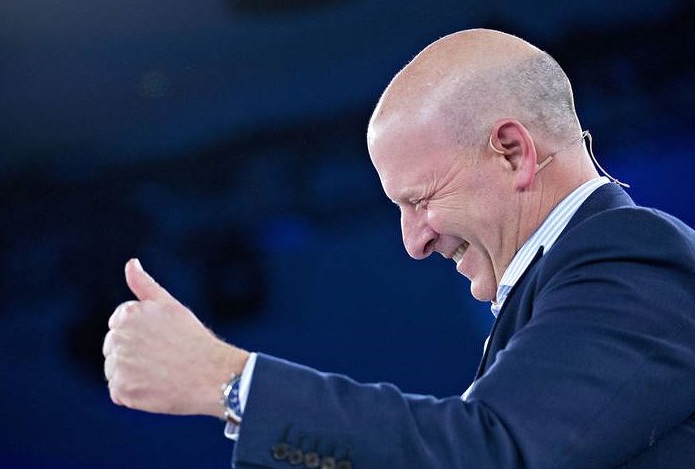 On August fifth Patently Apple posted a report titled "Goldman Sachs is Banking on 900 Million+ Apple Customers to buy nice expensive Apple Products this fall with Apple Card." Today Goldman Sachs Group officially became a credit-card lender by rolling out its first product with Apple but the bank has aspirations to grow much bigger in consumer lending, its chief executive said in an internal memo viewed by Reuters.

Goldman’s CEO David Solomon wrote in an internal email to employees: "Apple Card is big, but it’s also a beginning. In the decades to come, I expect us to be a leader in our consumer business, just like we are in our institutional and corporate businesses."

Solomon did not say whether the bank is looking for other partners to launch more co-branded credit cards, as it did with Apple. Though in describing the area at the bank’s New York headquarters where "the credit card business is being developed." He further stated that the employees embody the strategy Solomon hopes will drive the bank’s future growth: "collaboration of teams across the firm’s divisions...One Goldman Sachs."