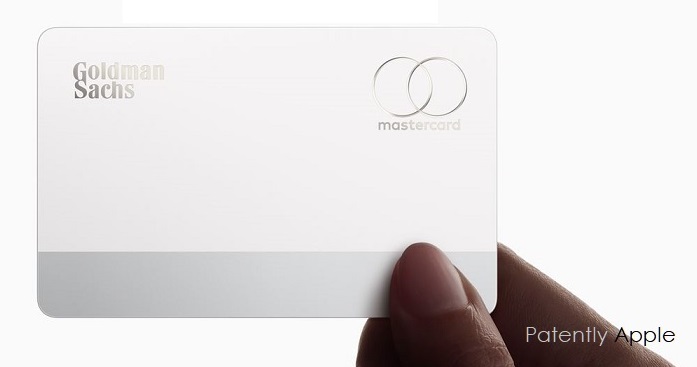 On Friday Patently Apple posted a report that contained a copy of the customer agreement form regarding the upcoming Apple Card. Today there's buzz that the Goldman Sachs Group's Apple Card could appear in Apple Stores as soon as this week.

While Apple's CEO was excited to reveal that the Apple Card would roll out in August, Goldman Sachs Group is just as excited as this is a huge move on their part. Reuters points out that "The Apple alliance will push the brand much further into the mainstream than Goldman’s prior efforts. Effectively, the Goldman Sachs-Apple card will become the vehicle for people who want to buy pricey smartphones, computers and other gadgets from one of the world’s most popular consumer brands."

There are 1.4 billion active Apple devices, 900 million of which are iPhones, as of January. The company has been emailing potential customers about the new credit card’s launch, with Apple Chief Executive Tim Cook saying last week that it would soon appear in stores.

Analysts believe Goldman’s credit-card endeavor will be fruitful over the long-run, even if it takes awhile to get off the ground.

A few years from now, the card will only represent 1-2% of Goldman’s earnings, Wells Fargo & Co analyst Mike Mayo predicted. But, he said, the bank has the advantage of starting from scratch, unlike rivals that are dealing with costly branch networks and old technology.

Mayo added that "These are two iconic brands that are partnering to better compete as part of the 21st century digital banking wars. It is part of Goldman’s pivot. Expect big attention."

While these three projects dragged down Goldman’s return-on-equity by 60 basis points in the second quarter, Scherr predicts that they will bolster profits once they are running at full-scale. For more on this, read the full Reuters report.

It's good enough for most to know the Apple Card is due sometime this month, but if the buzz of it coming out this week happens to be true, then maybe Apple will introduce it on Wednesday when Samsung will be in New York introducing their new Galaxy Note 10 smartphone. While the mere thought of that puts a smile on my face, only time will tell if such a plot will actually pan out.