Home Archives Contact Us Subscribe Twitter Facebook Patently Mobile
IDC Reports Smartphone Shipments Declined 2.3% Worldwide in Q2 with Apple in a bit of a Slump that's beginning to Turn Around
With Apple's Siri "Grading" in the Privacy Spotlight, Apple Decides to Temporarily Suspend the Practice In Q2 shipments in China’s smartphone market was less than 100 million units for the second consecutive quarter. Huawei was the only brand in the top five to show YoY growth with a 36% market share, reaching a record high.

Counterpoint's latest report states that "Smartphone shipments in China fell 9% year-on-year (YoY) during Q2 2019, the third consecutive quarter of a YoY fall, according to the latest research from Counterpoint.

The top five brands as noted in the chart below accounted for a record 92% of the market, but the growth of their overall market share slowed down.

Apple‘s iPhones shipped less than six million, with a 6% market share, the lowest level in a year. The iPhone XR became the best-selling model with a price reduction promotion and contributed to 67% of Apple’s shipments."

Patently Apple reported on this trend on Wednesday in a report titled "Both Apple and Samsung are Seeing the trend of consumers choosing Lower-End Smartphone models," that included links to multiple statistical reports proving this out. 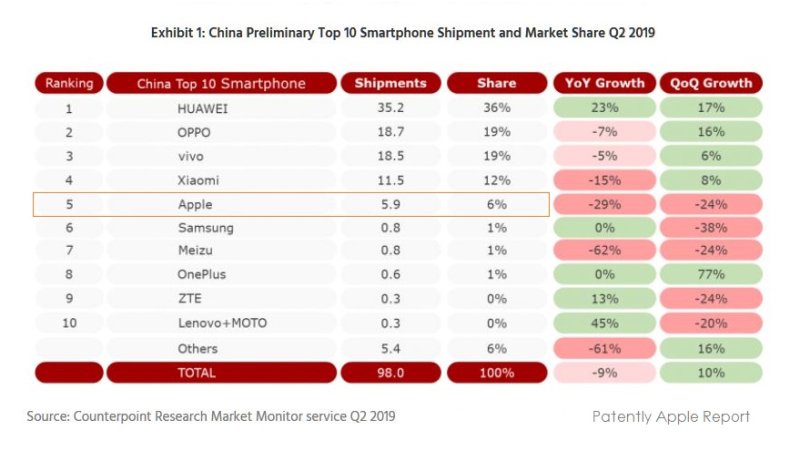 After Apple's financial conference call this week, Apple's CEO told CNBC that there's no sign of a boycott against Apple products. However, Huawei fever in China is at a high as the country is loudly supporting them due to the company being blacklisted in the U.S. that will drag into Europe in the all-important Q4 holiday season. 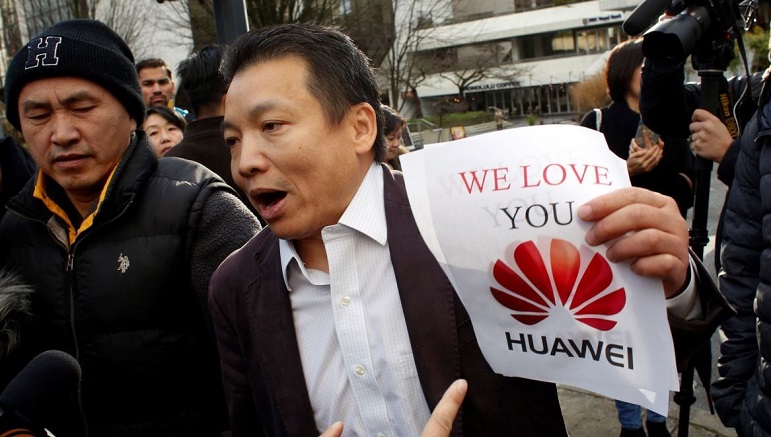 On Huawei's success for Q2, Counterpoint Analyst James Yan stated that Huawei (including it's lower-end HONOR brand) leads the Chinese smartphone market with its market share growing to 36%, reaching a record high.

According to Counterpoint Research, "Huawei’s total shipments in Q2 reached 35.2 million units. Of these, the high-end P30 series accounted for more than five million units," almost matching Apple's total shipments for the quarter showing that in China, the premium market is no longer an Apple only segment.