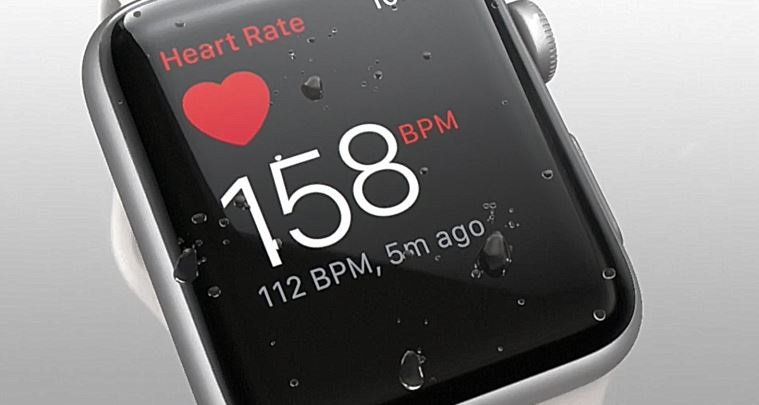 A new report this morning claims that Apple’s health team has seen a slew of departures in the past year after a series of leadership changes and internal disagreements about direction.

CNBC's Christina Farr reports that "Tension has been increasing in the health care team in recent months, according to eight people familiar with the situation, although that undercurrent started several years ago.

Among the most recent departures: Christine Eun, who worked at Apple for almost eight years and has a background in marketing and left this month, according to two people; Brian Ellis, who left the the team overseeing AC Wellness, a subsidiary that operates health clinics for Apple employees, and went back to Apple Music in June; and Matt Krey, who left Apple in May and is taking time to focus on his family, according to LinkedIn. Other recent departures that were previously reported include Warris Bokhari, who went to Anthem this summer, and researcher Andrew Trister, who got scooped up by the Gates Foundation earlier this month.

Some employees have become disillusioned with the group’s culture, where some have thrived while others feel sidelined and unable to move their ideas forward. Four of the eight noted that some employees hoped to tackle bigger challenges with the health care system, such as medical devices, telemedicine and health payments. Instead the focus has been on features geared to a broad population of healthy users.

Apple has been vocal about its commitment to health. It has been a key driver for Apple Watch sales, which have helped turn Apple’s wearables segment into its growth engine as iPhone sales slow. CEO Tim Cook has made to say that health at Apple will be the company’s 'greatest contribution to mankind.'"

How leadership is structured

The report further noted that "The Health team reports to Jeff Williams, the company’s COO, who has a personal passion for the medical sector. Two people said that Williams pushed the Watch team to explore sensors and algorithms in health care in 2016, after it became clear that fashion wasn’t moving the needle for users.

This year, an employee morale survey in the Health team showed signs of discontent, two people said. After the survey, Williams personally spoke with several employees to figure out the source of problem, and expressed he remains deeply committed to the health group. As the COO, however, he has many other duties, including overseeing Apple’s operations and supply chain.

The health group’s leadership includes Kevin Lynch, who oversees software projects, including the group of doctors and engineers working on health records; Eugene Kim, who leads watch hardware; and Sumbul Desai, who oversees the clinical team that runs AC Wellness health clinics, the electrocardiogram app and the Apple Heart Study, and health strategy.

There’s also a separate business development group under former health consultant Myoung Cha that works with health insurance customers, such as Aetna, as well as pharma companies like Eli Lilly and Johnson & Johnson.

Desai, Lynch and Kim all report to Williams. Cha has a different chain of command and reports to Douglas Beck, a vice president of Americans and Northeast Asia. These four leaders manage hundreds of people working within Apple Health, which has aggressively been hiring and expanding in recent years."

Far further reported that "One of the key issues is long-term vision inside Apple’s health-care team. Four people told CNBC that some employees feel the company could be taking on more ambitious projects and doing more in health. However its products and services are mostly confined to wellness and prevention. The people noted these differences of opinion have flared up between the different groups.

Wellness involves helping those who are generally healthy with areas like exercise, meditation and sleep, while medical applications target patients with specific diseases. Wellness is less risky and less regulated than diagnosing and treating disease, but it’s not where most of the cost is in the health care system. Almost 90 percent of U.S. health care expenditures are for people with chronic diseases, according to the CDC.

One faction wanted to introduce a telemedicine service and move into health payments to simplify insurance billing, but were not successful in driving these initiatives ahead.

Others wanted to do more with Beddit, a sleep sensor that a team at Apple spent months vetting before it was acquired in mid-2017." Interestingly Apple was granted a patent today that relates to sleep related technology. For more on this story, read the full CNBC report.

Hopefully one day we'll hear more about the "culture" that some employees were unhappy about. Apple's CEO make a big deal about Apple's culture and values and it appears that some key employees weren't happy with Apple's new culture. Specifics on this would have been appreciated.

While Apple declined to comment on the CNBC report, Apple is likely to downplay any such tensions within the Apple Watch team.