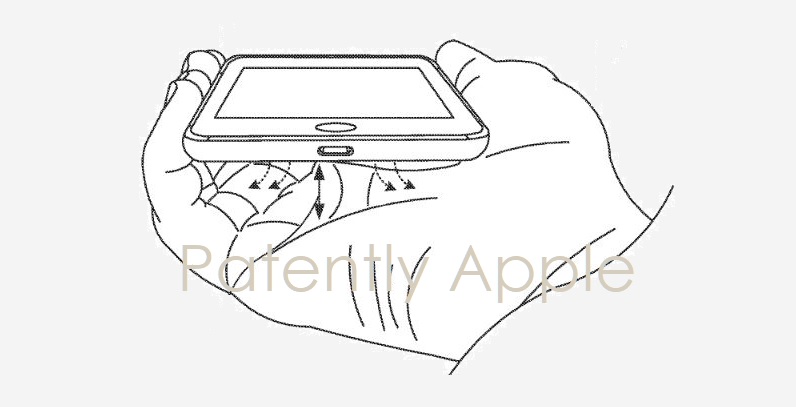 The U.S. Patent and Trademark Office granted Apple 52 newly granted patents today. Our final granted patent report of the day covers two main patents. The first covers a capacitive gap sensor for the Apple Watch's digital crown. The second covers an iPhone heat dissipation case. The invention looks like the iPhone 5C case but the dates of the patent may suggest that this is a whole new case design that's more advanced. Our report covers an iPhone 6 related design patent and we wrap up this week's granted patent report with our traditional listing of the remaining granted patents that were issued to Apple today.

Apple's granted patent relates to Apple's digital crown. More specifically, the Apple Watch's digital crown or "manipulation mechanism" such as a cap or shaft that is moveable in multiple directions includes capacitive sensors arranged in multiple planes with respect to the manipulation mechanism that are associated with the multiple directions of movement.

Apple was first granted this invention under number 10,061,399 a year ago. Apple's second granted patent #10,379,629 issued today, includes 20 patent claims that expand upon the original 20 claims. To review the 20 new claims click here. 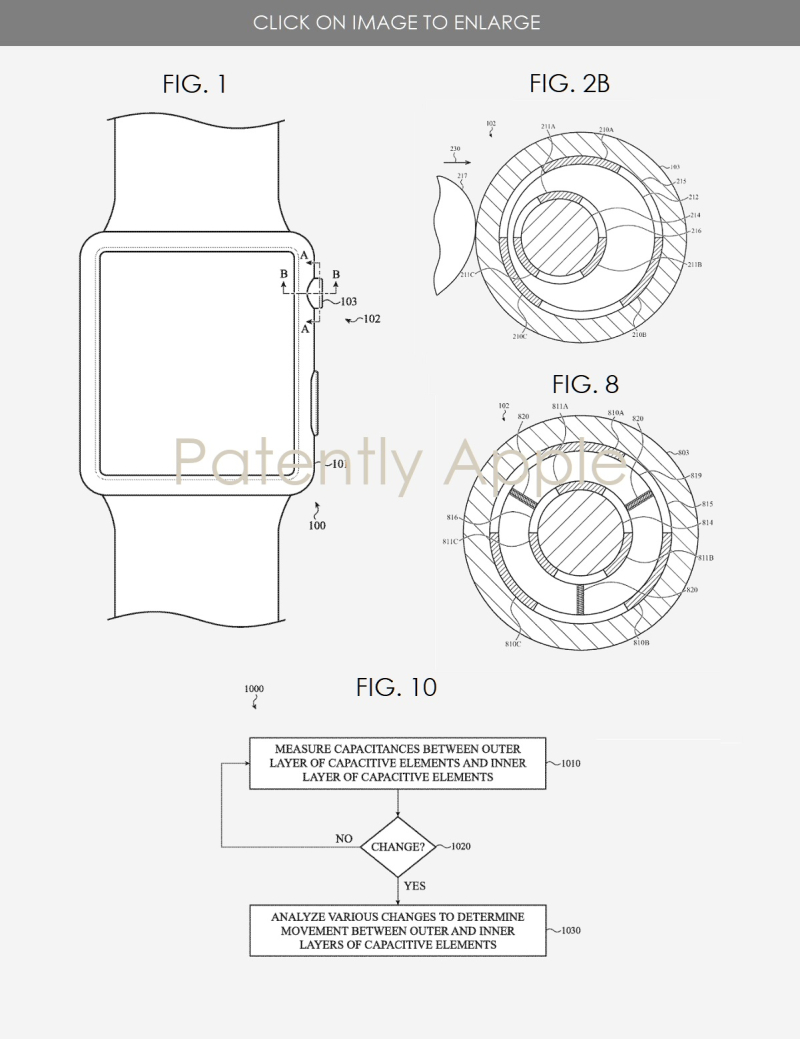 Three of the Inventors

Heat Dissipation Case & Methods for Navigating Heat from an iPhone

Apple was granted patent #10,377,000 that relates to an iPhone accessory case. Beyond providing a protective cover for the iPhone, it provides a heat removal system to draw heat from one or more heat-generating components in the electronic device.

In some embodiments, the second location corresponds to an opening that extends through the shell to allow any of the heat at the opening to dissipate away from the shell.

In another aspect, an accessory device suitable for use with an electronic device having a heat-generating component is described. The accessory device may include a layer that includes an opening. The accessory device may further include a thermally conductive feature at least partially disposed in the opening. In some embodiments, in response to heat from the heat-generating component, the thermally conductive feature absorbs the heat from the electronic device by changing from a solid to a liquid. 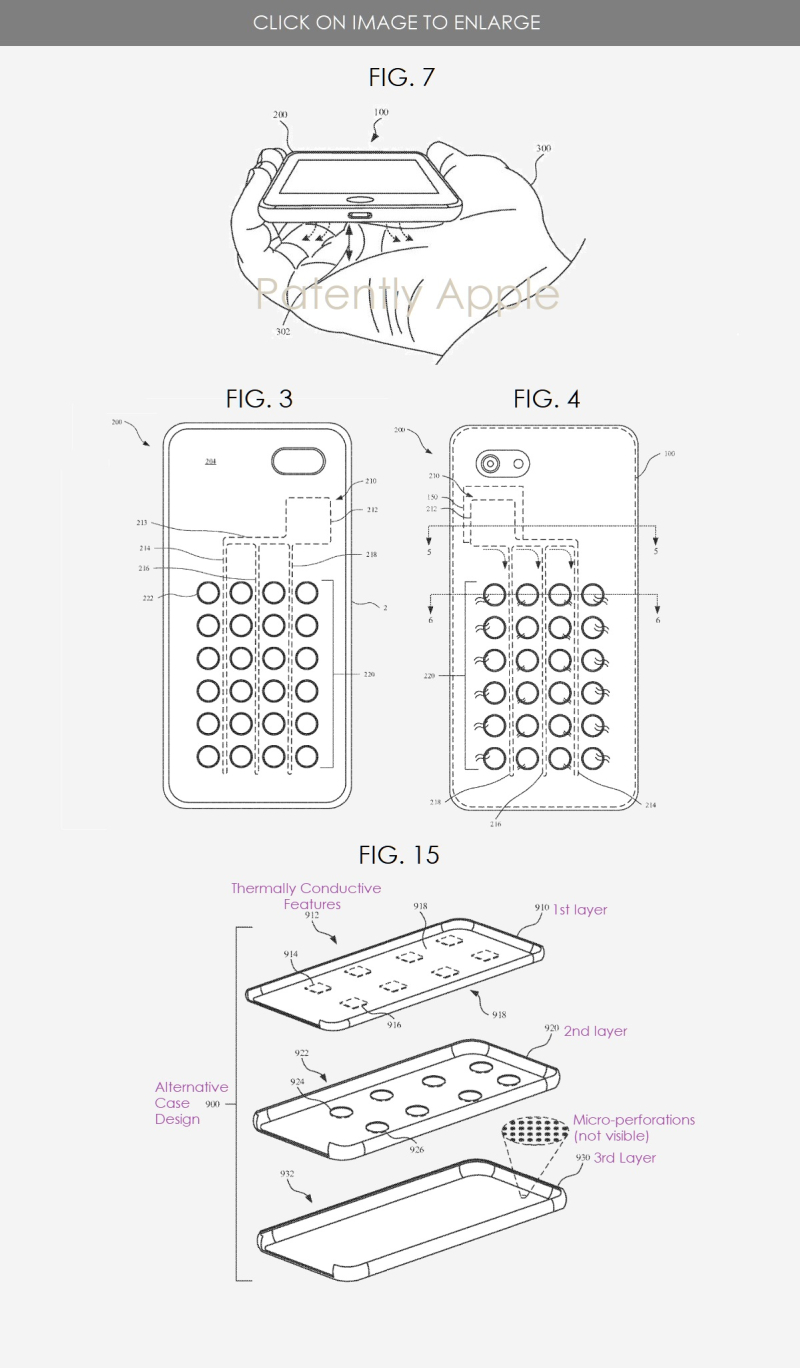 Apple's patent FIG. 15 above illustrates an exploded view of an alternative embodiment of an accessory device

Apple's iPhone 5C case debuted in 2013. Apple's patent filing is dated August 2015 with more work on this having been published in March 2017 when the 5C case had been discontinued. Technically, it appears to be an iPhone case that is faremore advanced than mere cosmetics as the iPhone 5C case seemed to be.

You could check out Apple's granted patent here and judge for yourself if it's the iPhone 5C case or one that is more advanced and yet to come to market. Send in your comments on this case either way. 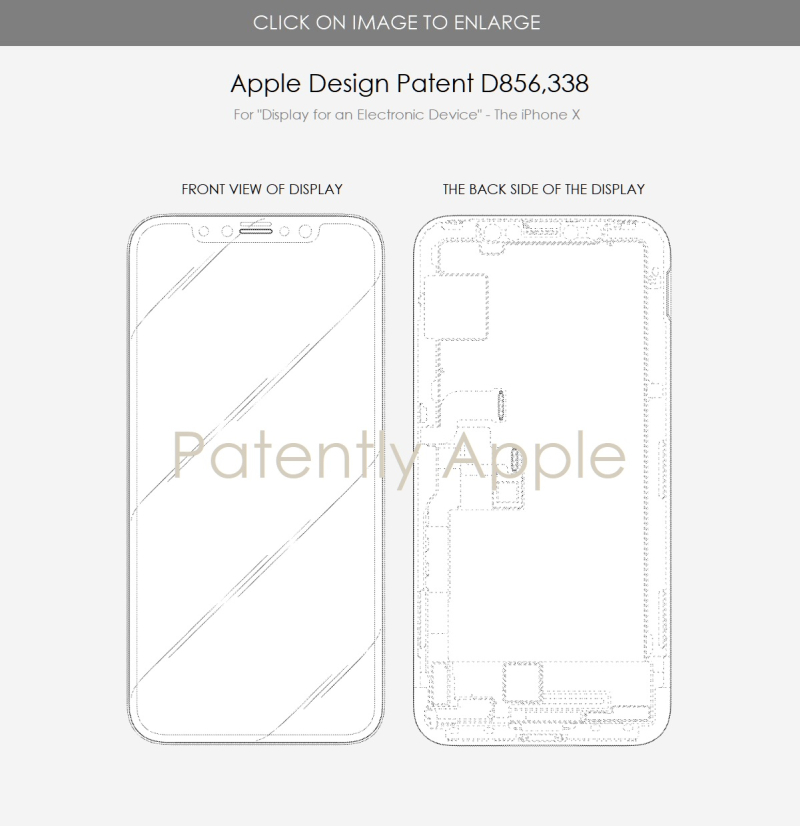 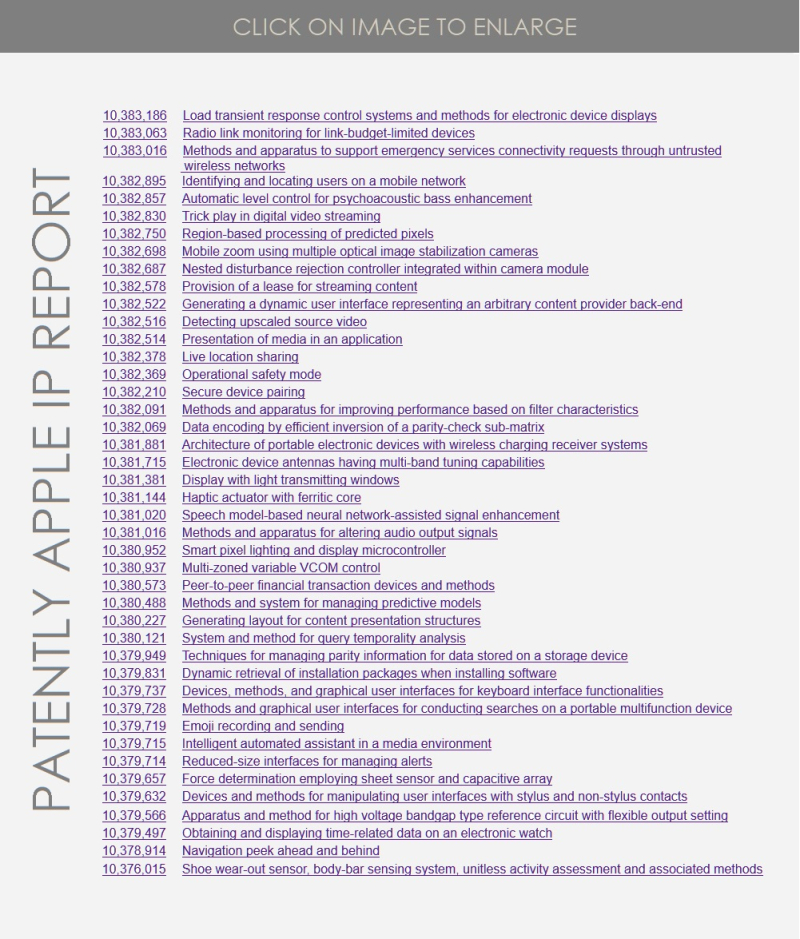